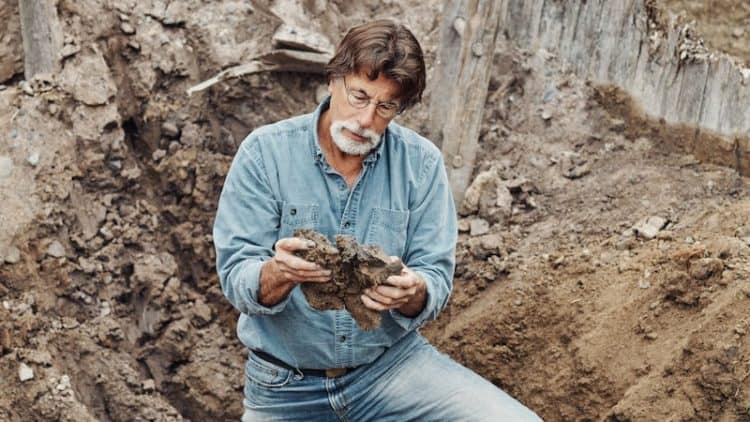 For those that are avid watchers of the show, The Curse of Oak Island might be about to get very real and insanely exciting since thanks to new excavation techniques the Lagina brothers seem bound and determined to go as deep and as far as they can in order to find what the island might still be hiding. The rumors of so many treasures that might be buried beneath, as covered by Amanda Harding of the CheatSheet, and the untold depths of the island are far-reaching at this point but what is obvious is that they’ve already found enough to make it worth the stay and to keep the show running into a seventh season at this point. What they might find as they continue digging seems to be a good question since it would appear from the season trailer that they’ve found a set of steps leading downward. This kind of a find does seem to indicate that at one time the island might have been well above sea level or that the people that socked whatever is there away had their own methods for keeping the deluge back in order to keep their valuables secured from the elements. It does make a person wonder just how thing were done back in those days and who might have hidden what on the island.

Right now it would seem that in season 7 the brothers could be closing in on a huge find that may or may not be there since quite honestly the ravages of time and environment aren’t usually kind to what they might find beneath the earth. That being said though there’s also a lot to be said for the durability of certain items that they’ve already dug out of the ground and have managed to examine upon doing so. Treasure hunters all around the world are usually trying to find the biggest and most worthwhile discoveries that serve as a continual road map to the past and can explain various reasons and motivations behind the loss and secreting of certain treasures within the earth, but as a lot of them would likely tell you the payoff isn’t always quite what one can expect. So far in this program the amount of money that’s been spent is tremendous since as you can imagine digging out an island even the size of Oak Island isn’t cheap and is bound to incur a lot of extra costs that aren’t going to be expected. Thus far however the Lagina brothers have managed to hold on and keep pushing forward as they continue to seek the type of treasure that many people the world over would find absolutely priceless and worth noting.

When the typical question, whether it’s all real, is asked however, writers such as Allison Cacich of Distractify are usually there to say yea or nay. In this case however the dig is pretty genuine as throughout seven seasons there hasn’t been much doubt about what’s going on. It’s enough to be able to tell that the brothers and those with them are encouraged to beef up the drama every now and again just to make it a little easier to watch and more palatable for the viewers, but thus far it would seem as though everything is on the up and up. Season 7 is already seeming as though it’s going to be a monumental time since the prospect of finding the fabled Money Pit is something that you can’t help but think is enough to keep the brothers digging away and to keep the fans excited that a true and very important find might actually happen at some point. One problem right now though seems to be the continual flooding that occurs the moment they continue to dig downward. There’s no telling just what condition anything they find might be in at any given moment, but at this rate if there’s anything other than treasure made of metal or gems, or bones, there’s a good chance that it’s been destroyed beyond repair.

Fans of the show are no doubt going to be watching with mounting tension as the brothers continue to push forward and seek to find something that might be beyond the hopes and dreams of many treasure hunters since as you can imagine, finding the Money Pit or something of equal measure would be nothing short of a miracle as well as the find of the century perhaps. Legends and curses and myths aside, a lot of people tend to get excited about the prospect of a very Goonie-like dig such as this and tend to think that the treasure will always be worth the sacrifice. In the case of Oak Island however those words seem a little more dire than normal, since if you remember the legend it states that seven people will die before the treasure is found, and six have already perished. Season 7 might turn out to be something that no one could anticipate.