Home
Movies
Everything We Know about Trolls World Tour So Far 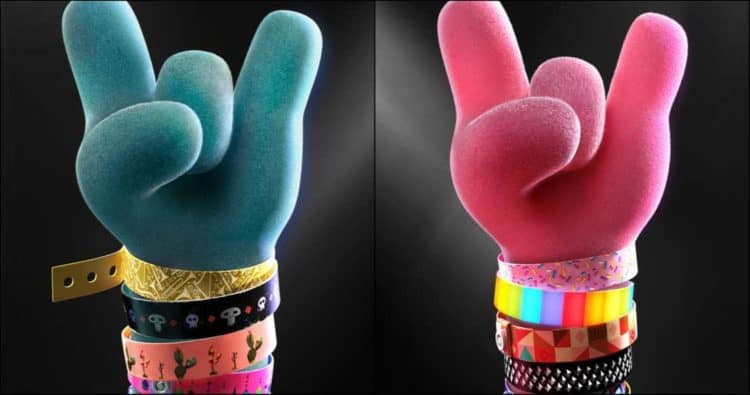 If the first Trolls movie looked like an acid trip through lala land, Trolls: World Tour looks like that same acid trip but combined with a worldview that takes the wild-haired bunch on a ride that’s bound to feel somewhat disjointed but in the most pleasing of ways. I would say that it looks like the acid trip from the first on steroids, but that might not be accurate considering the content of the story and how it seems to develop. One thing that is obvious is that Anna Kendrick and Justin Timberlake are returning to their respective roles of Poppy and Branch, and it almost seems as though they’ve reverted back to form despite the fact that Branch is now an active part of the community.

When it comes to light that there are different types of trolls however it is also discovered that there are six different strings that represent six different types of trolls that are all bound by the kind of music that they produce. For Poppy and her people the Heart string is what powers their musical qualities, while there remain other strings such as Classical, Country, Funk, Rock, and Techno. The trolls that control the Rock string are bent on dominating the rest of the communities and are therefore attempting to gather up the other strings in order to destroy all but their music, which of course Poppy and Branch can’t allow since all types of music are important and have to be preserved. That being said, this movie seems to promise that rock is going to be initially seen as cool and edgy but also used as a weapon of destruction against the other troll races. It’s also got to be said that while Poppy’s idea of hugging it out seems like a, well, okay idea, it might also be necessary to simply combat the Rock trolls in a manner that might be a little more to Branch’s liking, meaning to meet them head on and forego the hugging to have a battle that will decide who’s going to be the most dominant.

But of course this is a kids’ movie so that’s not going to happen, but it does seem as though a musical battle could occur since it does make a lot of sense. That being the case you can imagine that the voices of the actors will be put to the test once again as they attempt to come up with another hit like they did for the first movie. At this point it sounds like the movie will be getting a 2020 release date and will be featuring some very interesting talent that will serve as the voices for various characters within the story. Apparently even Ozzy Osbourne is getting in on the act, which is likely to excite a lot of people since Osbourne is almost always welcomed no matter where he shows up.

From the trailer it’s already evident that the Rock trolls are going to be kind of aggressive and more than a little confrontational as they go about trying to collect the strings for their dastardly plot, and it’s obvious that they gather one string, which would appear to be from the Techno trolls, as they make their way along. It almost feels as though they might acquire all but the Heart string as the name simply implies that it’s going to be stronger and more resonant than any of the others by dint of being the one string that all the others rely upon for their own strength. In any movie, be it an animated kids movie or a live-action film, heart seems to be the one thing that is almost always emphasized since it takes that internal fortitude to soldier on and keep going when all hope seems lost and there’s nothing left to fight for. This was shown in the first Trolls movie when Branch finally came to realize just what it was to be a part of the community and helped to bring everyone back. Heart is by far one of the strongest forces in a lot of movies since it keeps people going long after they want to quit, long after they probably SHOULD quit, and it becomes the one thing that hopelessness and despair can’t stand against if someone has a strong enough heart to persevere and continue onward. So yeah, the prediction for this movie is that the Heart string will outlast the others and prove to be the linchpin that is responsible for beating the Rock trolls back and reminding them just what powers their own music, and that if the Heart string is destroyed, then so is the rest of the music.

So while this movie might seem like a serious trip down LSD lane it also seems as though it might be another good moral lesson for kids to learn.