Home
Movies
Everything We Learned from the Batman: Hush Trailer 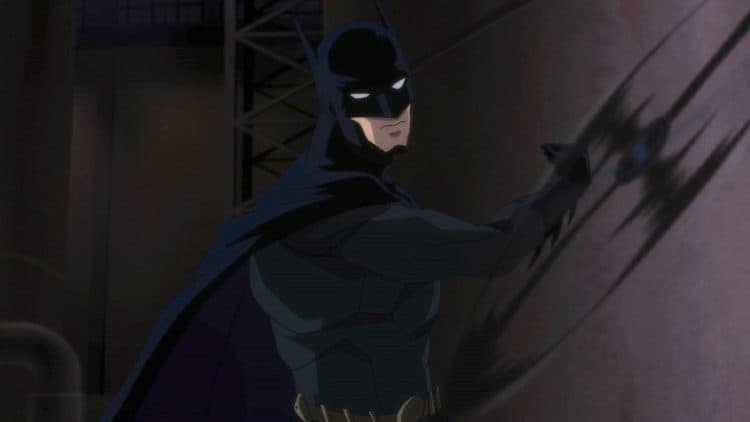 One thing that most fans of Batman know at this point is that Batman/Bruce Wayne has a long, long list of issues, as well as enemies. It comes from donning a mask and outfit and acting like a vigilante in order to rid one’s city of crime though, if a person pushes the criminal element they tend to push back. The “Hush” story line however is one that delves into Batman’s past in a way that entangles quite a few individuals that he’s dealt with over the years and takes on a very personal note that crosses the line between Wayne and Batman pretty frequently since separating the two isn’t always as possible as one might think. In this story line Batman is forced to deal with someone that knows a great deal about him and about who he really is.

As James Whitbrook of io9 puts it this story is about someone from the dark knight’s past that comes to the fore in order to remind Batman of something that was done long ago that he’s now being made to pay for. You know, that old chestnut. This time however the enemy has the advantage of knowing so much about the dark knight that he holds a definite edge in the battle since it would appear that he’s everywhere and is able to subvert anyone to his cause. You know when a villain can manipulate other villains and even other heroes they’re no joke. It takes a lot to surprise the Batman and even more to come close to assassinating him, but one has to think that it’s above and beyond many villains to actually pit superheroes against him via villains since that’s not only a lot of work, but it tends to be a roundabout way of doing things that a lot of Batman villains don’t seem to have the patience for.

There are a lot of trust issues in this story as Don Kaye of SyFy Wire indicates, especially since Hush is making things so personal when it comes the Batman. Out of many superheroes he’s definitely one of the most tortured thanks to his past and he’s also one of those that seems to hold his past the closest to him, as though he’s afraid to let it go. This is evident in just about any Batman cartoon or live action movie you watch since Bruce Wayne is almost incapable of letting anything go so that he can have any semblance of a normal life. It’s not exactly his fault though to be honest since normality and his life don’t seem to mesh all that well. This is probably why Batman’s enemies are equally dark if not more so and seem to like playing with him in a very sadistic fashion, they know he’ll rise to the bait and they know that they can goad him further than just about anyone since he’ll brood over the smallest detail that other heroes might let slip and never focus on.

Jim Vejvoda of IGN has continued to push the announcement that the movie will be coming out on DVD this summer so there’s not too long to wait to see just how this story shakes out, though many comic fans might already know the tale and are merely waiting to see it put into motion. Batman has so many compelling tales that it’s hard to think about just a few of them here and there since he’s one of the few heroes that seems to thrive on drama. His entire life throughout the comics has been little more than stirring up trouble by trying to stop trouble from happening, no matter that his intentions are good and he means to do as much for his city as he can. The only issue there, and the trailer and the story back this up, is that he ends up doing more harm since the crooks that want to conduct their business will start going to any means possible to get rid of him, which means becoming stronger, more powerful, and therefore more destructive. The whole hero/villain dynamic is something that many people see as fun and entertaining and that’s great since it does offer a useful escape from the world we know. But in theory a superhero is just as damaging to their environment as a villain since while they want to do what’s right, see justice served, and all those noble ideals, they tend to inspire those that want to watch the world burn and tear it down piece by piece.

Bad guys aren’t born just out of desperation and a need for vengeance or personal justice. Sometimes they’re created by the presence of those that take justice to an extreme that demands an equal if not greater reaction.