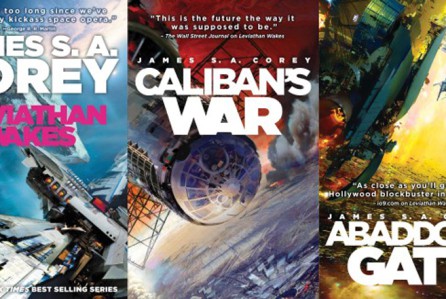 The Expanse is one of SyFy’s numerous new dramas intended to bring the network back to its roots as a science fiction network. Currently, the network doesn’t have a single currently running show that takes place off-planet, and has several which could easily be considered fantasy rather than science fiction. Shows like the Expanse are taking them back to the days when SyFy was synonymous with a space opera or military science fiction show, days that I miss and that I have long hoped would return. The show, based off of James S.A. Corey’s series of novels, is set 200 years in the future and follows the case of a missing young woman that leads into the exposure of a major conspiracy.

The show’s new members include Dominique Tipper, who will play Naomi Nagata, a native of the “Belt” who prefers machines to people, and Wes Chatham, who will play Amos, a Martian born engineer. Cas Anvar will be playing Alex Kamal, who is a retired Martian Navy pilot. Paulo Costanzo plays Medical Technician Shed Garvy and Jay Hernandez plays Havelock, an Earth cop. This is the first one of the new wave of science fiction and fantasy books being turned into shows that has received a full official casting, and was picked up straight to series months ago based on a script by Mark Fergus and Hawk Ostby. Other shows in the genres that have been picked up to series or pilot include MTV’s series based off the Sword of Shannara series and Spike’s recently picked up rights to Kim Stanely Robinson’s Red Mars series.Â  Previously announced cast members include Thomas Jane, Florence Aghdashloo, and Steven Strait. The first two episodes will be directed by Terry McDonough.Â  The show will premiere sometime during the 2015 season on SyFy.Â  I know that I for one am looking forward to seeing what this talented group of directors, writers, and actors can offer.