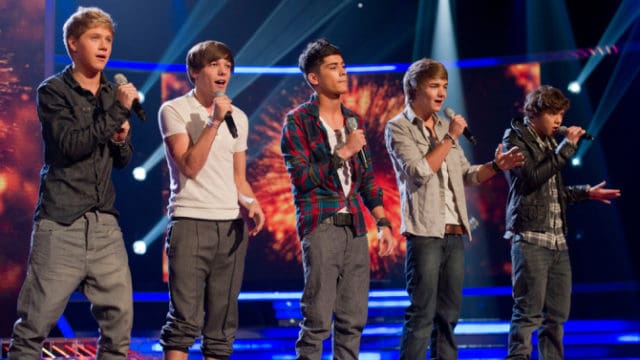 Just when we thought America was cooling off on singing competitions, American Idol makes a surprise comeback, and ABC announces the arrival of “Boy Band.” The latter is a unique show in that the competitions ultimate goal is selecting the top 5 contestants to be a part of a supergroup. But what can you expect from Boy Band? Is it worth tuning in?Â  The first episode premiered on Jun 22nd and if “meeting the boys” is any indication, there will definitely be an audience for this show.

Here are five things you can look forward to from ABC’s new singing competition.

For this group of 30 contestants, this is a once in a lifetime opportunity. Many of them have worked their entire lives for this moment, and they’re not going to have it taken away from them without a fight. For that reason alone the competition will be full of infighting, squabbles, and more than a little bit of heartbreak. When your hopes and dreams are so close that you can taste them, but a person is standing in your way trying to take your place it’s almost inevitable that temperatures will rise.

What’s a singing show without talented vocalist? Whenever a singing competition is announced people journey from all across the country seeking their chance at superstardom, and only the best make it to the competition phase. No doubt at least a few of these guys are going to have breathtaking singing voices. That’s what they’re there for, that’s why they were selected, and you can be sure with celebrity judges and all of America watching they’re going to bring their A-game.

Some not so talented vocalists

What singing television show would be complete without a few outtakes from tone-deaf tryouts? Made famous by American Idol, when it comes to television talent competitions putting a brief spotlight on the not so talented contestants for a light-hearted chuckle is a staple. So yea, expect a few hilarious outtakes.

Boy Band will be equipped with 4 star judges that know a thing or two about the music industry. There’s singer Rita Ora, super producer Timbaland, Nick Carter, and Emma Burton. Nick and Emma’s experience from being in the Backstreet Boys and the Spice Girls, will definitely help in narrowing down the talent pool. But the most intriguing part is when you mix together the egos of a panel of judges that are successful in their own right. Looking at the list of names set to judge this competition you can bet they won’t disappoint.

A little (a lot) of cheesy-ness

Let’s be honest… Boy bands are a bit cheesy. With their glossy hairstyles, predictable choreography and often annoyingly catchy lyrics it’s hard not to see why boy bands have been the butt of many jokes over the years. Let’s hope this show doesn’t go too far over the top. We don’t want to watch a N’Sync parody play out live on our TV screens.

ABC’s Boy Band has an opportunity to be an intriguing addition to your television lineup. Will people give the show a chance? Only time will tell, I for one hope they do. Judging by the previews, it looks like ABC might have put together a good piece of television with this one. Make sure you tune in and give it a shot.