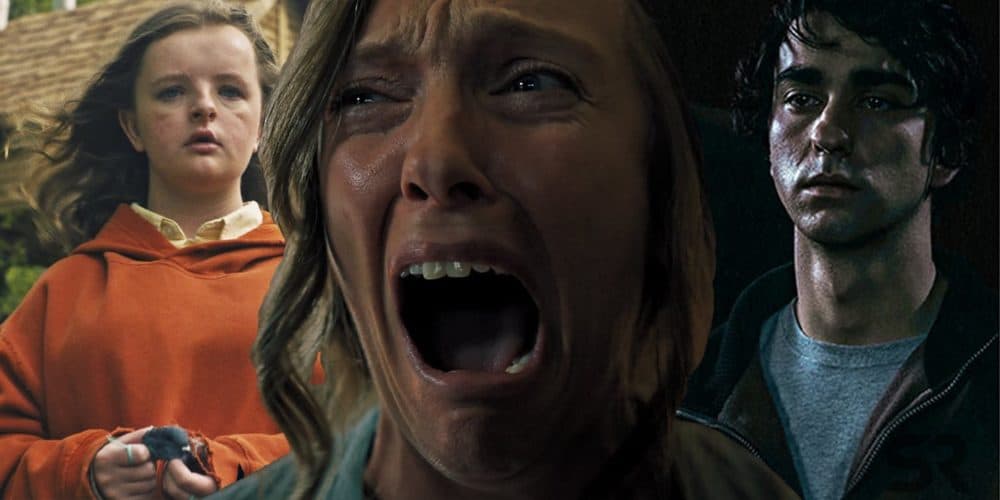 In the lead-up to the upcoming release of Incredibles 2, much of the cinematic discourse is still mulling over what exactly to make of Hereditary: newcomer Ari Aster’s pseudo-arthouse horror movie that seems in many ways to be the culmination of similarly difficult, high-minded and largely inaccessible (but no less revered) genre fare like The Babadook (2014), The Witch (2015), The Neon Demon (2016) and A Cure for Wellness (2017).Â  Like these movies, it’s a deliberately paced, methodically composed and sharply written film that is practically designed from the ground up to demand more of its audiences than more casual scary movies like It (2017) or Hush (2016): both excellent movies, but designed more to scare you in the moment than to haunt you after the house lights come back up.

In Hereditary‘s case, the discourse seems centered on its final act (which, SPOILER WARNING, means that I will need to dredged up the specific narrative details that inform that ending.Â  Consider yourself warned.).Â  On a purely surface-level textual reading, after being haunted by the ghost of her dead daughter, dead (and emotionally abusive) mother and the decidedly alive satanic-adjacent cult whose members have hidden themselves in plain sight as Anne’s (the protagonist’s) friends and neighbors, Anne’s husband is accidentally (and supernaturally) burned alive before a seemingly possessed Anne assaults her son, driving him to ultimately throw himself out of their attack window. 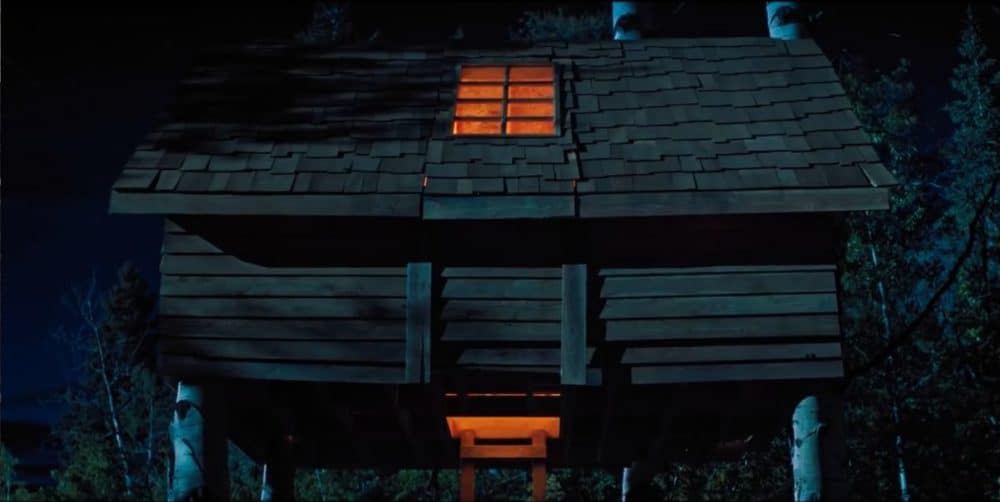 But whereas a lesser movie might have ended right there (the cult victorious, our heroes either dead or demonically corrupted), Hereditary goes several steps further.Â  Anne’s son, Peter, rises as if in a trance.Â  He sees his mother’s decapitated body float phantasmally up into his dead sister’s treehouse.Â  Flanked by a company of naked cultists, he enters the treehouse where there is a shrine to the ancient chaos God that is the subject of the cult’s worship.Â  Bowing before it are the headless corpses of his mother and grandmother.Â  Joan, the cultist who has been our on-the-ground connection to the supernatural goings-on in the movie thus far explains a convoluted internal mythology that supposedly explains the events of the film and that’s that. 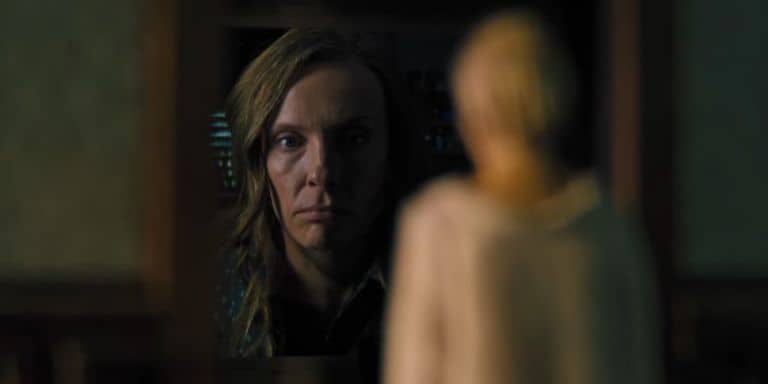 While that is indeed the simple, surface-level reading that many movie-goers walked away with, I can’t bring myself to think of it as the “true” ending: the one that explains what all really happened over the preceding two-hour run-time.Â  Like many of the other arthouse horror movies that have gained traction in recent years, we first need to dig a little deeper in order to get at the heart of the story.

You see, I don’t think that anything supernatural at all happened in Hereditary.Â  Not a single thing.Â  No seances, no hauntings, no cults and no reincarnated chaos gods possessing the body of our defeated Human host.Â  And the reason why is right in the movie’s title. 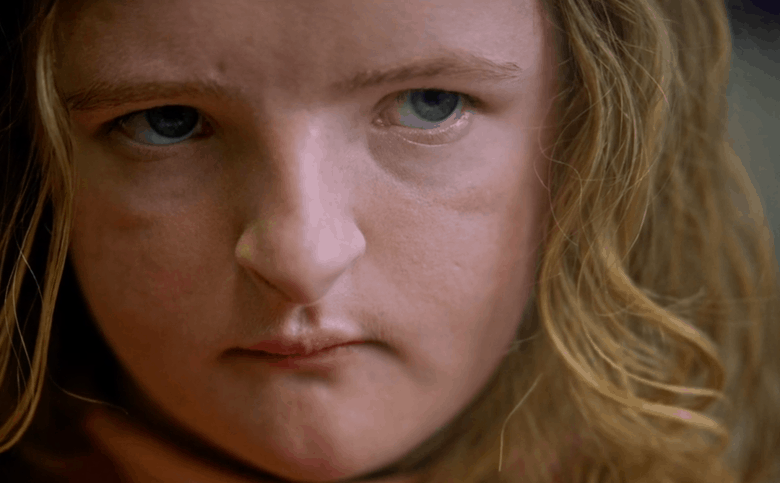 You see, it’s all hereditary.

It’s established early in the film that the Graham family — particularly on the mother’s side — suffers from the full gamut of psychological and personality disorders that are frequently the crux of slasher movies.Â  Anne’s father suffered from depression and starved himself to death.Â  Her brother was a schizophrenic who delusionally accused their mother of trying to put people inside of his body and killed himself.Â  Their mother was emotionally abusive, manipulative and suffered from dissociative identity disorder (ie, suffered from manifesting multiple personalities).Â  Anne herself was previously the subject of extreme bouts of sleepwalking, during one of which she nearly burned herself and her children alive (before thankfully waking up and dousing the match). 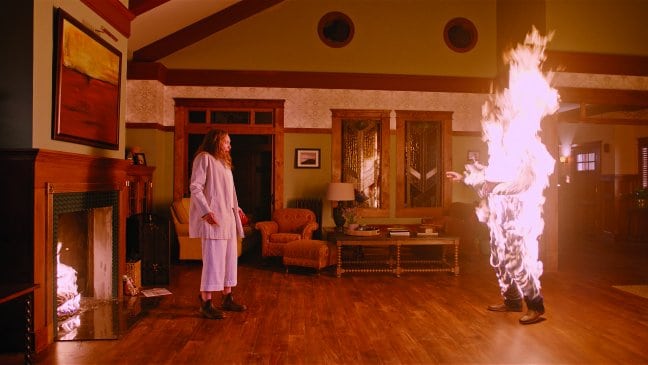 That’s a Hell of a family and personal history and largely comes out all at once in a single scene where the audience can scarcely absorb more than the shocking and emotional impressions of the confession.Â  First suffering under the stress of losing her mother (with whom she had an emotionally complicated relationship) and later her daughter (who was decapitated en route to the hospital in a car driven by a son that, in a dream she confessed to trying to abort by inducing a miscarriage).Â  Over the course of the film she is shown to be sleepwalking again, during which time she nearly strangles her son to death in his sleep.

Again, this is a lot to take in, even in a movie as deliberately paced and long as this one.Â  But one thing above all proves to be the narrative through-line: the mother (and all of her family) are profoundly mentally ill and are, without exception, a danger to themselves and others.Â  The film opens with one major emotional trigger, the death of Anne’s mother, and builds to a second one, the death of Anne’s daughter Charlie.Â  She begins violently sleepwalking again, her husband accuses her of graverobbing her mother’s burial plot when she shows him her decapitated body and her brother delusionally believed the exact same thing that is the ostensible plot of this movie: that his and Anne’s mother was trying to put a different person inside of him. 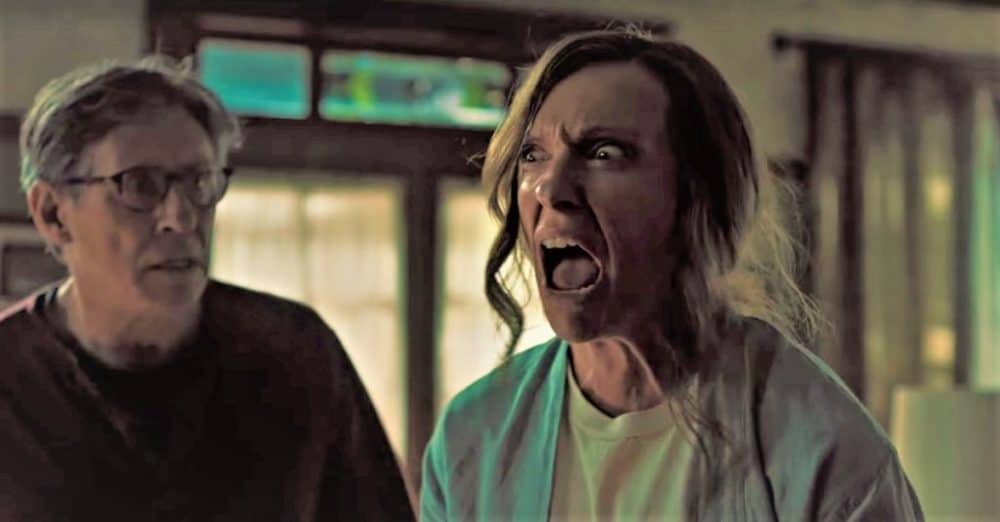 With this in mind, the movie’s kills aren’t too hard to account for.Â  Her sick mother died in hospice.Â  Charlie died in a tragic accident.Â  Anne’s husband Steve was burned alive: not because of some soul-linked picture book, but in the same manner that Anne nearly killed her own children years before (by burning him alive).Â  After suffering from a full psychotic break, she tears through the house trying to kill her son Peter, who locks himself in the attack and suicidally throws himself out of the window when he discovers his grandmother’s corpse.

The end, though, is a bit stranger still.Â  Rather than the result of the dark machinations of some fringe cult, this is the culmination of Anne’s delusions: in which she dreamed up the cult, its members and its malevolent schemes in their entirely (based off of the earlier delusions of her schizophrenic brother).Â  She imagines herself as Peter, walks into the treehouse (with which she had become obsessed since Charlie died) and further imagined the mythology of the god that she now believes to be possessing her son’s corpse.

The Hereditary of the title, otherwise unremarked upon, is nothing more or less than the hereditary illnesses passed on generationally through her family.Â  Although tentatively beginning in the film’s second act, by the third (of four), Anne’s delusions of ghosts haunting their home and cults stalking her family have begun to terrorize her surviving family members and caused her son to suffer from hallucinations (of Charlie and others) and seizures (during which he appeared to strangle himself before breaking his own nose on his desk).

If you were waiting to watch this movie another time and are even remotely interested in the premise, you should go watch it while it is still in theaters.Â  If you already saw it and, until now, had no idea what to make of its ending, go see it again.Â  Look for the clues sprinkled sparingly by clearly throughout its narrative.Â  This is a movie that strongly rewards multiple viewings and careful analysis.Â  Even nowadays, it’s not often that we get one of those.