Home
NBC
The Fall of the NBC Thursday Night Lineup 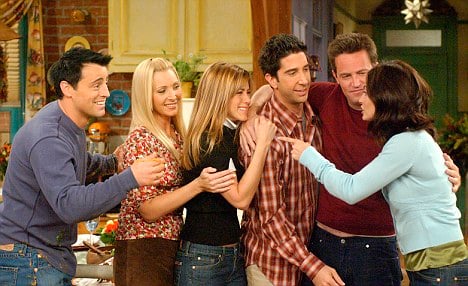 It is the end of an era for the NBC network. The network that brought us such huge Thursday night hits asÂ Seinfeld, Friends,Â andÂ The OfficeÂ did not air a single comedy during its NBC Thursday night lineup a few weeks ago. This is big news considering at least one comedy has aired on the Peacock network on that day of the week for that last 33 years. Over the course of three decades, there were times when a comedy would not air on Thursday, but that would be during the summer months or when NBC would air special programming during the night. It is no shock to viewers that NBC decided to make this decision. Comedies have been struggling greatly on the NBC Thursday Night lineup sinceÂ FriendsÂ left the air after ten glorious season in 2004. Let’s take a look back overÂ thirty years and relive some of the highs (Must See TV era) and the lows (Comedy Night Done Right era) NBC has experienced on Thursday nights.

NBC’s “Must See TV” slogan was first used during the NBC Thursday night lineup inÂ 1982 and stuck around until 2006. The first two series to become a part of this legacy wereÂ Cheers,Â starring Ted Danson and Shelley Long, andÂ Taxi,Â starring Tong Danza and Danny Devito. This was the year that CheersÂ premiered and whenÂ TaxiÂ would make the transition from ABC to NBC.Â CheersÂ would remain a part of the NBCÂ Thursday night lineup for its entire eleven-season run, whileÂ TaxiÂ would end after only being on NBC for one year.

The following year, NBC added the 8 o’clock hour to its comedy block withÂ Gimme a Break!Â anchoring the night. This would also be the year thatÂ Family TiesÂ would make the move to Thursday nights and eventually become a top ten rated show. The ratings continued to climb for the NBCÂ Thursday night lineup of shows whenÂ The Cosby ShowÂ would begin airing at 8 PM. The series would be the most watched show on television for five of its eight seasons. NBC decided to take advantage of the success ofÂ The Cosby ShowÂ and spin-off the character Denise Huxtable after she graduated from high school.Â A Different WorldÂ would follow Denise to Hillman College and be a top ten most watched program during its first four seasons. Other popular sitcoms on the NBC Thursday night lineup during the 1980’s wereÂ Night CourtÂ andÂ Dear John.Â

The Cosby Show, A Different World,Â andÂ CheersÂ continued to be successful comedies for the NBC Thursday night lineup in the early 90’s; however, by 1993, all three of these series would end their runs on television. During that time, NBC was able to find success withÂ Seinfeld (though not at first) andÂ Wings.Â In 1993, NBC would moveÂ Mad About YouÂ to Thursdays and theÂ CheersÂ spinoffÂ FrasierÂ would premiere. The following yearÂ FriendsÂ would begin airing afterÂ Mad About YouÂ and continue to stay on Thursdays for its entire run. It would anchor the night from season two forward, whileÂ SeinfeldÂ would air at 9 PM. Other popular series that aired on the NBC Thursday night lineup during the 1990’s wereÂ The Single Guy, Suddenly Susan,Â and Veronica’s Closet.

This is around the time that NBC would begin to struggle on Thursday nights.Â FriendsÂ was still a top ten program, but the network was competing against CBS series’Â SurvivorÂ andÂ CSI.Â Will & GraceÂ proved to be a successful sitcom and actually cracked the top ten during the 2001-2002 television season, which was the same season thatÂ FriendsÂ was the most watched series on TV. Just Shoot MeÂ andÂ ScrubsÂ were top 20 shows during this time as well.

WhenÂ FriendsÂ would end in 2004, NBC thought they would find success by creating a spin-off for the character Joey Tribbiani. The move proved to be bad one asÂ JoeyÂ would only last for two seasons before being cancelled. Also, by this timeÂ Will & GraceÂ had declined significantly in ratings and would not even crack the top fifty of the most-watched television shows of the 2005-2006 season. According to TV.com, since 2005, NBC has created 47 sitcoms. That equates to an average of four new comedy shows a year. Of those 47 only 11 were awarded with a second season. A meager five of the 11 series received pickup for a third season. Those shows areÂ My Name is EarlÂ (cancelled after four seasons),Â The Office, Parks and Recreation, Community,Â andÂ 30 Rock.Â NBC decided to air reality programming during the 9 PM hour during this time frame, a first for the network in 20 years.Â The ApprenticeÂ andÂ Deal or No DealÂ proved to be successful for the network on Thursdays.

NBC decided to change their slogan since it was clear that the shows airing on Thursday nights were no longer considered “Must See.” In 2006, NBC used the slogan “Comedy Night Done Right,” The one and only series to rank in the top 50 most popular shows during this time wasÂ The Office.Â Some series that aired that you may have forgotten about includeÂ Andy Barker PI, The Paul Reiser Show, Up All Night, Outsourced, Perfect Couples, 1600 Penn, Go On,Â andÂ Whitney.Â Up All NightÂ andÂ WhitneyÂ would be the only two to make it to a second season. The network received stiff competition from ABC, which airedÂ Grey’s AnatomyÂ andÂ Scandal.

NBC would end up dropping the “Comedy Night Done Right” slogan in 2013, when it was clear that NBC was not doing anything right when it came to their Thursday night programming. That seasonÂ CommunityÂ andÂ Parks and RecreationÂ would continue to air despite low ratings.Â NBC would debut three new comedies:Â Welcome to the Family, The Michael J. Fox Show,Â andÂ Sean Saves the World.Â Welcome to the FamilyÂ would last three episodes. NBC was hoping that Michael J. Fox and Sean Hayes’ shows would be ratings winners since the two actors had both been on Thursday night comedies that were successful for the network in the past. However, both shows would not make it to a second season. In the fall of 2014,Â The Biggest LoserÂ would air at 8 PM. The last time a comedy did not anchor NBC’s Thursday night block was in 2008 whenÂ Deal or No DealÂ would briefly air at that time. 2014 also saw the addition of two brand new comedies. However,Â A to ZÂ andÂ Bad JudgeÂ would both be canceled after thirteen episodes.

What was your favorite NBC Thursday night comedy? Let us know in the comments section below.