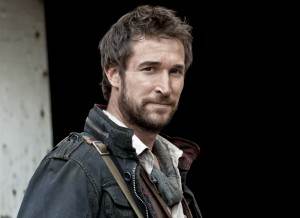 TNT premiered its newest show last night. Falling Skies is produced by Steven Spielberg and stars Noah Wylie. The good news for fans of the show is that Falling Skies did extremely well in the ratings.

According to TNT and Nielson, more than 5.9 million people tuned into the premiere of the show. TNT boasts that:

TNT was clearly pleased about the reception for the new show: ‘The enormous success of Falling Skies demonstrates what can happen when you partner with the best people in the business and give them what they need to do their very best work,’said Michael Wright, executive vice president, head of programming for TNT, TBS and Turner Classic Movies (TCM). This certainly bodes well for the possibility of the show being renewed for a second season.

Beginning this Sunday, Falling Skies will air in its regular timeslot of 10:00 p.m., following the season premiere of Leverage.