After nearly having their hopes dashed on last week’s episode of Falling Skies, the 2nd Mass discovered there were other survivors in Charleston, SC. Not only the remnants of society but the establishment of the new Capital of the United States of America.

This Sunday, on “The Price of Greatness” we will meet Arthur Manchester, played by the omnipresent Terry O’Quinn, who was once Tom Mason’s mentor and professor. What else might we discover as we trek into Charleston with the Tom, Weaver and their merry band of refugees? Let’s play one of my favorite games while looking at the promo photos – speculation!

Is it just me, or are they standing still? That escalator has electricity! Could that also explain the looks on their faces as if they are the first astronauts to land on the moon? The capitol must seem exciting at first glance. 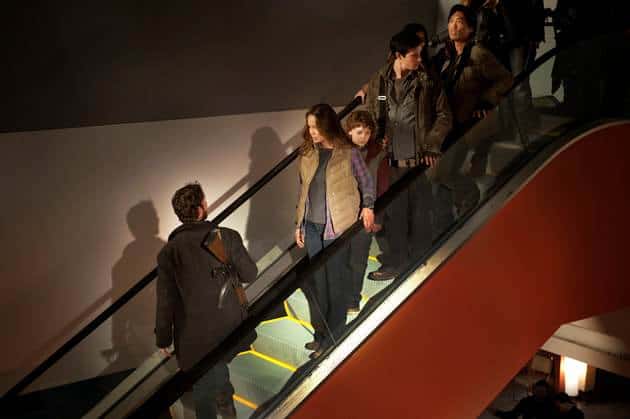 Everyone looks happy to be there. That always screams “red flag” to me. Well, the ominous previous shouting that not everything is as it seems played a part, as well. I’m getting a UK Survivors vibe off of what’s ahead, and that’s a good thing. A very good thing. 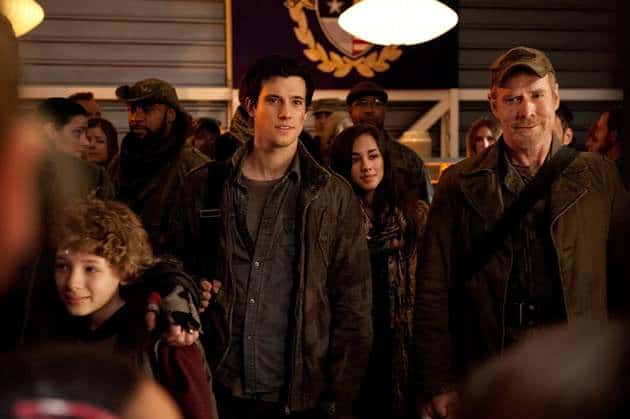 Looking a little more somber, the elder Masons and Weaver might have heard something not to their liking. 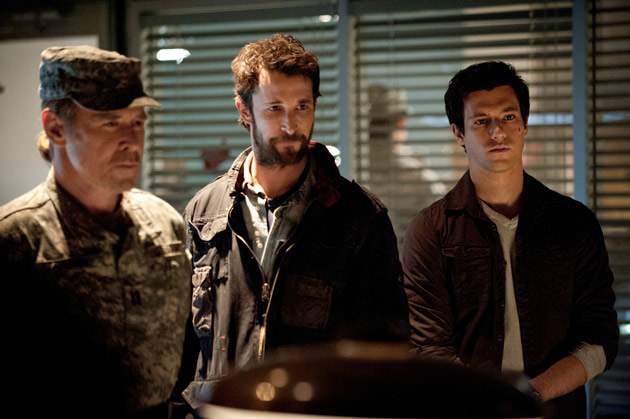 The United States flag still holds all 50 states. Is that wishful thinking or are they just too lazy to find someone to craft a new flag? 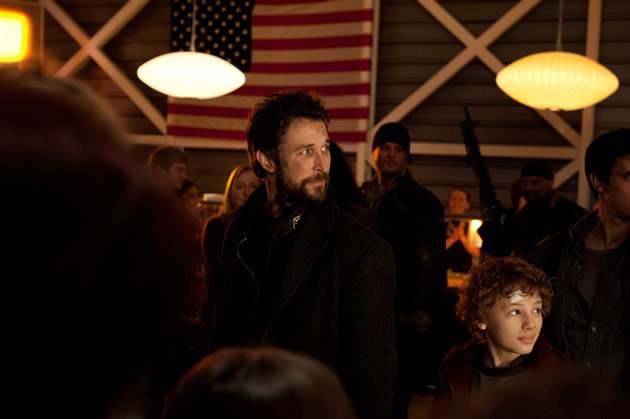 Hello Arthur Manchester. Could he possibly be President Manchester? He’s dressed awfully spiffy for just another day in survival camp. In front of a map of the United States, and he looks quite stern. Terry O’Quinn has his hands full with roles, but with Falling Skies being a summer show, could he possibly take on both the President her and the lead in 666 Park Avenue? 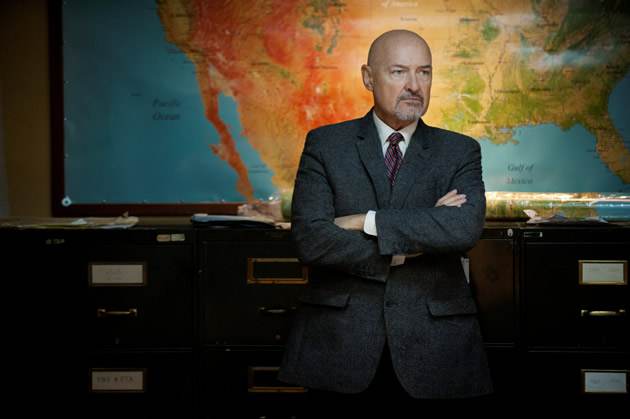 Manchester had better be the president the way he’s just short of poking Tom Mason in the chest! At first glance it would seem their reunion might be less than pleasant. Tom has somewhat of a folk hero reputation preceding him to Charleston; could Manchester have heard of his time with the Aliens? 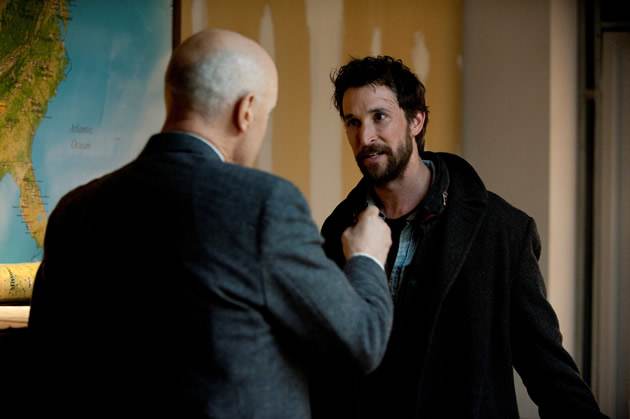 Manchester speaking in front of the people. Getting ready to introduce Tom Mason? There are no photos depicting it, which leaves me wondering whether Weaver gets to say a word or if all eyes will be on Tom. 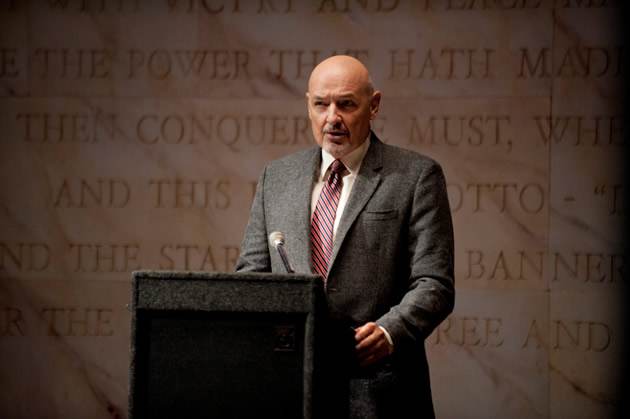 Dr. Glass and Lourdes watching someone intently. Manchester or Tom Mason? I’d hope for a hint of pride if they were gazing upon Mason. 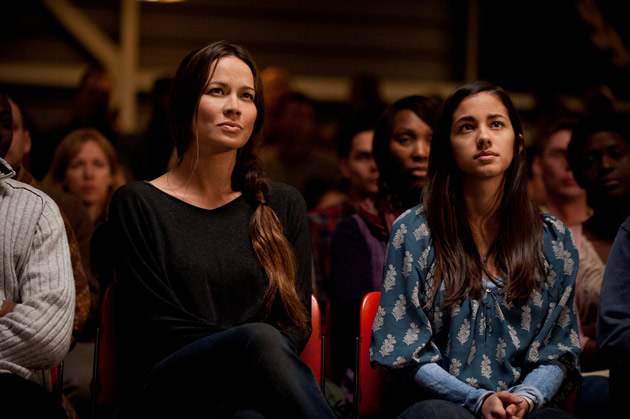 Is Tom looking to someone for approval to continue on with his address, or is he smiling to someone behind him? It’s difficult to tell. We’ll need to tune in on Sunday to discover just who is in his line of sight! 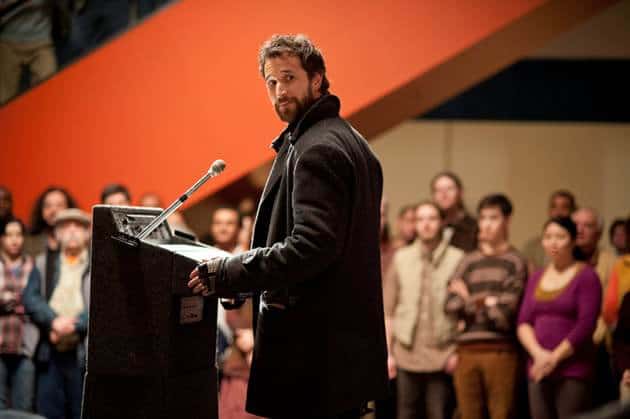 Will Tom Mason deliver the great line by Winston Churchill? “The price of greatness is responsibility,” during his address on Falling Skies this Sunday? As a history professor and a man called upon during trying times to go well beyond his normal course of life to lead it would make perfect sense that he would. 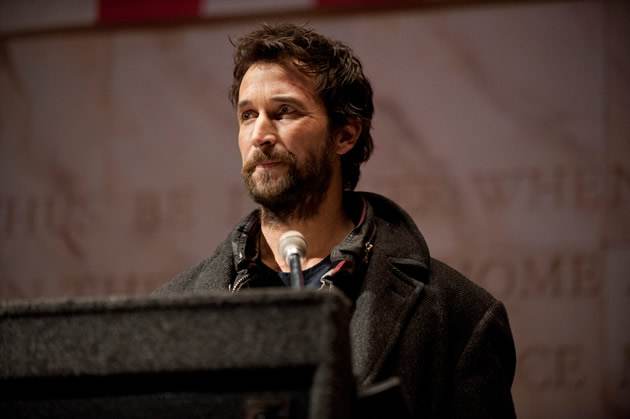