Noah Wyle returns to episodic television in the summer of 2011, in Steven Spielberg’s new alien series Falling Skies, which will be airing on TNT. Wylie was last seen on television in TNT’s very popular Librarian television movies, which is also rumored to be hitting the big screen in the future. Moon Bloodgood, who recently stared in Terminator Salvation, will also be joining Wyle in this new series about a group of people struggling against an alien force that invaded Earth.

Below are several photos from the pilot episode, as well as a full length trailer for the new series. 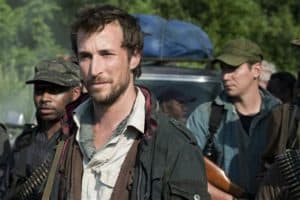 FALLING SKIES is an exciting new series from DreamWorks Television and executive producer Steven Spielberg. Noah Wyle (ER, TNT’s The Librarian movies) stars as a former college professor who becomes the leader of a group of soldiers and civilians struggling against an occupying alien force. Moon Bloodgood (Terminator Salvation) co-stars as Anne Glass, a therapist who works with the surviving children to help them cope with the traumatic situation.

The series also stars Drew Roy (Lincoln Heights) as Hal and Maxim Knight (Brothers & Sisters) as Matt, Tom’s two sons; and Seychelle Gabriel (Weeds) as Lourdes, an orphaned teenager who helps run the group’s commissary. Will Patton (Armageddon, TNT’s Into the West) will play a recurring role as a fierce resistance fighter. FALLING SKIES is slated to premiere in 2011. 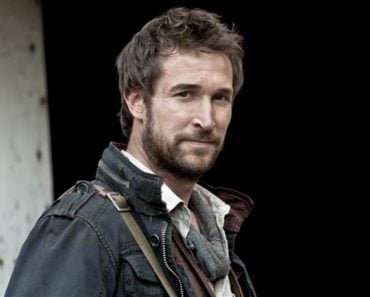