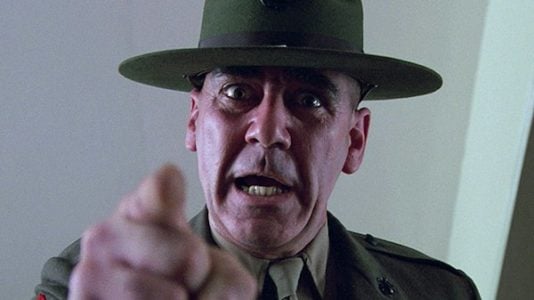 There are plenty of upsides to having a military background before getting into acting, and one among many is the discipline to listen, pay attention, and know when to hit your mark and when it’s okay to simply ad-lib. Some folks might have let those lessons slip a bit after getting into acting, but at the very least those that have some type of military background have made good use of it in their movies in some way. While it’s not entirely fair to say that they’re better actors, it’s also not true at all times, it’s definitely interesting to see just convincing those that have had military training can be when they’re in a movie versus those that have not. People can say whatever they want about one actor or another, but those that have been in the military can usually provide some intelligent conversation and correction if they’re allowed to do so when it comes to a military movie. What’s really surprising though is that those that have a military background might allow certain things to slip since it could prevent a director from having a temper tantrum that might lead to the actor being relieved of their role.

Here are a few actors that benefited from having a military background.

One thing that can be said about anyone on this list is that those that have been in the military are used to being spoken to in a certain way and as a result, a lot of them aren’t that easy to shake up. Gene Hackman is one of those that has used this earned toughness to strengthen his roles in the movies and before his retirement he was one of the more convincing leaders and experts in many movies since he knew how to take charge and how to project himself in a way that was bound to get results since he wasn’t about to look weak unless a role absolutely called for it, and in many of his roles, he had to be the kind of guy that took charge.

Joining the Marines after 9/11 was actually easier for Driver than getting through Juilliard since it’s likely that his sense of purpose carried him through and taught him quite a few things during his term of service. He did manage to give a TED talk on how his time in the Corps helped him out and one can imagine that he’s used that experience in a few ways thus far since he’s displayed a type of mental toughness that has carried him through his career to this point. He does manage to play a few characters that are kind of hard to get along with, but at their core, they’re usually very disciplined and able to weather a great deal that’s thrown at them.

Apparently, Gable was acting before he went into the military, but once he came back people noticed that his acting had taken on a very different edge that hadn’t been there in the first place. It would appear that his service toughened him up and toned him up in various ways that allowed Gable to become a better actor and someone that likely wasn’t going to be the same after his experiences. This is likely something that can be said about a lot of actors that have served, but the kind of difference that can be seen is something that many people often see as a positive or a negative thing when applied to a person.

It sounds as though Jimmy was a bit too thin for his size when he tried to enlist the first time around, but he went and gained a bit of weight and enlisted again, this time for the Air Force. The type of fortitude it takes to go back after being disqualified is something that a lot of guys don’t have since quite a few people would likely count their lucky stars that they couldn’t get in and would go enjoy their freedoms elsewhere. This move by Stewart though made it clear that he wanted to serve his country and wasn’t going to be denied since he was that passionate about what he wanted and he went out to get it.

Ermey was an honest to goodness drill instructor that was being used to consult for Full Metal Jacket, and before anyone knew what was happening he’d been put into the role and was even allowed to ad-lib a few lines here and there to make the movie a little more authentic. One has to wonder what the actors must have thought when they suddenly had a real DI in their faces instead of another actor. He was without a doubt one of the best to take on a movie role.

There’s no getting away from it, these people deserve a big thank you for their service and for bringing their expertise to the screen.