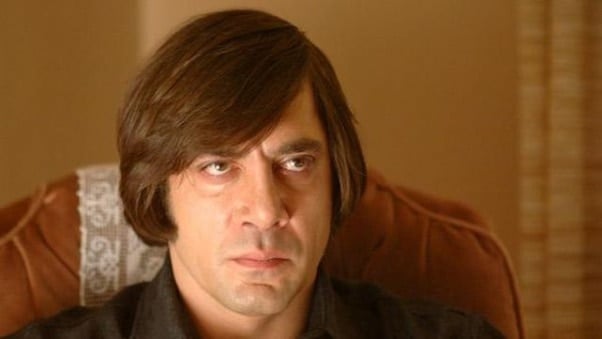 Quite honestly not every bad guy that enters a film always manages to exit it after getting what they deserve. In fact, some of them get off without a scratch and without ever being made to suffer in the least bit for what they’ve done. That might rile up a few people but there are those of us that find it a bit interesting since there are antagonists in the movie that we might actually want to root for, and if not root for then at least see get away since the idea is that they’ve been built up to such a degree that there’s no point in punishing them in the end, simply because they’ve done enough to ensure that they deserve that escape, while the protagonists continue to prove that despite having the means to end the bad guy or otherwise make them face the justice they so rightly deserve, their sense of justice, or survival, or something else just wasn’t strong enough to overcome the villain and thereby make certain that they were given their just desserts before the credits started to roll. Here are just a few movies where the bad guy didn’t get what they deserved.

That word ‘famous’ is up for grabs with this one since a lot of people do know about Funny Games but there are still plenty that don’t and should be grateful. It’s not that the movie is bad, it’s that it’s insanely creepy since most of it is just the two young men torturing and talking to their victims and making it clear that they are utterly insane and don’t care. There is a bit of a cheat to this movie since at one point the wife, played by Naomi Watts, does manage to blow one of the young men away, but through a plot twist, the other one is able to rewind the movie and stop her from reaching the gun. In the end, everyone but Peter and Paul is dead as they move on to their next victim.

This is a movie that should be labeled ‘writers beware’, especially since many of us writers have likely felt the edges of reality tipping more than once, particularly if you’re a fiction writer. In the short story written by Stephen King, the original ending sees Mort being killed, but that’s not how things end up this time around. Instead, Mort’s ex-wife Amy heads out to the cabin where Mort is holed up and finds that Mort has gone over the bend. After a brief tussle Mort knocks her to the ground, whereupon Amy’s new beau, Ted, comes racing to her rescue and is knocked cold and then apparently decapitated by Mort, who then kills Amy and buries them both.

Lou is about as sleazy as you can get since there’s no low he won’t stoop to in order to get his story. He even goes so far as to fabricate the story when he needs to and gets his own cameraman killed at one point. If it’s worth money to the network then Lou is going to make it happen, and by the end of the movie, he doesn’t have a scratch on him or a single thing he regrets since he’s all smiles. This is the kind of guy that would likely sell his own family members down the river he was being paid enough, as Jake Gyllenhaal goes the extra mile to make this guy so completely unlikeable that most critics have gone out of their way to say as much.

This is basically the DC universe in a mirror version where evil is the primary goal of the main characters, and the world is more or less screwed because of it. Each character would be a truly demented version of themselves, as by the end we see Michael Rooker pronouncing that there are other super-powered individuals out in the world and the media is trying to cover it up. But when you think about it, Brandon’s mother had already figured out what could hurt him and possibly kill him, and despite what had happened, the death and the destruction, she still couldn’t commit the act of greater good, proving that good is sometimes kind of hampered by the boundaries it sets.

Another guy that probably should have been allowed to die by the end, Anton Chigurh is just vicious in a way that doesn’t come off as creepy or vile, but just flat out deadly and more than a little horrifying since he doesn’t have a conscience and isn’t bound by any rules other than those that he makes himself. The fact that he managed to get away at the end of the movie, and kill the protagonist no less, is further proof that good people that can’t summon a bit of ruthlessness to their being are often bound to be victims, not heroes.