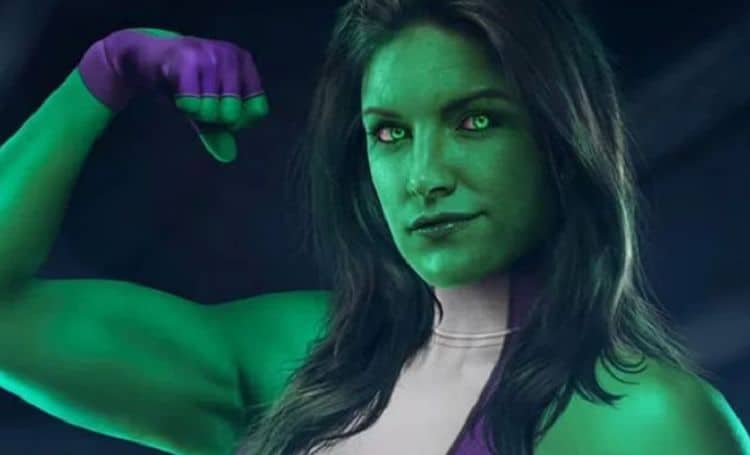 Sometimes fan art is a better indicator of what will work than anything, and really, why not Gina Carano as She-Hulk? Sebastian Peris of Heroic Hollywood tends to think that it’s a good idea. The jade giantess doesn’t need to be as massive as her cousin in his Hulk form, and even a little CGI wouldn’t hurt so long as she’s not turned into something that looks like a smooth-skinned nightmare. Gina Carano has been impressing people big time since she stepped on the scene in Deadpool and thus far she has yet to really produce a character that people absolutely don’t like. Her appearance in The Mandalorian has seen to that since as Cara Dune she was one of the only people to really go toe to toe with the titular character and come out even considering that she was a Republic shock trooper and tougher than most of those that served as one of the Rebels. On top of that Disney+ has already made good use of her and therefore it’s not as though she’s an unknown commodity or someone that they don’t have faith in since Cara Dune was brought back for the finale of The Mandalorian and it’s a big hope that she might show up again in season 2.

One great thing about She-Hulk, among many, is that she really doesn’t need to be the CGI monstrosity that the Hulk was required to be given that she’s typically smaller and leaner than Bruce’s inner monster. Plus, Jennifer Walters has been able to retain her sense of self when she changes and hasn’t gone to complete beast mode as often as Bruce, so it could be said that she’s a slightly more efficient superhero given that she can reason and rationalize whatever situation she’s in. She’s not as big or as strong as the Hulk, but again, her ability to think rationally kind of evens things out from time to time since she eventually made the conscious decision to remain a big, green beauty that still had all her mental faculties in order. She was made by Bruce Banner after a blood transfusion that was required to save her life, so in a big way the Hulk was responsible for making She-Hulk, but since coming into her own sense of self and creating her own persona she’s been as much of an individual as anyone else. In terms of who could play this character there have been a few choices and CGI still feels as though it would need to be an option since despite not being as big as her cousin Bruce when she transforms, She-Hulk is still much larger than the average woman despite being kept proportionate and, as you can guess, in top shape.

The issue of who should play her kind of depends on how to display Jennifer Walters in her completely human form since this is the beginning of the character after all and it’s vital to get a baseline for her to start from. Gina Carano could still make this work since looking at her she’s definitely the type that looks tough but she’s not so heavily muscled that she comes off as less than feminine. In a big way she could cover both worlds if the creators didn’t want to go CGI since again, She-Hulk is not as massive of a character in terms of size as the Hulk is, though in the comics she is still quite a big bigger than her human version since Jennifer Walters was depicted as kind of a wisp of a woman compared to the jade giantess. Again though, it would likely be up to those in charge of the story as to how much she would Hulk out and how much CGI would really need to be used since just covering Gina in green paint ala Lou Ferrigno doesn’t sound like the best idea in the world unless they’re going for a nostalgic feel. As far as acting goes it does appear as though Gina might need to step up her game just a bit since she does look entirely comfortable playing the part of a slightly rough and tumble individual on screen given that she’s been in the Fast and Furious franchise, been a part of the Mandalorian, Deadpool, and has even been in some knockdown drag-out fights in movies that befits her stature as a former MMA fighter. Jeremy Dick of MovieWeb is also of the mind that Gina would be perfect for this part. But Jennifer Walters is a different part since she’s never been much of a fighter as a character and was always a little more meek than most.

There’s no doubt she could make this work, it’s just a matter of whether or not Disney is going to think she’s worth the nod and then how long it will be until we see a final product on screen. She-Hulk is a character that people want to see without any doubt, but given how the Mouse House does things it could be a while until anything really comes of it.