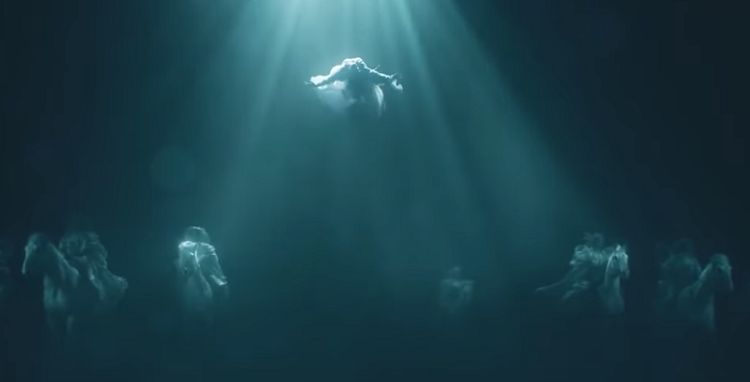 If anyone deserved to be taken by the Valkyrie’s it would be Princess/General Leia Organa since the woman lived a miraculous life that was nothing short of awe-inspiring. The ending of this current Star Wars saga has been beset on every side with criticisms and hatred and even petitions to see certain things stricken from the canon, sometime an entire movie as in the case of The Last Jedi, but overall the story has still been rather impressive, even if the telling hasn’t always been. It’s true that Luke Skywalker’s character in TLJ was less than adequate as Rian Johnson will go down in history as the man that absolutely ruined a Star Wars movie, or tried to at least. But the character of Leia Organa, as shown in this fan film where her death is re-imagined, has always been a strong and very decisive woman that has helped to stabilize an epic that might have gone off the rails a time or two throughout its long history. In a big way the character became even stronger than her biological mother, Padme, as whether you want to blame Natalie Portman’s acting or the manner in which the story was crafted, Leia is a great deal stronger than Padme ever was, and on top of that she was a Force-user as well, so she surpassed her mother and those that raised her as parents, the Organa’s of Alderaan. This tribute to Leia, taken largely from the Vikings episode in which the legendary shieldmaiden Lagertha was laid to rest, is perfect for a woman of Leia’s legendary stature.

Obviously her strength in the Force is nowhere near on par with several other Force-users, as despite what we saw in the Rise of Skywalker when she and Luke were sparring, Luke is still a great deal stronger. But when it comes to force of will, Leia has always been as close to being an immovable object as can be since throughout the original trilogy and even the most recent she’s been followed and obeyed more than anything except by those that are just as strong of will or close to it. Had she been able to use the Force in the original trilogy it’s easy to think that she might have been right at Luke’s side for a good deal of the time and she might have even taken to it quicker as well, though at this point we’ll never know. But this video does bring to mind a fitting way to see her passing, since Leia was beyond everything a strong and very worthy individual when it came to being remembered.

One thing that is nice is that Leia was never much of a damsel in distress no matter how it looked in A New Hope given that she was captured and locked in a detention cell. Matthew Scott Donnelly of Pop Crush has more on this. If you remember, she went down thanks to a stun bolt fired by a stormtrooper after getting into a fire fight with the white-clad troopers, and she was more than ready to snap and snarl at Moff Tarkin when face to face with him. She was never a delicate and frail woman no matter the fact that she wasn’t physically imposing to anyone, as her heart and her nature was to fight injustice and stand up for herself in a way that defied her size and allowed everyone to know that she was fierce, she was tough, and she wasn’t the type that would back down to anyone. It could be that this didn’t make her a good match for Han Solo, who was more carefree and enjoyed not having responsibilities, but somehow the two made a good pair with a strong bond that was still tested in the expanded universe as well as in what would eventually become canon. Leia was all about responsibility to her people and to the causes she championed, while Han was the drifter that kind of went his own way and did his own thing. But somehow they managed to change each other just enough so that their relationship could work.

As for Leia and Luke, the attraction that drew them together was later on something that made people recoil as they suddenly realized that the two were siblings and that the single kiss was something that was fine at the time but so wrong once they realized that they were brother and sister. That being behind us though, there’s no doubt that the two were close despite the fact that Luke had taken off in the latest trilogy and the galaxy needed him back desperately. It might have been nice to see Luke take on Snoke to see just who was stronger, but that’s not the movie we got. In any case, it was nice to see Leia one more time, and this sendoff was definitely something that could have worked.