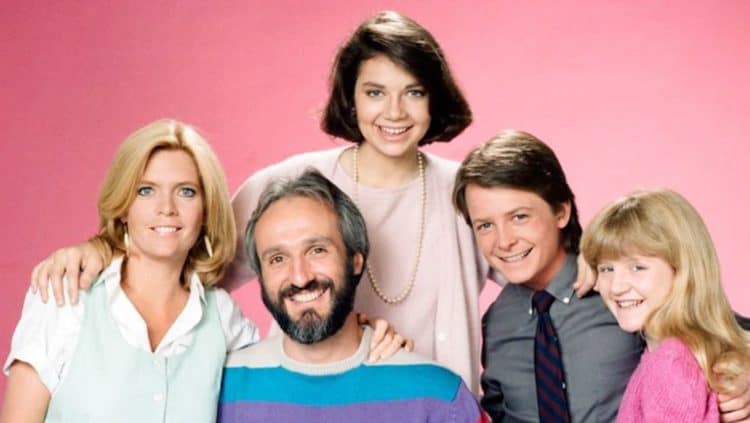 It shouldn’t be too much of a surprise to learn that a lot of people who remember Family Ties so clearly would remember episodes that featured Michael J. Fox in a very prominent role since he happened to be the biggest star on the show. In fact, some of the greatest episodes had to do with Alex Keaton and his struggles to always be the best and to always be in control of just about every facet of his life. The other cast members had their moment in the sun quite often and had their chance to develop their characters and tell their own story, but a lot of the time Alex’s character would take over and assert himself in ways that made it clear that this was more or less his show and that everything he was doing usually took precedence. It did help that he was the odd man out in his household since his parents were former hippies that had settled down into suburban life and his sisters were more aligned with their parents than Alex ever was since he played a very conservative-thinking individual that had the type of drive and fiercely competitive nature that made him push himself so hard that there were times when he overdid it and had to come crashing down in order to figure out why the way he was doing things was wrong.

Family Ties covered a lot of the same bases that shows have been managing to hit for decades, and during its seven-year run, it did manage to cover a few very pertinent ideas about family life and what could happen from time to time. For instance, the idea of Alex showing emotion at any given time wasn’t a sure thing since he tended to be very business-like and economic about how he lived his life and how much emotion he actually showed. But when his best friend was killed in a car accident he went through the range of emotions that many people have experienced at some point in their lives as he put his acting skills on display in a big way while performing was essentially a monologue when he had to go into therapy following the loss. This was Alex at his most vulnerable and it was a different side of the character than anyone had seen to that point since he was typically very sarcastic and a bit uptight at times.

There was also an episode in which Alex experimented with what was called diet pills that turned out to be more than a little addictive and took Alex from the high highs to the extreme lows as is normal with such drugs. The workload that Alex put on himself as far as exams, homework, scholarships, college applications, and anything and everything else, was something that people were used to seeing in this show since he wanted to be the best and earn a great life for himself. But the price for all that, as many college students know, is that one gives up a good part of their life to their education and in the process, they give up even more than that at times. The turn to substances that can keep one going for prolonged periods of time isn’t a new one since many people have taken one substance or another in their life that has allowed them to stay awake longer and to maintain their attention on things that need to be done. The downside of course is what this does to the body after a while, and what it can do to one’s personality when they crash, as was seen with Alex when he started becoming difficult and even cross with his family. Many people around the world can likely explain what it’s like to have a family member come down from one substance or another, and it’s never pretty.

The real test of this show came during its finale though when Alex, the first and eldest Keaton child, was getting ready to head out into the world on his own. The two-part finale was a hard time for a lot of viewers since over the course of seven years they’d grown used to the Keatons and had come to care about them, which meant that watching them go off the air was a little rough. But the episodes went about as well as one might expect since Alex and his mother went to visit the college he was attending and as any parent that’s had to watch their kids go off to college can state, it’s not an easy transition since it means that their baby has grown up, and has left the nest, not likely for good in some cases, but for long enough to make it hurt. To put it simply, Family Ties brought a lot of emotions to the screen.