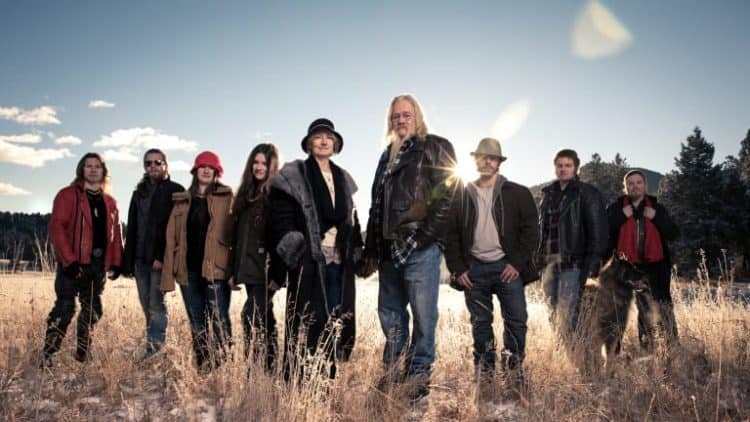 Alaskan Bush People is a show that has been running for some time. For those who are unfamiliar, it is an unscripted show about the Brown family, who are supposed to be living off-of-the-grid in the state of Alaska. However, there is plenty of proof that Alaskan Bush People isn’t real, which has caused something of a divide in its fan-base.

It Is Clear that Alaskan Bush People Isn’t Real

Generally speaking, viewers tend to be pretty skeptical about the veracity of so-called unscripted shows. After all, they have earned a reputation for being less than faithful representations of what have happened in truth, with the result that even shows that haven’t exhibited such tendencies have been tarred with the same brush. Sometimes, the people behind unscripted shows settle for setting up scenarios that will make for the most drama as well as editing the resulting footage to make for the most watchable product. Other times, well, suffice to say that the people behind unscripted shows have been known to do everything from reshooting important scenes to outright dictating storylines meant to maximize the show’s appeal.

It seems safe to say that Alaskan Bush People engages in at least some of these practices. This isn’t a criticism against the show so much as an acknowledgement of very banal fact. Of course the people behind unscripted shows will set up scenarios that will make for the most drama as well as edit the resulting footage to make for the most watchable product. If they didn’t, they wouldn’t be doing the jobs that they were paid to do. Unfortunately, Alaskan Bush People has been much more blatant in this regard than most of its counterparts, which has resulted in a fair amount of criticism from a wide range of parties.

There are multiple pieces of evidence that support the conclusion that Alaskan Bush People isn’t real. For starters, telecommunications have reached the point that once-remote regions are now well-connected with the rest of the world. As a result, Alaskan locals haven’t been shy about sharing the fact that the Brown family didn’t actually live in their supposed home on the show but instead headed there for the purpose of shooting scenes and nothing but shooting scenes. In fact, they lived at the Icy Strait Lodge when they weren’t shooting scenes, meaning that their real living conditions were nothing like what has been claimed on the show. Amusingly, the Brown family never went to much effort to conceal the truth, as shown by how Matt Brown had apparently developed quite a reputation for hanging out at the lodge’s well-stocked bar.

Having said that, the strongest piece of evidence is that the Brown family has been charged for stealing money from the Alaska Permanent Fund by lying about their living situation. To be exact, the charges meant that the Alaskan government believed that they spent more than 180 days a year out of the state from 2010 to 2013 before lying about it on Alaskan Permanent Fund application forms. Moreover, it should be mentioned that the Brown family didn’t fight the charges in court but instead worked out a plea deal, which speaks volumes about their opinions of their chances in spite of the resources available to them thanks to the success of their show. In said plea deal, both Billy and Joshua Brown pled guilty, with the result that they were required to pay back the stolen money, pay the relevant fines, spend 30 days under house arrest at a Juneau hotel, and serve two years’ worth of probation. On top of this, it should also be mentioned that some members of the Brown family have been ticketed for fishing without the proper licenses because they bought resident licenses when they weren’t actually residents, which should serve as additional proof for those who need additional convincing.

The Fandom Is Divided On the Matter

Unsurprisingly, these revelations have produced a strong reaction from the fandom. This is wholly unsurprising because Alaskan Bush People has been marketed as featuring real people living off-of-the-grid from the very start, thus making this an excellent example of false marketing. For that matter, there are a lot of people who have a fair amount of emotional attachment to the show, which presumably made the revelation of the truth sting that much more. Under those circumstances, it would’ve been a miracle if no fan became upset, particularly since the Brown family continues to maintain that their show is real in spite of the evidence stacked up against them. Something that tends to have an aggravating effect on people.

Of course, there are people who have chosen to defend the Brown family as well. In some cases, these are people who don’t particularly care whether the Brown family were really living in the state of Alaska or not because that was never the selling point for them. Instead, they were interested in the interactions of the various Brown family members, meaning that they got what they wanted and will presumably continue to get what they want. This is perfectly fine because different people can get different kinds of enjoyment from the same shows. However, there are also presumably some defenders who are upset with the way that the show is being attacked, whether because they genuinely think that the attacks have been overboard or because they have too much of an emotional attachment to the show for them to disassociate themselves from it.

Regardless, time will tell how Alaskan Bush People will fare from this point forward. Generally speaking, unscripted shows aren’t very expensive to make, meaning that it presumably doesn’t need a lot of fans for it to remain worthwhile for the Discovery Channel. However, everything that has come out is bound to have some effect on the numbers, though whether the ensuing changes will have a notable impact on the show’s overall fate remains to be seen. Viewers can be pretty unpredictable even under the best of circumstances, meaning that it is unwise to speak with too much certainty about what they will and will not do.