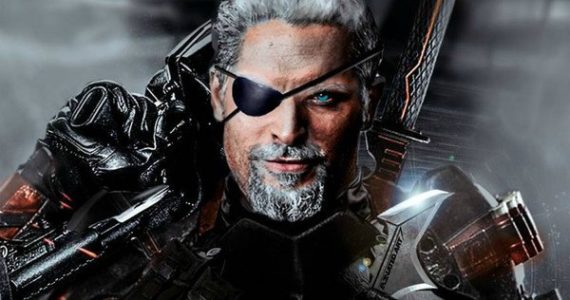 It kind of feels like fans need to be reminded that their input is valuable, but that’s where their influence needs to end if only because unless they’re writing the script, nothing is ever going to be absolutely perfect. Petitioning for Joe Manganiello to star in his own Deathstroke series or movie on HBO Max is a great idea, but the calls for the Snyderverse really need to end, which means they probably won’t since fans will be stubborn as all hell and be determined to prove that Snyder’s version of DC is superior. It’s not, seriously, but a lot of fans have somehow convinced themselves that it is. Between Snyder and Warner Bros. it feels safe to say that no one has been able to fully encapsulate what DC is all about just yet, since Snyder blankets everything in depressing shadows and Warner Bros. takes a very family-friendly approach that’s not much better. For Deathstroke, a truly hardcore approach would be needed at some points, but it would also be necessary to show how he came to be, how his life was shaped, and how he became such a nightmarish assassin that was feared by so many. Casting Joe is a stroke of genius since he can take on the character without any trouble, and has already been accepted by the fans. But moving further into the Snyderverse feels like a huge mistake.

Bringing Deathstroke into the fray would be a great idea, but without a Batman to fight against it would need to be an origin story that the Batman would perhaps join at some point. Deathstroke is a rather complicated character that’s learned quite a bit in his time, so there’s plenty that can be done when it comes to showing how he came to be, but it would also be nice to see him take on the various heroes of the DC universe, so long as they’ve been introduced already. Seeing him take on Batman would be kind of exciting, but that time appears to have come and gone according to some folks. Many fans are petitioning to see him in the Knightmare scenario that was shown at the end of the Snyder Cut, and to be realistic it does feel that Warner Bros. might cave eventually. At the moment there’s no plan to keep the Snyderverse going, but a lot of already know what that means since minds can be changed and profits can get people on track with ideas that might otherwise be seen as less than popular. In short, it’s very possible that Snyder might be offered a boatload of cash to come back and might do it ‘for the fans’. Yes, I am rolling my eyes pretty hard right now, since anything done ‘for the fans’ is hard to believe when one sees the amount of money that people are offered to make these movies.

Deathstroke is a character that’s been used in the past and has been teased mostly when it comes down to it since he’s never been used as a main character that was bound to stick around for long. He’s been used accurately as a threat that’s been off in the shadows, planning, and plotting in order to mess up the lives of those he targets, but as of yet, he hasn’t really been given center stage, which is something that a lot of fans are wanting to see. As a character, he has a complete story and it would be great to see it for once since it could be that he might step up in the DC universe in a big way by revealing himself and his origin in a manner that might expand the DC universe just a bit. One thing that would need to be done however is to show that he does have a vulnerability since this is one thing that DC appears to have trouble with no matter which hero or villain they bring out, since weaknesses don’t tend to be that important in the DC universe unless they want to do something radical, such as show character development in a manner that doesn’t play only to strengths, but might want to show their characters as being vulnerable in some crucial way. there might be plenty of people that would argue with this, but in reality, the only time weakness is shown in the DC universe is when the heroes or the villains meet up with someone that’s more powerful than they are, as Superman is more or less THE gold standard in Snyder’s version or in any other since his one weakness that has been shown, his aversion to kryptonite, is pretty specific.

As someone that’s not a metahuman, Slade Wilson would need to be shown as the human being he is at times, not just the killer he came to be. But otherwise, it does sound like a good idea.