Home
Movies
Fast and Furious Movies Will End at Number 11 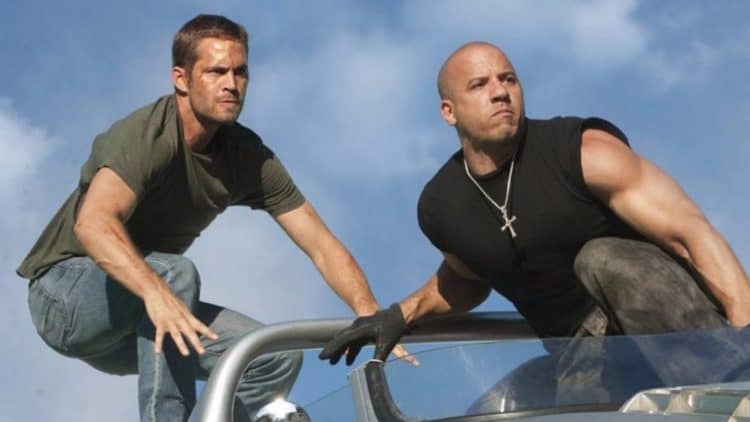 The idea as of now is that fans don’t want to let go of the Fast and Furious franchise, but then again, a lot of people don’t want to let go of their favorite snack even if too much of it isn’t good for them either. If you’re thinking I’m hinting at the movies being addictive then ding ding, you win the prize, since the Fast and Furious movies have been pulling down an impressive profit for years, but usually, because people are willing to see big explosions, scantily-clad women, and fast cars performing stunts that would suffer a horrendous reality check outside of a movie set. Just watching the trailer to part 9, which of course was delayed since it should have come out over the summer, is enough to make a few eyes roll since the stunts that are being pulled off are in no way possible in real life even if we were living in an alternate universe where human beings could somehow survive falls from several stories up and cars wouldn’t just rip apart from the force that some of these stunts are exerting on them. Seriously, watch part 9’s trailer once again and then try and reconcile what you know of the law of physics with what you’re seeing and you’ll get the point that these movies have gone way past the insane stunts and right into the Hollywood magic zone that makes it possible for anything that’s contained in a script to be almost bulletproof since it’s a great plot device that suckers in adolescents and those that can’t pass up a high-octane action movie.

But as for the idea that part 11 will be the last of them, the old saying that ‘I’ll believe it when I see it’ is in full effect at this time since simply stepping away from something that’s helped to make the careers of a few of the actors and revive the careers of a couple is something that’s going to be easier to believe once it’s finished and over with. The issue here is that there’s already a kids’ series based on the Fast and the Furious on Netflix, and there’s the thought that Brian and Dom’s kids could one day take over the franchise and continue it. So once that fails to happen, then it’s time to think that the franchise has gone bye-bye. Until that point, it’s bound to happen that more and more people will be wondering just how far the franchise is going to go and whether or not we’ll see Dom and the others trying to drive in space or if they’ll be adding NOS to a space shuttle while trying to play slalom with a satellite or two. Yes it’s an exaggeration, just like a lot of the rest of this franchise has been since a good number of stunts that are performed in these movies are moves that not even experienced stuntmen and women would perform if they didn’t have to.

Another reason to be cynical and not really believe that this franchise is worth the amount it’s pulled in is the fact that it’s becoming not unlike a male soap opera at this point, as many might argue that it became like that a while ago. That’s a fair point since it’s rarely been about the cars or the driving, especially since professional auto mechanics and drivers alike have sat down to critique the Fast and Furious movies and have laughed uproariously at the number of mistakes that are being made. But now Dom and Mia suddenly have a brother that we weren’t aware of about 8 movies ago, okay, that could work, in an All My Children sort of way. But Han is still alive, and he’s just NOW making his appearance? The soap opera vibe is heavy with this one and it does feel as though it might be getting heavier as time goes on since now a person really has to wonder who’s actually dead in the franchise and who’s suddenly going to spring back to life and surprise everyone. Is Gisele going to miraculously return? Will Vince and Jesse and Elena somehow make a recovery despite the fact that Dom saw all these people die? Or is the real trick that this is all going on in Dom’s head and we’ll be suckered in by the final movie? Boy, wouldn’t that be a mind-bending and riot-worthy twist to the story, especially considering how many people have bought into the idea that so much of the Fast and Furious story.

That doesn’t feel as though it will happen, especially since it might be akin to a slap in the face to all the fans, but it does feel as though the franchise should have ended a while ago when it was still well within the boundaries of reality.