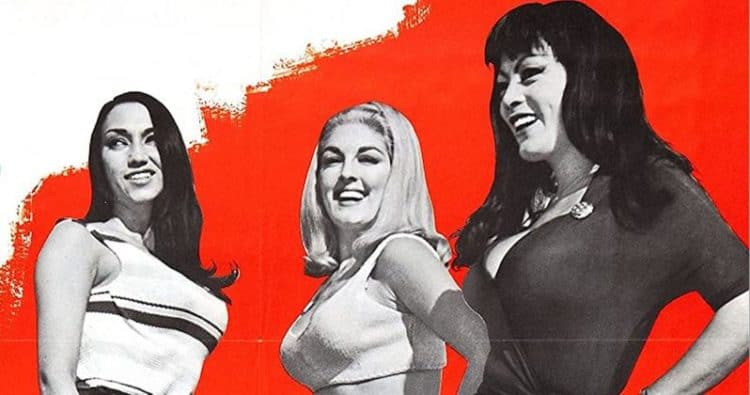 It’s fair to think that a lot of people that aren’t into 60s movies might never have heard of Faster, Pussycat! Kill! Kill!, but Norman Reedus has, and he’s planning on rebooting the movie and making it into a series on AMC at some point. The movie is decidedly different in that it features three female antagonists that are out to take what they want, do what they want, and not care about the consequences. It didn’t exactly do well back in its day, but like a lot of movies that were seen as strange a little off-putting, it did manage to gain a cult following after a while, as the idea has been kept alive throughout the years by a number of fans that happen to like the old-fashioned style and aggressive nature of the movie. How well it’s bound to do when it comes to being turned into a series is hard to say, but Reedus apparently has faith in the project and is going to be pushing ahead with it at some point. Who will star in the movie and how long it might run is difficult to say since there are no concrete details about the project other than it’s going to happen. But in this day and age, it does sound like it might perform better than it did in the 60s if only because people are a little more open to strong female leads and could possibly get behind a story that sees three women striking out on their own and being unforgiving badasses that don’t mind targeting individuals when they feel the need. In a way, it feels like a more violent and controversial version of Deathproof, but without Stuntman Mike.

Just to get a feel for the movie, for those that didn’t watch it and might not have known it existed, the story follows three go-go dancers, Billie, Rosie, and Varla, who head off into the desert after dancing at a club to play a high-speed game of chicken. They encounter a couple, break the man’s neck, and kidnap the woman as they take her with them. While stopping for gas they notice an old man in a wheelchair and his dim-witted son, and after being told by a gas station attendant that the old man has a fortune hidden somewhere they decide to rob the guy. Upon following him back to his home, the three women are invited in and have lunch with the old man, the son they’ve met, and the elder son, Kirk. When Varla leaves with Kirk to try to seduce him into talking about the money, their captive escapes, but is caught by the younger, feeble-minded son. Kirk acknowledges that his father is a miserable old lecher and tries to take the captive, Linda, to town in his truck. Unfortunately the old man has thrown away the keys, leaving Kirk and Linda to walk through the desert. If that wasn’t bad enough, Varla is determined to kill everyone and search for the money. When Billie refuses, Varla tosses a knife into her back. Varla and Rosie then hit the old man with their car, and as his chair flips over they find the money they were looking for. The younger son then stabs and kills Rosie, while Varla runs him down with her car. She then rushes off to confront Kirk and Linda and ends up going hand to hand with Kirk, getting the better of him until Linda hits her with the truck. After this, Kirk and Linda drive off, and the credits start to roll.

It’s a crazy movie to be certain, and it broke a lot of societal norms at the time, but it was something that sparked interest in a pretty big number of people since despite not making its budget back, the movie still went on to be recognized for a while. Many people still remember it as one of the movies that might not have been given a lot of hype but was still great because of its overall theme and appearance. It’s a little tough to see it as a series, but apparently, Norman Reedus has something in mind that could make this idea stand out in a brand new way that might make people remember it once again and perhaps breathe new life into the story. For a while, it was something that people could admit had a lot of potential, but up until now, it might not have been the right time to bring it out. The idea that everything has a time and place is still a very strong belief among show business, and it could be that this particular movie is about to find its time and place as it returns to the screen, albeit the small screen.