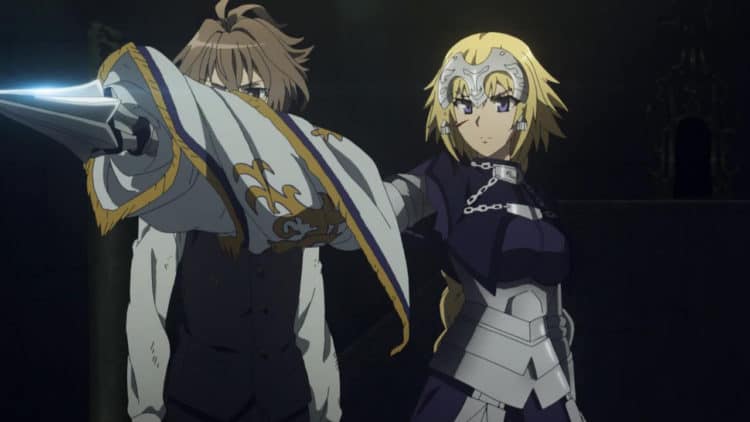 Fate/Apocrypha is one of the series in the Fate franchise, which is centered on magic users fighting one another with the help of the summoned spirits of historical, legendary, and mythical figures. The series started out as light novels, which have received a manga adaptation as well as an anime adaptation. Here are 10 things that you may or may not have known about Fate/Apocrypha:

1. It Is an Alternate Timeline to Fate/Stay Night

Fate/Apocrypha is set in an alternate timeline to Fate/Stay Night, which is the visual novel that launched the Fate franchise. The two timelines separated during the third war that was fought over the right to use a wish-granting device called a Holy Grail, which happened at around the Second World War.

The spirits summoned in the Fate franchise are not their full selves. Instead, they are more like a particular part of themselves crammed into a limited container called a class. Traditionally, there are seven classes, which are Saber, Archer, Lancer, Berserker, Caster, Rider, and Assassin. However, Fate/Apocrypha introduced a new class in the form of the Ruler, which exists for the purpose of overseeing the conflict over the Holy Grail.

Fate/Apocrypha is interesting in that it starts with a 7-on-7 team conflict rather than the free-for-all of Fate/Stay Night. This means seven magic users with seven summoned spirits on each team. However, it should be mentioned that magic users in the Fate franchise are not exactly famous for their sense of teamwork, thus making for much conflict in the story.

4. The Two Teams Are the Black Faction and the Red Faction

Romania being Romania, it should come as no surprise to learn that Vlad III makes an appearance as the foremost of the summoned spirits of the Black faction. Some of his powers are based on the story of Dracula, but he is less than enthusiastic about said powers to say the least.

6. The Red Faction Has Stronger Spirits

Overall, the Red faction summons stronger spirits than their Black faction counterparts, which is perhaps unsurprising when they are being backed by what passes for the authorities of the magical side of things in the Fate franchise. For example, the Red faction summons not just Achilles, who would’ve seized Troy in a single day when sufficiently motivated if it wasn’t for divine intervention, but also Karna, who could not have been killed in the Mahabharata without multiple curses activating against him at the worst possible time.

Originally, Fate/Apocrypha was going to be a MMO. However, those plans fell through, which is why the series was turned into a light novel series instead. With that said, the transition wasn’t made without some changes.

8. Has Different Rosters of Summoned Spirits from the MMO

For instance, the light novel series has a somewhat different roster of summoned spirits from the MMO that would have been. One example is how King David was set to make an appearance in the MMO but never turned up in the light novel series. Likewise, Musashibo Benkei failed to make the cut as well.

9. Has Had a Crossoever with Fate/Grand Order

Fate/Apocrypha characters have appeared in a crossover even with the mobile game Fate/Grand Order, which makes sense because they belong to the same franchise. In fact, it should be mentioned that the person who wrote the light novel series contributes to the writing for the mobile game as well.

Those who are interested in the anime adaptation of Fate/Apocrypha can find Blu-rays for sale. However, the more convenient option would be just streaming it off of Netflix, which offers a fair number of anime series besides this one.