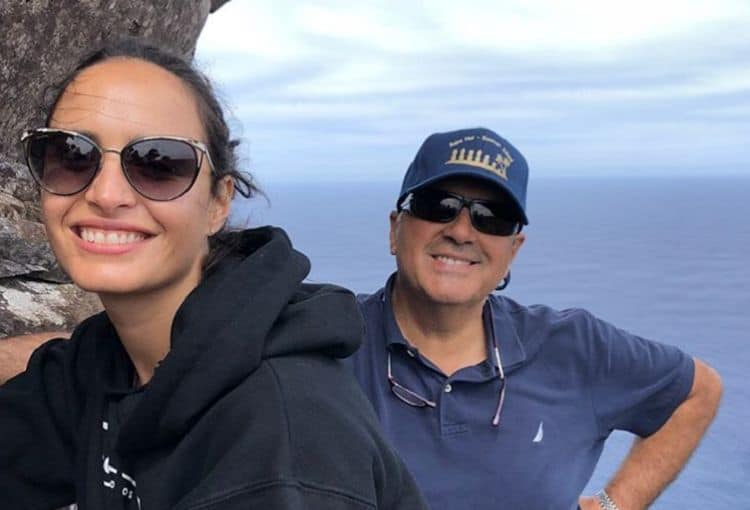 Now that “Party of Five” is getting a Latino reboot, most people are wondering who Gloria Acosta is in real life. Fernanda Urrejola, a Chilean actress who has made her mark in the entertainment world through the “Narcos” series, gets to play Gloria in “Party of Five.” The series is focusing on the immigration challenges faced by parents who get separated from their children. Fernanda was once considering pursuing synchronized swimming and even won a championship in Chile. However, the acting industry has been good to her. Let’s check out some facts about her that reveal her journey towards acting.

1. Why she chose to be an actress

For Fernanda, acting is more than just a means of making a living; it is an avenue through which she gets to have a deeper understanding of empathy. She admitted that being an actress has enabled her to see emotions as they are and detach from them since, with time, she has learned they do not define us. According to her, acting gives everyone the perspective to understand that we may be different, but in the end, we share a lot.

2. She always wanted to be in the American film industry

If you want to go fast, then you have to go alone, and that is what Fernanda did. Since she was eight, she knew that she wanted to be in the US film industry. So determined was she that she knew “Gone With the Wind” word for word. Although her career in Chile was prosperous, Fernanda left for the US, knowing that her comfort zone would not take her to where she wanted to be. She asserts that moving to Los Angeles was the best decision of her life, both professionally and personally.

3. Her parents did not want her to be an actress

It is the dream of every parent to see their children become independent adults, and that usually is determined by the careers chosen. For Fernanda’s parents, who are both in the science field, acting was not a career; hence they did not support her decision. Therefore, to please her parents, the actress trained in the profession that they wanted for her: synchronized swimming. Despite it also being a passion, acting always remained her first love, so she went against her parents and studied acting.

4. She auditioned for two roles in “Narcos.”

Fernanda may look like a woman who has the world at her feet, but she also has a few phases of self-doubt. When she went to audition for “Narcos,” she picked Maria Elvira and another smaller role. However, in her heart, she hoped that she would bag the Maria character because the moment Fernanda read the script, she was fascinated by Maria’s intelligence. However, after days passed without any response, Fernanda was prepared to leave for Chile, but her agent called her telling her the good news.

5. She wears many hats

The actress has proven her prowess in the acting industry by her various roles in which she always portrays excellently. However, that is not all the Fernanda can do; like most actors, Fernanda doubles up as a writer too. In her interview with the Hedonist Magazine, she revealed that she had worked on a film. At the moment of the interview, Fernanda was co-writing a feature film, which would serve as her first feature script ever. The actress is spreading her wings and disclosed she was also developing a show.

Charity has always been said to begin at home; therefore, even if Fernanda dreamt of making it big in America, she started her charitable efforts in Chile, her home country. The country has had a challenge in providing the best for the children; hence Fernanda partnered with Para la confianza to put in place guidelines that allow authorities to offer necessary tools and information regarding children. She added that Chile is yet to have laws that cater to the welfare of the natural heritage; thus, Fernanda supports various environmental protection initiatives.

Some people will claim to love you but leave you, but Fernanda is not one to turn her back on whoever she loves. On Instagram, she posted that her dog, Lunita, was finally with her in Los Angeles. The furry friend might as well be her baby because Fernanda declared that she would love Lunita until she breathes her last. To her, it was the only thing she could for the dog who had shown her unconditional love for which Fernanda was grateful.

8. Why she meditates every day

When you are having a struggle within yourself, the best thing you can do is calm yourself down; hence most people are advised to meditate. However, at first, when Fernanda tried it, it did not work, so she instead started seeing a therapist. Unfortunately, she kept repeating her mistakes until she finally decided to give meditation a try by first learning about it. Initially, Fernanda was skeptical about how 30 minutes would be enough to clear her mind. Still, when she learned about the primordial sound meditation by Deepak Chopra, she found the therapy she had been seeking all along. It helped her so much that she has stuck with it and practiced every day since then.

The beautiful woman has not escaped the attention of various men despite being speculated to be single at the moment. According to ArticleBio, the actress was one engaged to Stephano Benaglia, whom she had dated from 2009. However, in 2014, they went their separate ways. Before then, Fernanda had been romantically involved with Benjamin Vicuna, whom she dated for a year between 2004 and 2005. She must heal her broken heart very first because even before the year ended, she had moved on with Fernanda Lasalvia, but they split up in 2007. She also dated Gustavo Leon after breaking off her engagement to Stephano. As for Mario Hortin, the relationship was never confirmed nor denied.

10. She has a close relationship with her father

Father’s Day has always been set aside for people to appreciate their fathers, and Fernanda was not left behind last year in wishing her dad the best day. In her Instagram post, the actress said she would choose her father thousand times over. She added that she was grateful for all that he had taught her.