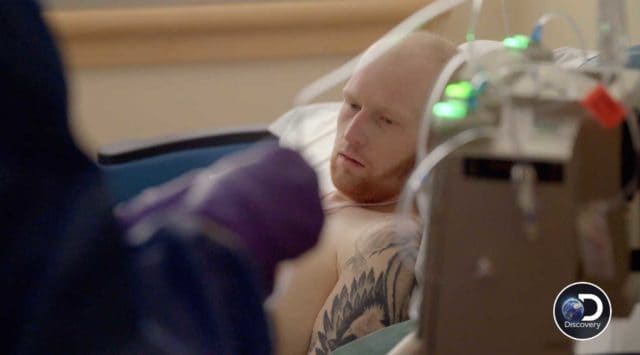 Discovery is known for airing innovative new programs the give viewers an insight into fields they may know little about. One of their latest programs is ‘First in Human’ which was first aired on August 10, 2017. This groundbreaking three-part documentary gives an insight into the daily lives of the staff and patients at the NIH Clinical Center. Here is what we know about this exciting new program on Discovery so far.

‘First in Human’ documents the happenings at NIH Clinical Center with each of the three episodes focusing on different aspects of the work and events that take place. Highlighted in the documentary are the experiences of patients and their caregivers. The show also showcases the work of researchers, doctors, nurses, and other staff who work in the clinic. It aims to show viewers the challenges that are faced in the diagnosis and treatment of a variety of diseases. Viewers can also look forward to an in-depth look at clinical trials and experimental medicine.

The setting for this documentary is Unit 10 of the NIH Clinical Center which is a hospital and research facility located in Bethesda, Montgomery County, Maryland. This is the largest hospital in the United States that is completely devoted to clinical research and it opened in 1953. At the current time, there are over 1,600 different clinical research studies in progress. Patients volunteer to take part in research and, so far, the hospital has seen over 500,000 patients. Some of the pioneering work at this center include curing solid cancerous tumors, treating heart attacks with nitroglycerin, and the identification of genetic components in schizophrenia. Other important areas of research at NIH include creating blood tests to identify both hepatitis and Acquired Immune Deficiency Syndrome (AIDS).

Each episode of ‘First in Human’ is narrated by actor Jim Parsons who is best-known for playing Dr. Sheldon Cooper in ‘Big Bang Theory’ and for his role in the biographical drama movie ‘Hidden Figures’. His purpose in ‘First in Human’ is to provide viewers with background detail and additional information to enhance what is seen on the show.

Discovery worked in collaboration with John Hoffman to create ‘First in Human’. Hoffman is best-known for ‘Sleepless in America’ and ‘Weight of the Nation’. Both the team from Discovery and Hoffman embedded themselves into the events at NIH Clinical Center for over a year. This documentary was produced for Discovery by McGee Media with John Hoffman directing. It was co-produced by Hoffman along with Michael Epstein, Jon Bardin, and Beth Wichterich. Jim Parsons was one of the executive producers in the program.

When to Watch and Why

The hour-long first episode of ‘First in Human’ was aired on Thursday, August 10, 2017. There are two subsequent episodes that will air on the following Thursdays, August 17 and 24, at 21:00. This show will appeal to those who are interested in health, medicine, science, and care. It provides a realistic representation of the work that takes place in the center that will inform and enlighten the viewers.