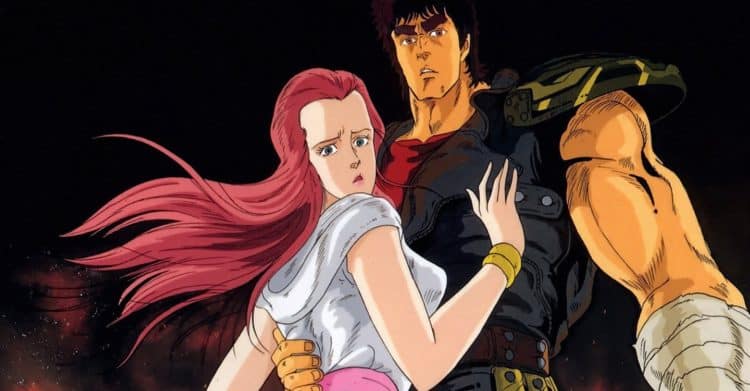 Fist of the North Star is a Japanese anime that has a tremendous appeal for viewers who like to watch videos that follow the theme of Road Warrior/Mad Max. It has the quality that you’d find in a Charles Bronson film as it’s loaded with rugged machismo and infused with a bunch of Western cliches found in the films starring a variety of American tough guys. It’s rough but infused with some humor that gives it a well-rounded effect with regard to entertainment. It’s easy to get involved with, and if you’re trying to decide whether you want to start viewing it, here are ten things you didn’t know about “Fist of the North Star” that might help you decide.

1. The theme is apocalyptic

If you enjoy a good anime in an apocalyptic setting then this may be something you’ll want to check out. It takes place sometime in the 1900s with an indication of year 199X indicating that time has taken on a different meaning because of the destruction of the world due to nuclear war. You’ll see the Statue of Liberty’s head emerging from a desert-like environment. Bands of survivors gather together to try to increase their chances of survival in a harsh environment with sparse resources.

Part of the appeal of the anime is the added problem of the undead. They’re poised against the live human survivors who already have enough to deal with. They’re badass and you can’t kill them. There’s a lot of fantasy and exhibits of special powers in the show. It’s also a bit on the dark side so if scenes of grisly and bloody battles, dead bodies and bloody gore upset you, this might be a negative.

3. It’s been compared to Dragon Ball

Fans of Dragon Ball may perk their ears when they hear that Fist of the North Star contains some of the same elements. While there is definitely a Western flavor to this particular anime, you can also get your fill of martial arts combat. Wave after wave of tough guys fight it out and there are a lot of violent deaths with never-ending threats on the safety of the survivors. The challenges become increasingly difficult and it makes the show highly addictive.

4. The anime will remind you of a Japanese console game

The televised version of Fist of North Star is a lot like watching a video game, except you’re not at the controls and you have no say in how it turns out. The presentation is way over the top and the battles and progressive challenges are set up perfectly for a video game. Of course, you have to know that Fist was created during the time when video games were just beginning to become the latest rage and so, like Dragon Ball, it followed along the same lines. It has an almost nostalgic appeal.

5. Fist of the North Star was made into a video game

If you enjoyed watching Fist of the North Star then you’ll probably love the video game. It was released by Famicom with four different titles that were based on the anime/manga. The game was released, fully licensed in the United States and the title that it was offered under, or at least, the first one is Golgo-13.

6. It failed in the US on its first attempts

When Fist of the North Star was first published by Taxan for Famicom in the United States, it was released under its manga title. This was during the 1980s when anime and manga titles were just becoming recognized in the country. They were fairly new and the genre had not yet taken hold with the popularity that it enjoys today. Fist of the North Star was released in anime, video games, the manga and in two episodes of graphic novels. With the exception of a few localized fan groups, people just didn’t know much about it, but that would change within a decade.

7. Fist of the North Star exploded in its popularity in the 1990s

We had to make it clear that although Fist wasn’t popular upon its first introduction, things changed rapidly during the 1990s. The title was released in a video game form created for American Game Boy consoles in 1990 and it wasn’t quite there in terms of popularity. The style was different than what the American audience was used to, but little by little, throughout the 1990s decade, it found a strong fan base and once the anime boom hit the US, it became an addiction for many who got hooked on the new presentations of story-telling. We don’t like to call it a fad, because the craze has picked up speed since then and instead of passing as most fads do, it’s stuck around and intensified. There are more anime fans than ever and they’re finding that Fist of the North Star is one of the best ever made.

8. The artwork has become iconic

The artwork from Fist of the North Star was taken from the manga illustrations and it caught on big time. The background environments were so well done that they set the perfect setting for some kick-ass fight scenes to take place. The stylized sprite art has taken on a new value with the American public as well as throughout the world as anime has become more familiar and the merits discovered by the changes in society and attitudes and a new generation of readers/viewers and fans who have a deeper understanding of the messages and entertainment style that was once a foreign concept.

9. You can still find copies of the video games

Look for the title “Fist of the North Star: 10 Big Brawls for the King of the Universe. Under the Japanese title, it will be “Hokuto no Ken: Seizetsu Juuban Shoubu.” Other titles under the franchise include “Fist of the North Star/Hokuto no Ken: Seikimatsu Kyuuseishu Densetsu” by Toei Animation/Taxan in 1987, with the next in the series coming out under “Hokuto no Ken: Shichisei Haenden: Hokuto Shinken no Kanata e” by Toei Animation in 1991, Street Fighter II by Sun L/Capcom/Nintendo in 1995 and Samurai Shodown by Takara in 1994.

10. Fist of the North Star is available in the Manga

If you’d like to examine the Fist of the North Star in its original story form you can still obtain copies of the manga. With 6 million sold, there are bound to be several out there for sale. It can give you a better idea of the intention prior to the adaptations for the other formats it’s currently offered under.