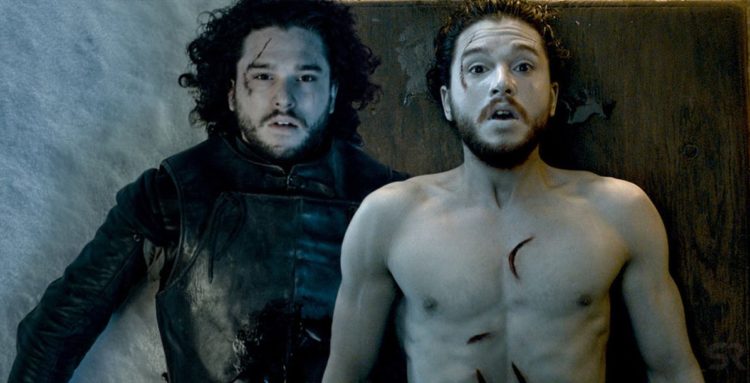 Death in the movies and on TV can be permanent since it’s been that way quite a few times in the past and it’s stuck more often than not unless one is watching a soap opera and the familiar trope that a person was thought to be dead but wasn’t for this and that reason. But there are some deaths that tend to stretch the boundaries of good taste and even the realm of fantasy since they’re not exactly well-planned or even thought out in a way, and people simply can’t get behind them because the effect looked a little too final to reverse it in any way. A lot of TV shows have done something like this, but thankfully some of them have kept the characters dead no matter the outcry from the fan base. Sometimes death does need to be permanent in pop culture since otherwise people can’t really learn how to move on and grow as a result of the loss. This kind of thing is when pandering to the public really takes a dramatic turn, and not for the better. Leaving some characters dead would likely ruin a show, particularly if a book has them coming back to life somehow, but in other cases it’s just a bit ludicrous to think that the characters were brought back without any other explanation than ‘we felt it was the right thing to do’.

Here are a few deaths and resurrections that didn’t make a lot of sense when they happened.

So technically this wasn’t Glenn’s death, but the moment he was stuck in should have been his demise since walkers on the show aren’t known to stop when they sense fresh meat and they’re pretty relentless as well. But somehow, with the nine lives of a cat it feels like, Glenn managed to stay alive again and again, and in one episode was stuck beneath a companion that had just shot himself, dumping them both from the top of a dumpster. While the friend was eaten, Glenn was trapped beneath him and was being torn apart as well, or so it appeared. Lucky for Glenn, he managed to shoot several walkers and escape from the rest of them underneath the dumpster. Yeah, that was a bit too much to take.

The fact that Buffy DID die and was brought back to life through a robot because…reasons, is kind of moronic since Joss Whedon was good and ready to close out the series. When he got the green light to keep going though he had to come up with some desperate way to bring her back and this apparently sounded like the best bet. Not only was killing Buffy off pretty dumb to begin with, but the manner in which she was brought back didn’t do the show a lot of favors since it really made a mess of the series and in the process killed at least a little bit of interest in it for a lot of people from that point on.

Yes, Spock did die on TV before he died in the Wrath of Khan movie, as his soul was taken from his body and destroyed and his body, after being possessed by an alien, was given a lethal injection. That alone should have taken the Vulcan off the board for the show and possibly for the movies moving forward. But he was brought back somehow since he was still a vital part of the show and obviously was meant to be a big part of the movies and the franchise moving forward. This kind of thing makes one wonder if the creator and the writers were on the same page or if they were working independent of each other the whole time.

Honestly this is kind of a gimme since Kenny has died so many times on South Park that it’s no longer funny and has long ago become kind of automatic at some point. Plus, the fact that he keeps coming back makes for a lot of good jokes, memes, and even GIF’s on Facebook. When a character dies this many times and keeps coming back it’s a gimmick that has a use but is usually only as funny as the creators can continue to make it. So far, people tend to like Kenny for their own reasons, so it still works.

This death actually upset a few people since not everyone read the books before watching the series, and George R.R. Martin was hustling as fast as he could in order to try and keep up with the series, which he failed to do obviously since he hasn’t even finished the last book. But Jon Snow, killed by his own people on the Nights Watch, was brought back by the Lord of Light and Melisandre, for no better reason than because he had some part to play at some point. At the very least he did get his revenge on the Nights Watch.

Some deaths just don’t make a lot of sense, but the resurrections make even less.