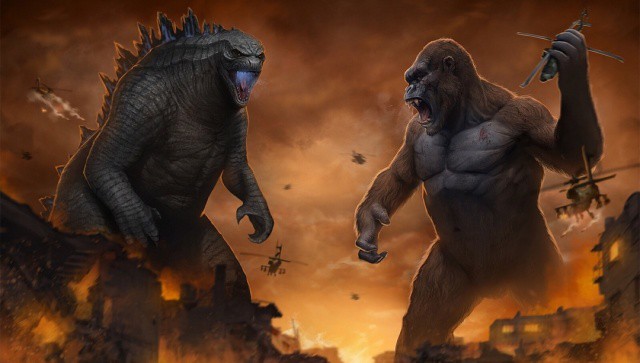 One thing that always sells in movies is action, and in 2019 it’s already been established that action is still the name of the game when it comes to mass ticket sales. Throughout the rest of the year we still have a lot to look forward to, but in 2020 it seems as though the ride is only going to continue as we await even bigger and more anticipated movies that are just going to keep raising the stakes with each new release. While some are being teased others are full-on and in the middle or close to post-production and will be ready to unveil this coming year. There’s still so much to look at this year that it’s hard to think about 2020 at the moment, but given that some of these films tie in to previous movies that have already come out or are still coming fans are going to be straining at the bit to see what comes next.

Here are some action movies we’re eagerly waiting for in 2020.

Some of these don’t have an official teaser or trailer yet so it’s hard to say just what to expect. But Mulan has been one of the undervalued stories that Disney has rolled out during its run and seems to deserve a more complete story. The fun thing is that Mulan was pulled from actual history and while the story wasn’t quite as Disney depicted, obviously, there is still enough historical basis to work from that it should become something that was just as entertaining as the animated movie. Whether the filmmakers will put Mushu into the mix is hard to say but it would add an element of playful amusement that people might like to see.

Sam Adams from Indie Wire takes the explanation of why there’s so much controversy concerning Ghostbusters 3 around the bend and back again since the reboot in 2016 was put on instant defense mode the moment it came out. Quite honestly the only real problem that seems to have come about is the problem that all reboots have, they seem to disregard the movies they’ve been made to essentially replace. The old movies aren’t any different apart from the fact that they now get ripped apart for various reasons, but Ghostbusters 3 seems like a much more natural transition that fans have been waiting for.

A lot of fans have been looking forward to this movie since the first one came out considering that the time spent on Pandora was invigorating but they really want to see how Jake takes to being part of the people full-time without having to bounce back and forth between bodies. Plus, now that the sky people are gone, what’s going to happen next? It stands to reason that the sky people could return in greater numbers since this is what humans seem to do in most movies, but then it might be a war that the people just can’t win. Plus, there are bound to be those on the planet that will still cause a problem or two here and there.

This is another movie that people have been looking forward to since the first one came out since it was such a popular movie in the first place. It’s obvious that Tom Cruise is coming back and it would seem that Val Kilmer is making the return trip as well. This time around though it’s safe to say that both men are going to be seen in a different capacity and will likely be training new recruits or possibly be coming in as the old dogs that need to show the young’uns a thing or two when it comes to flying. There haven’t been a whole lot of details on some of these movies as of yet, but you can guess why. People tend to blab and theorize until they’re blue in the face if they’re given too much.

Some folks think this is one of the more epic mismatches of all time since Godzilla is absolutely humongous and Kong from Skull Island looks like a child by comparison. But given the fact that Kong was shown in a 70s time period it seems fair to state that after three decades being allowed to grow and increase in strength he might be a bit more of a challenge for Godzilla. Plus, there’s the fact that Kong is more of a strategist at times and Godzilla tends to push forward without much of a game plan other than to destroy his opponents. After this year’s Godzilla: King of the Monsters, it’s going to be interesting to see just how Kong stacks up.

2019 is already proving to be a big year for action, but it looks like 2020 is just going to keep on rolling.