Home
Entertainment
Five Actors Who Are Just Like Characters They Played 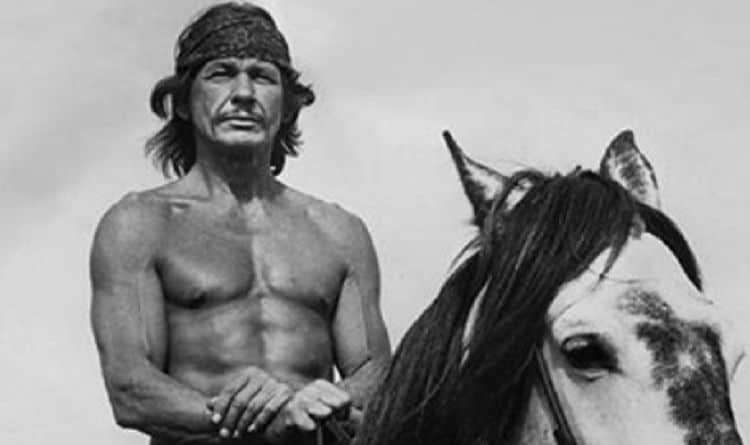 In real life a lot of actors tend to be a lot different than people might expect since if anyone is really paying attention, they’re acting, not portraying their real selves. There are times though when actors are able to just be who they are when taking on a role since the role is so close to their original persona that they might as well just act as they normally do when the cameras aren’t on. There’s a bit of a difference obviously, but not so much that people can’t help but be amazed to learn that some actors are in fact just about the same as their on screen persona. The thing is that this takes a special kind of roll and is something that people don’t get to do all the time. But there have been plenty of actors that have been able to play themselves for a role. Whether it’s come out just fine and been a great performance is hard to say all the time, but it’s interesting to realize that sometimes we’re seeing the actors as they really are on the big screen.

Here are a few actors that have been just like the characters they’ve played.

Adam is the guy that wants to make people laugh and yet is still a decent and down to earth human being as he’s played in later roles. Many that know him admit that he likes to be the comedian and get people to smile, which is reminiscent of several movies he’s made following his time as the giant man-child that didn’t appear to want to grow up. But then again it might have been that we were watching him evolve and grow into a different and more mature individual through the years and thought that he was just acting up for the audience when he was getting wild and crazy. That would be kind of a twist.

It’s likely that Dan isn’t one hundred percent like Ray since Ray was a bit of an innocent in a lot of ways in Ghostbusters, but the love for and belief in the paranormal is something that Dan shares with the character of Ray, and this love of the unknown has transferred into a few other movies over the years as well. To say that he’s just as witty as some of his other characters and yet family-oriented as well feels safe since Dan has been held in pretty high regard by a lot of the people he’s worked with over the years, and it’s easy to think that he’s every bit the fun individual he’s been in the movies, but that he can also have his witty, sarcastic side.

Charlie Sheen hasn’t really hidden anything he’s done, or the fact that this is who he really is over the years. His acting hasn’t really downplayed anything about him since every character he gets to play is a bit witty, sarcastic, doesn’t mind getting wild on occasion, and is always up for a good time. A lot of actors have had to pay their dues by taking on roles that they really didn’t fit in, but Charlie has somehow made his way through the business by taking on various roles that he’s been able to nail or at least act his way through in a passable manner. It feels unfair in a way that he’s been able to amass such a reputation, but some people are just that good.

There was no doubt how tough Charles Bronson really was since he kind of had to be growing up. The look he possessed and the overall attitude he had made him the perfect tough guy since it didn’t feel like an act as much as it did with other individuals. The only bad thing is that he never really broke out of the tough guy act, which means that he didn’t do much else and as a result it happened that his popularity started to go downhill after a while since other, younger actors started to fill in as the Hollwyood tough guys and action stars as the 80s started to roll along. But he’s still remembered as one of the toughest guys in cinema.

Despite being one of the biggest hiring risks at one point, RDJ eventually became the perfect person to play the part of Tony Stark since his entire persona WAS like Tony Stark. The genius part notwithstanding, RDJ is a very charismatic and charming individual that’s able to talk his way into or out of just about anything and he doesn’t mince words that often since it doesn’t appear to be a part of his overall character. What he does manage to do however is talk quickly, decisively, and in such a manner that a person might feel like they’re his buddy or have been given the cold shoulder depending on how he talks to them.

Some people don’t need to act as much.