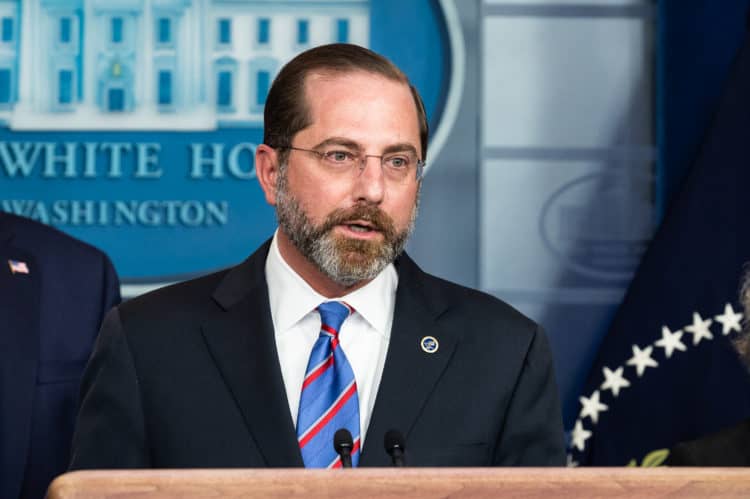 In the fight against corona, one statement shook the world and showed how severe the pandemic is. Alex Azar, an attorney and pharmaceutical lobbyist, said that if the vaccine of the virus came out, there was no assurance that will be affordable to all, this was according to The Verge. He also testified before the senate the dangers that the disease posed. Azar played a crucial role in creating awareness of the looming pandemic. Judging by the impact of the virus’ outbreak, chances are that there will be movies about it. Alex will be a crucial feature in the film and will most probably appear in several scenes. Let us look at the possible actors who can play his role in a movie.

Lets try and brush scandals aside for a moment. One of the significant factors that point you to the right actor to take on a role is similarity. If the actor has some resemblance to the character he is portraying, then the better due to the relatabilty element from the viewers. Alex Azar has Kevin Spacey as the best pick to take on his role in a movie due to their slight similarity. They are almost of similar height, and the only significant change that Spacey can take is to sport dark hair. The actor is very experienced, having been in the industry for almost four decades. He is a versatile actor, and he always brings his best before the cameras. Evidence of his proficiency according to IMDB, where you can see his awards and nominations, including several Academy wins.

Tom Hardy is one of the most underrated actors despite his longevity in the industry. He made his acting debut in 2001, and over the years, has been part of popular projects with rave reviews from both fans and critics. When it comes to playing the attorney, Hardy is a great pick considering his height and body build. The two are almost of similar height, and the actor will spare no effort in making the character sell in the movie. His versatility also makes him a fit addition to such a project. He can fit into a variety of roles from action movies, drama, and even in the world of comedy. He is also easy to work with and has maintained a decent backstage reputation.

Colin Farrell is an option many filmmakers will consider to play Alex Azar in a movie. Their similarity might not be that obvious, but the height and dark hair will work for him. He can fit well into this attorney’s autobiography and play a younger version of him. His 23-year career is a hint of how experienced this actor is and has had roles in many successful film projects. A look at TVguide, shows you his screen credits and the many roles he has played. Be it a comedy or action film, he stands out, and that shows how adaptable he is as an actor. At the moment, he is back to featuring in independent films and has several films, most of which have favorable reviews from critics. A role of this caliber can push him back to the mainstream where he rightfully belongs.

Jude Law is another talent that those in charge of the project can look out for. He possesses immense skills and has been acting ever since his theatre days in the late 1980s. He is an all-rounded actor with a rich filmography to show for the time he has been in the industry. Some of the films he has credits include 1992′ The Crane, Bent, Wilde, and Gattaca, which made him a household name, especially in his home country, England. He is very consistent, and that is one factor that has, for a long time, distinguished him from other stars. He is almost the same age as Alex and can portray an older version of the pharmaceutical lobbyist. Presently, he is dividing his time between the film and television sectors, and many works featuring him are on the way. He can capitalize on his consistency and portray Azar, a move that may change his career direction.

When looking at the experience factor, Thomas Jane may be a great option for Alex Azar’s role. He made his debut in 1987, and he continues to bring his A-game to both film and television aspects of entertainment. The result of his over thirty-year stay in business is an extensive filmography, with works that brought him nominations and awards. The actor is also experienced in the backstage area and can contribute in areas such as production and writing. He can make a name for himself should the work be a series. Thomas does not have much work under television, and such a role can decorate his career accomplishments. He has the looks, and just some tweak to the hair. The actor is also easy to work with; hence there are almost zero chances of having an unworkable environment.

Alex Azar is a significant person in the fight against the raging Corona pandemic. He helped create awareness of the spread of the flu by appearing in front of the senate and testifying. As Secretary of Health and Human Services, he is in charge of the Centers of Disease Control and prevention. These are vital institutions in containing the spread of contagious diseases. As earlier hinted, the COVID-19 pandemic is a serious issue, and once there is a cure, many movies and shows are bound to potray this situation. Highlighted are possible actors who can play the role of Alex Azar in a film.