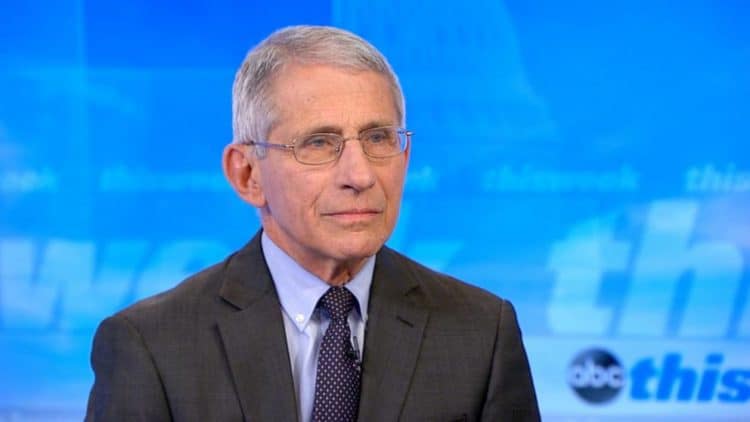 At the moment, the world is up in arms against one of the worst crisis to hit us, the COVID_19 Pandemic. It is a first spreading disease that so far has left several casualties on its path. In a bid to control the disease in the United States of America, the White House Corona Taskforce was established sometime in January 2020 under President Trump’s directive. A critical figure of this taskforce is Anthony Fauci. He is a doctor and immunologist who has contributed dearly to the research for the HIV/AIDS vaccine. According to CNN, he gets the tag of the Corona Virus Truthteller due to his straightforward approach in dealing with the Pandemic. He does not mince his words to show how dire the situation is, even when the world needs a hint of optimism. He continues to work with fellow researchers to come up with a solution to this viral attack. Should they become successful, he will be idolized worldwide for his efforts. In a move to honor him, we may have a biography about him detailing his journey in the medical world. If the plan goes well, below are some of the actors who could bring Fauci’s character to life.

One actor who can do justice to the role of this doctor in a film is none other than Johnny Depp. He is one of the most versatile actors in the entertainment scene, as you can see from the various parts he has played, according to his filmography on IMDB. He has over 40 years of experience, and you have the guarantee that he will bring his best as he has previously done with other projects. He also has a large fan base, which will translate to the box office success of the movie. You can watch his leading part in Ed Wood to see how amazing he is when it comes to biographies. With a little touch in the makeup section, will bring the similarity required for this actor to fit into Fauci’s desk as a doctor in the film.

Another versatile actor who can easily adapt to the part of Anthony Fauci is Leonardo DiCaprio. He can play a young Fauci, especially when capturing the role he played during the HIV/AIDS pandemic outbreak in the 1980s. DiCaprio has the looks, and with minimal tweaks, he is good to go as this doctor. He is also easy to work with and has an excellent backstage demeanor, which helps provide a pleasant working environment with fellow cast and filming crew. Despite being quite young, he has the experience factor to back him up, according to his filmography. Some of the roles he has taken to portray historical figures are in The Wolf of Wall Street, Catch Me If You Can, and J. Edgar. He may as well add the role of the immunologist to this list if all goes well.

Robert De Niro is one of the best actors who can portray an aged Anthony in his biography. He is a suitable pick, especially if you look at their shared Italian heritage. Like the previous entries on this article, De Niro is very versatile as an actor and can take any role once the project gets released. He has been in the film scene for almost six decades, translating to an impressive level of experience in front of the camera. He is very easy to work with and has the drawing number, which can translate to the doctor’s bio movie being a box office success. Playing such a key figure in the Italian-American community can also redeem his reputation as, for years, he has been playing roles of Italian-American gangsters. The gangster roles have not made things easy for his relationship with the Order of the Sons of Italy, which take offense with such portrayals.

Al Pacino seems an obvious pick if Robert De Niro appears on the list. He is one of the most celebrated actors in the film industry, with a career spanning over five decades. Most of his projects have been successful, leading him to win the Triple Crown of Acting. He takes on nay role seamlessly and has played several historical figures, such as the recent Irishman (2019), where he did an excellent job in playing Jimmy Hoffa. He can work with various film directors and producers, and he is well-known for his calm backstage demeanor. He can play an older Dr. Anthony, and bank on their shared Italian heritage for relatability purposes. His fluidity in taking film parts is one of the elements that make him an excellent pick for this biographical project.

Steve Martin may seem to be an odd pick when you look at the other names on the list of actors who could play the immunologist. The most probable reason is that he has more work under comedy; hence such a role seems impossible for him to take. However, do not underestimate Steve Martin as he has the experience factor and does well in non-comedic parts too. You can check his performance of the 1997 neo-noir film, The Spanish Prisoner, to see how good he is when it comes to putting comedy aside. He is also a good writer and can help in coming up with the script for the movie. Just like the two previous entries, he is competent to play the doctor in his later ages. The news of Steve Martin in such a role can shake the box office, especially from his old-school fans.

Anthony Fauci is a glimmer of hope in the dawn of the COVID_19 Pandemic, and his role as a researcher and immunologist might bring the cure for this devastating viral outbreak. He has been a vital player in the fight for other diseases such as HIV/AIDS and Ebola, among others. If a movie about him should be in the kitchen, above are five actors who can do justice to his character.