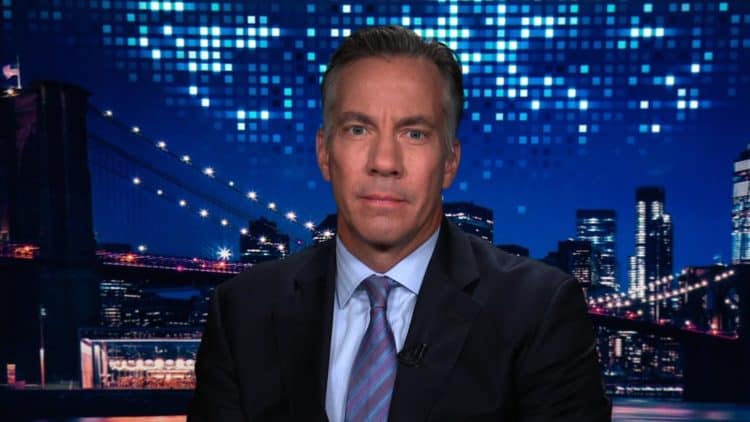 Thanks to the COVID-19 pandemic, people have been relying on the news even more than usual. Through it all, CNN’s Jim Sciutto has been a steady presence for viewers who are looking for the latest updates on what’s going on. Throughout his career, Sciutto has become a trusted source of information and many have come to appreciate his ability to present and explain information. When giving interviews, Scuitto is known for asking thorough and direct questions to help the public get the best information possible. With biopics becoming more popular, there’s a good chance Jim Sciutto could end up appearling in a film about his own life or the life of one of his coworkers. As with any other film where the characters are based on actual people, it’s always interesting to see who gets cast. Continue reading to see 5 actors who should play Jim Sciutto in a movie.

Academy Award winning actor, Matt Damon, has one of the most recognizable names and faces of his generation. Since making his on screen debut more than 30 years ago, he has become a fixture in the film industry. Throughout the years, Damon has taken on a very wide variety of roles and he already had experience playing real-life characters. He definitely has what it takes to turn any role he plays into a success. Matt Damon’s clean cut style and laid back personality could be a great match for the type of energy Jim Scuitto brings to the screen.

Jon Hamm is best-known or his role as Don Draper in the series, Man Men. However, he’s also appeared in several other successful movies and shows over the years. He has dozens of film credits and has worked with some of the biggest names in the industry. He already has experience working on a biographical film. In 2019, he starred in The Report which told the story of the investigation into the CIA’s use of terror following September 11th. Hamm has won several awards during his career, but he has yet to receive an Academy Award nomination. Perhaps playing someone like Jim Sciutto could be a true career defining moment for him.

Many of Leonardo DiCaprio’s fans will feel like they’ve watched him grow up. When Leo first hit the acting scene in the late 80s, he was just a kid. Now, 30 years later he’s an Academy Award winning superstar who has been in some of the most memorable films of the last 20 years. There’s no denying the fact that DiCaprio brings an unmatched level of intensity to each role he plays. He has the ability to fully embody each character he plays and it’s impossible not to pay attention to him when he’s on the screen. It would be interesting to see how he handles a role like Jim Sciutto, and I’m sure he would knock it out of the park.

Todd Phillips may seem like an odd choice for this list. In fact, some of you may not be very familiar with his name. That’s because Phillips is more well-known for his work as a director, producer, and writer. However, Phillips is also a talented actor who has appeared in a handful of films, including The Hangover. While he may not have as much acting experience as some of the other guys on the list, his experience behind the camera could definitely come in handy. Also, the chance to portray someone like Jim Sciutto could prove to be a breakout acting role for Phillips.

George Clooney is one of the highest grossing actors of all-time. Over the last 40 years, Clooney has had quite the career. He’s won two Academy Awards and been nominated for three Emmys. Clooney is one of the few actors who has been able to be equally as successful in film and TV. It goes without saying that any time Clooney appears in a film, it’s almost guaranteed to be a hit. Clooney definitely has the charisma to to play Sciutto. Not only could playing Jim Sciutto be a potential award winning opportunity for him, but it would also help Sciutto’s story even bigger. Since Clooney has been fairly open with his political views, he also might enjoy the playing a role that overlaps with that.