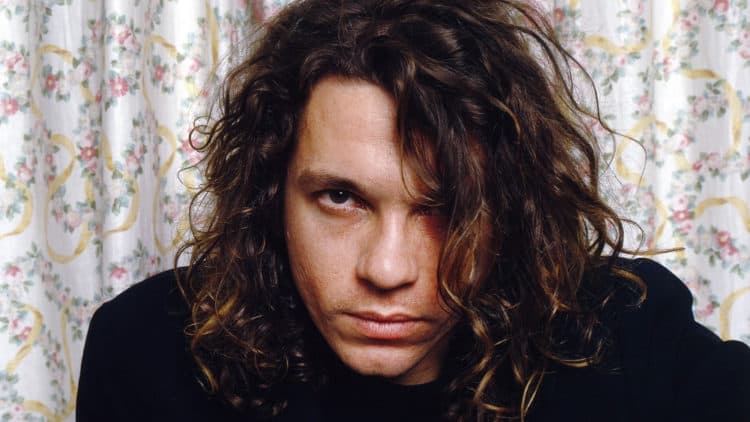 Bob Diehl of Radio.com, along with a lot of other folks, never really seemed to buy the explanation of Michael Hutchence’s demise in 1997. While the leader singer of INX was ruled as a suicide some folks thought differently since as some would say he’d been acting quite differently for a while. Stephanie Nolasco of Fox News takes it a bit further in her own article by stating that after an altercation with a cab driver in Denmark Michael was never the same after suffering a head injury after being knocked to the ground and fracturing his skull. This is pretty hard to deny since he didn’t go to see a doctor until days later when enough damage had been done to alter his senses and likely alter his brain chemistry a bit. Unfortunately this meant that he became quite aggressive and confrontational towards a lot of people that remember him being a lot more mellow. This is definitely the type of story you can see becoming a biopic at one point, but the question now is who would be the leading man for the film.

Here are just a few individuals that might be up to the challenge.

The Vikings star might not have exactly the right look but he can do brooding and mysterious pretty well when he’s given the chance to do so. There’s a good reason he’s so low on this list and it’s largely because while he has the skill he doesn’t really have the look, though that could be helped by changing his hair style and possibly some coaching as to how Hutchence acted on a regular basis. He’d be on the low end of the talent pool but he’d still be one of those that you would want to see audition for the part.

It seems like he gets left out a lot doesn’t it? Chris seems to get all the big, glamorous parts and Liam seems to get the movies that just don’t go anywhere. He does seem right for a biopic like this however since his presence isn’t quite the same as Chris’s and seems to make him more of a brooder than anything. His real personality might not be this way and it’s easy to check and see that neither was the real Hutchence for a while. But since you know that a movie like this would be exploring his darker side once he had the accident it’s easy to see that Liam would likely take on such a role fairly easily.

So far the focus with Tom Holland has been on Spider-Man and not much else since his inclusion into the MCU has been nothing short of phenomenal. But stretching himself out by taking other roles that could test his acting talent and force him to expand his repertoire a bit would be great since it would make him worth a little more and make him a bit more endearing to the fans, especially if he nailed it. The tragedy that would eventually strike at the end of this movie wouldn’t be quite as tear-jerking as Infinity War, but it woudl still be an emotional moment for many people.

The Hunger Games seem to be where he’s picked up a lot of his fame though he’s been around before and after the movies that helped to re-establish him as a movie star. This role seems like it could be another way for him to get in the good graces of the fans and become a sensation yet again since lately it seems that his reputation has dipped just a little bit. He’s got the kind of acting talent that makes him worth looking at for a lot of different parts, but this one seems like it would suit him if he changed his look, obviously, and just gave the kind of attention he’s given to a lot of his roles.

It would seem that Ansel takes on a lot of roles that see him in a romantic way that paints him as the good guy or at least the guy that’s trying to do his best and ends up somehow getting the short end of the stick when all is said and done. But that’s his character a lot of times and for this it seems like it might work since it the whole idea is that, unfortunately, he would change from being the guy that everyone liked to the guy that no one understood any longer. He would no doubt be a great match for this role and someone that would do it a lot of justice since he can act and he can seemingly be as unpredictable as he needs to be.

All in all any one of these actors would work, some better than others to be honest.