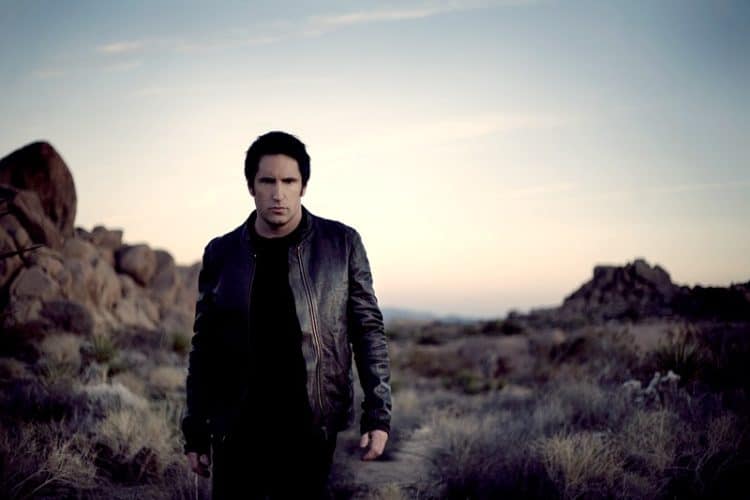 Recently, industrial rock band Nine Inch Nails has been making airwaves due to their induction to the rock and roll hall of fame. It seems it was due time for the band to make this prestigious accomplishment. When talking of Nine Inch Nails, you cannot overlook its founder and lead vocalist, Trent Reznor. Since the formation of the band in the late 1980s, he has been the only permanent member, and the band can as well be his child. He has seen it through ups and downs, members leaving, garnering awards, and this makes him a key figure in the Rock scene. One way to honor Reznor is by having a biopic about him. Should the plans to have a movie go through, below are some of the actors who can play him.

One of the best actors to take on the role of Trent Reznor in a movie is none other than Tom Cruise. His body build is similar to Reznor’s, standing at 170 centimeters tall. They have the same hair complexion, and Cruise has, for years, been synonymous with a rockstar-like personality, which enables him to fit into the part effortlessly. He also has the experience factor behind him having been in the film industry for almost four decades. It translates to a comfortable fit for whichever part he takes, and Trent’s won’t be an issue. He is popular in the film industry and has the drawing numbers that can propel the movie to box office success. You can check out some of his works, such as in the 2012 movie Rock of Ages, to see how he does perfectly in rock-themed films. Look at more details of the movie from IMDb.

Another actor to look at when you want to portray a young Reznor is Daniel Radcliffe. He already has made a career for himself in the Harry Potter franchise, and the experience garnered is fit for the leading role in the rockstar’s biopic. His build is not badly off, and he is just a few centimeters shy of Trent’s 1.7-meter height. One thing he can work on is his British accent, to tune it to have an American touch similar to the artist’s voice. He has the drawing power courtesy of his previous works, and he is a sure hit with the audience.

When you take a peek at Screen Invasion, you can see how Johnny Depp can bring to life various historical characters. In the Hollywood scene, he has the distinction of being one of the most versatile figures, able to bring any character to life effortlessly. Given Trent’s part, you are sure of the best portrayal, which can take the film to the academies, garnering tons of nominations with a high possibility of awards. He is also known for his immense dedication when on set and can work well with any movie crew, demonstrating his level of professionalism. It is a fact that before he started acting, he was a guitarist in a rock band. His experience in bands and music generally will work to his advantage of making the part easily adaptable to film.

Another great pick to play the musical genius is Christian Slater. Slater is almost the same age as Trent Reznor and can bring out an aged version of the rockstar. His career spanning three decades provides the right experience to get him the starring role in Trent’s biopic. His level of adaptability will also go well with whichever tone the movie will assume, mostly drama. His skills have earned him both awards and fans, giving him a considerable drawing power. He has an almost similar appearance to Reznor though he is a few inches taller. A slight tuning to his facial features and a guitar on his hand, and you have the perfect picture of the NINE founder on stage. As he is fluid, he can fit in a whole lot of subgenres that the film can fit in.

While Taylor Lautner is slightly taller and well-built than the present form that Trent is at the moment, he is competent to play the young version of the rockstar. The dark hair complexion and the distant look is one of the factors that both the stars share. An additional aspect is that Taylor has the infamous bad boy stage demeanor associated with several rock artists. A little tweak in appearance and the actor has the exact looks as Reznor. Such an important role can go a long way in giving Lautner the necessary shove to push his career from the stagnation point. While he was quite young in the entertainment scene, there were immense hopes for him to scratch the proverbial ceiling. However, he sunk into obscurity after a few failed releases. Considering the massive fan-base he acquired still wants more from him; there is a numbers advantage. He is also known for a calm backstage presence that makes working with him a simple affair; as such, getting the role provides a smooth working environment.

Aside from the names above as suitable candidates to take on Trent Reznor’s character in a movie, there are of the actors who can bring their A-game. One of them is Leonardo DiCaprio, who is well known for his superb skills when it comes to biography films. James McAvoy is another actor with the same height as Reznor, who can bring an emotional essence to the film.

Nine Inch Nails is one of the greatest bands in the industrial rock scene, and many feel its recognition by the rock and roll hall of fame was overdue. Among the figures behind the success of the band is a long-time member and founder of the group, who is a big name in the rock scene, Trent Reznor. To honor his achievements in the musical scene, a biography movie would do him justice. In this vein, above are some of the best actors who can bring Trent’s character to life effectively in a film.