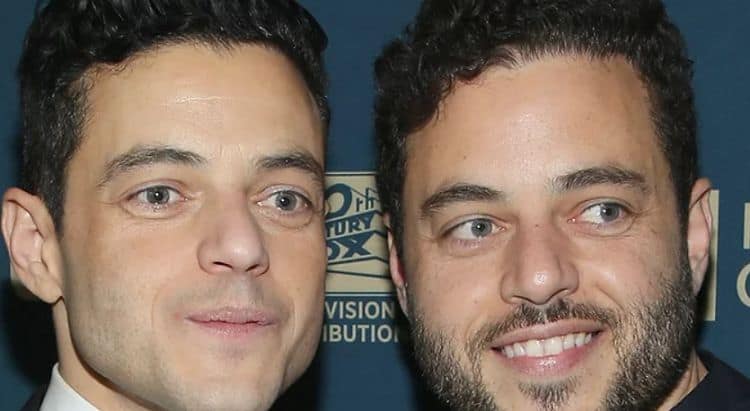 It’s interesting to find certain things about celebrities sometimes, especially those that a lot of people might really enjoy but not know that much about. With some actors, it’s easy to be confused as to why a person wouldn’t know any more about them than they already do, but quite a few actors try to keep their private life apart from their professional life, which means their family as well. Unless their family is a part of the same industry, which is pretty common, it’s fair to think that the celebrities are going to have a few secrets here and there that a lot of people might not know. But as far as it goes with identical twins, there are some actors that have a twin that people know a lot about either because they’re in the business or the actor has made this a matter of public record. But even if they’ve done that, there’s always the possibility that people just aren’t paying attention.

Here are a few celebrities that people might have forgotten have a twin sibling.

It sounds like there was a time when Aaron and Shawn were kept pretty close since their careers in Hollywood weren’t that far apart. They would even stand in as a body double for each other from time to time, but over the years their careers have drifted apart and they’ve gone on to do their own thing. But to be serious that’s one of the most beneficial relationships in Hollywood since having a twin that’s in the same industry is great when it comes to needing a body double for one shot or another. Granted, it helps if the sibling wants to do this, but since they both have a career in show business it definitely helps.

This entry is a little saddening since Leslie passed away at the age of 63 in 202o. She was actually the double for her sister Linda in Terminator 2: Judgment Day, so one can at least state that they were pretty close. But while T2 happened a while ago it’s likely that Linda and Leslie were twins wasn’t made into that big of a deal. If it was then it likely escaped a lot of people since the Terminator actress has been looked at as one of the best parts of the entire franchise given that Sarah Connor has been one of the biggest influences on the story for a long time now. In terms of their looks, it’s easy to think that there was a difference, but their resemblance was enough that it worked for the movie.

Rami and Sami are pretty different since Sami opted to go the route of a teacher while Rami looked toward hitting the big time. So far in Rami’s career, he’s done quite a bit and been extremely successful, as he’s taken on the roles of a couple of big-time characters in a couple of very memorable movies. It goes without saying though that Sami did choose a profession that has the capability of being so much harder but definitely every bit as rewarding, even though the pay isn’t likely to be as good. But all in all, it’s fair to say that these two are likely the pride and joy of their family.

These two actually look so similar that it’s uncanny, and it might even fool a few people if they tried to pull such a gag. But while they do look alike and are both a part of show business, Jon went into acting while Daniel took the visual effects route and has been doing this for a good while now, as he’s worked on a few big movies and made a name for himself much as Jon has. It feels like it would be interesting to have a sibling in the same industry, especially when it comes to swapping stories about their experiences.

Like many twins, there’s definitely a good resemblance here but it takes just another glance to make sure that they are unique enough that they don’t look exactly alike. While Eva pursued a career in the movies and has thus far been quite successful with some of the biggest titles under her belt, her sister Joy opted to spend her life caring for animals and has been pursuing that goal for a while now. It’s interesting to see what kind of directions twins go in since there are quite a few myths that are created about twins and how close they are while growing up. As people get older though they tend to go their own way.

Twins are amazingly common when it comes to celebrities, which is odd, but definitely acceptable.