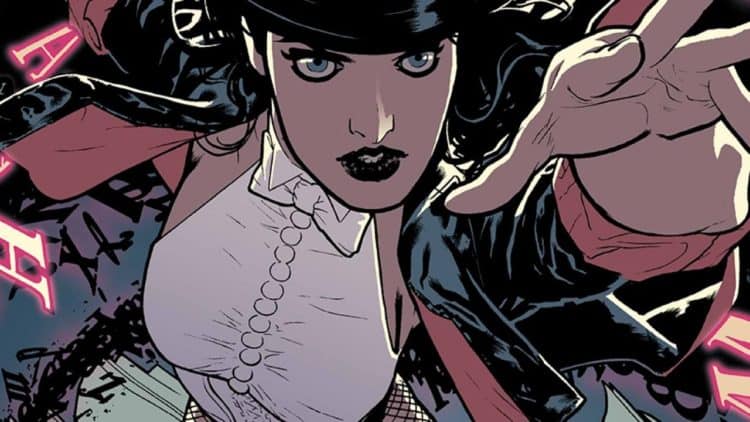 At the moment a Zatanna movie for DC is still more of a rumor than anything but it’s one that’s been around for a couple years now and the hope of many is that since the Justice League has already come out and the Snyder Cut is on the way, it’s possible that seeing Zatanna kick in for the Justice League Dark could be a possibility. While a number of people have their own ideas about who should play the sorceress that might pan out, there are plenty of women that could take on this role and likely rock it out of the park. Some might be kind of a shock to see on the list or a bit of surprise at least, but there are a lot of talented actresses out there that would be able to take on this role. Of course the quirk that Zatanna possesses, speaking her spells backwards, would be kind of interesting to see on screen, especially if it was showcased in a way that would make it even more impressive given that it would be something that a lot of enemies might not learn to expect right away. But as far as the character and her mannerisms there are a lot of individuals that might excel in a big way with this role.

Here are just a few of our picks that might be able to fill this spot.

From a physical standpoint Summer could likely take on this role without any real difficulty, though like anyone on this list she’d need to possibly learn how to speak backwards in order to make the character work. But given that she’s still in the business and is still fairly young this could work and it could bring her back to the kind of prominence she was enjoying when she took on her role in Firefly and Serenity. At this point a lot of DC fans know about Zatanna, but it would be great to put her on the big screen and make her even bigger if such a thing is possible, as DC could really use the boost.

Minka might not be a first pick since she’s in her 40s at this time but it does kind of depend on what J.J. Abrams is really looking for in an actress, and Minka is still fully capable as she’s been featured in a DC production to begin with. Relying on age and possibly foregoing an origin story would be kind of interesting since it could show Zatanna after years of experience and combat, showcasing her as a strong and independent individual that’s seen it, done it, and been around the world a bit in service to the greater good. It’s an idea at least, and one that might have at least a little bit of merit.

Camilla has had plenty of time to build her reputation and while she might come off as kind of a one-note actress at times she’s far more sophisticated and capable than some people might think. Putting her in a role where her personality would have to play a big part would be kind of nice since it would show a lot of folks just how expressive she can be and how great her act really is. Zatanna is definitely the kind of role that would require any woman that took it to be a little more flashy if only because she’s something of a showman as well as a superhero since she did follow in her father’s footsteps.

Such a role a this would almost feel redemptive if Megan could pull it off since she’s been seen as the sex appeal in a lot of movies but also as kind of a troublemaker from time to time. That being said, she’s also capable of showing enough personality to make a role work, so long as she’s given the right dialogue and role to fill in and isn’t asked to do anything that might make her appear as a brainless character. Any woman playing Zatanna would really need to show that they have the kind of intellect that’s required for the role and would need to prove that they’re more than just a pretty face.

It would appear that some folks are already set on seeing Eiza take the role since the artwork that’s been seen online is absolutely stunning and paints her in a light that could easily become reality if Abrams is fully set on pushing this idea forward. Considering how she’s been tearing up the big screen with her roles in recent years this isn’t a big stretch since her acting is on point and her popularity is currently soaring. She might just be the best number one pick out of everyone.

Hopefully this becomes more than just a rumor at some point.