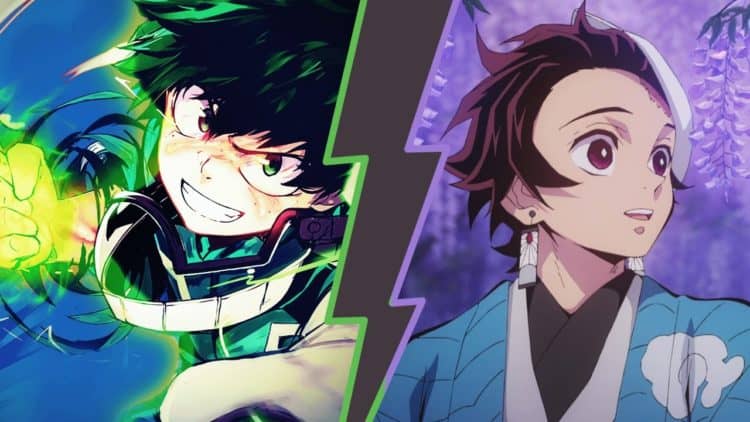 Anime is full of badass heroes and villains alike that battle it out amongst themselves on a consistent basis. However, there are some characters that unfortunately do not share the same anime universe and therefore it is incredibly unlikely that we will ever get to see a match-up between most of these characters. While all of these characters are the protagonists of their own shows, it would be totally awesome to see the likes of some of these anime heroes get paired up with each other in a one-on-one World Tournament-style head-to-head match-up. So which anime characters do we want to see battle it out at each others’ throats? Let’s take a look below! Keep in mind, I don’t know who I think would win in each situation, I think I’ll leave that up to you to decide in the comments below. (Spoilers for a couple of shows here, so if you don’t want some details spoiled for you, click away!)

First up, we’ve got Edward Elric from Fullmetal Alchemist and its sequel series, Fullmetal Alchemist: Brotherhood, pitted against Yaoyorozu Momo from My Hero Academia. Both of these anime protagonists have the ability to create object seemingly out of thin air, however that’s not exactly the case. In Edward’s case, he cannot create something from nothing – he must take something of equal or greater value to make is creation. This is the Law of Equivalent Exchange. In Yaoyorozu Momo’s case, she uses the lipids in her body to construct her creations, so the more she trains her body to handle this, the more she can create. I think that Edward Elric and Yaoyorozu Momo as would be a perfect anime hero match-up, because they have very similar abilities – I think it would be fantastic to see their creation abilities go head-to-head to see who would be the ultimate creator. Though, a battle of combat skills may be a different story.

Both Kaneki Ken from Tokyo Ghoul and Naruto Uzumaki from Naruto and Naruto: Shippuden have similar hidden abilities. Naruto turns into the Nine-Tailed Fox and Kaneki unleashes his deadly Kagune (his predatory weapon) when forced to defend himself and attack others. Naruto and Kaneki put in the ring would be deadly and the ring would be completely destroyed and collateral damage would be inevitable. This would definitely be a fight for the ages and I would pay to be in the audience of a fight like this.

Spike Lee from Cowboy Bebop and Levi Ackerman have very similar energy, I feel like if these two were to somehow run into each other and decide to battle it out, compared to the other anime hero match-ups on this list, would be relatively calm and precise rather than destructive and careless. Spike definitely likes a show, but I think he would match Levi’s energy in a fight which would take the fight down a couple levels. I would still love to see this happen, but I don’t think it would be an all-out death match like some of the other battles.

Tanjiro Kamado is the main anime hero from the hit anime, Demon Slayer. Izuku “Deku” Midoriya is the protagonist from the massively popular anime, My Hero Academia (Boku no Hero Academia). They are both protagonists from shonen anime, which makes them an incredibly good pairing for an all-out brawl between the two. Both of these heroes are incredibly talented and have extraordinary abilities and I think that a fight between them would be very close – if not a tie. Seeing Tanjiro’s Water and/or Sun Breathing techniques against Izuku Midoriya’s One for All as well as his spin on One for All, Shoot Style, would definitely be really cool and I would love to see these anime heroes battle it out.

The match-up between Goku from Dragon Ball, Dragon Ball Z, and Dragon Ball Super, as well as Saitama from One Punch Man has been a debate for quite some time now. Who would win? The man who can end his opponent with a single punch – or Goku, the Super Saiyan of all Super Saiyans? I honestly have no idea who I think would win this fight, but what I do know is that whatever planet they’re fighting on (Earth, Namek, or anything else) would be completely and utterly annihilated after a fight like this.