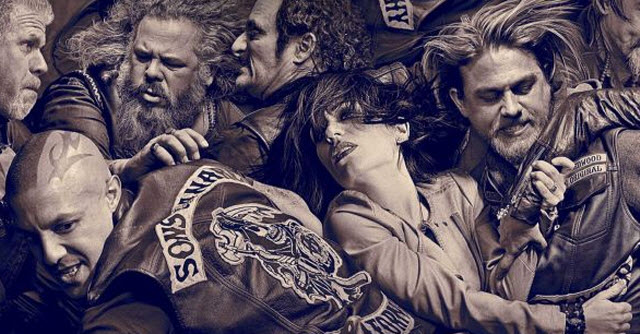 We’re back again with another collection of the Sons of Anarchy’s greatest hits, this time in the most recently completed season, the sixth. I would argue that season six wasn’t one of the show’s best, but even a lackluster season of Sons of Anarchy isn’t “bad,” per se, I just had my issues with it. But we’re a long way from say, Dexter’s last seasons.

So here are the five “best” moments from Sons of Anarchy season six, but again by best I don’t mean that they aren’t horrible brutal, violent and disturbing. I mean they elicit a properly shocked reaction from the audience most of the time. And season six was certainly full of those. Read on to see what the top five were. Obviously spoilers follow.

Sons of Anarchy is always trying to come up with new ways to top itself, and they certainly went all out with a school shooting to open season six. The idea was that the boy got the gun from his gang banger step father, who naturally got it from the Sons. That kicked off yet another new investigation into the Sons, ultimately leading to many events of the season. I wasn’t a huge fan of this development as SOA usually relies on carefully constructed plots that unfold over years. This was a purely random event just to spice things up, and it really wasn’t the show’s style. But it was shocking, I’ll give it that.

Otto exists as a shell of a person at this point, but in this season we see him getting “punished” for his transgression for killing the nurse by her brother sending men to his cell to rape him every single day. It’s one of the more brutal things on the show, but Otto is a guy who bit off his own tongue, so it’s really hard to imagine he could endure any more pain than that. His punishment finally ends with his death, though not before he kills the man responsible for it all. A fitting end for a sometimes out of place character. 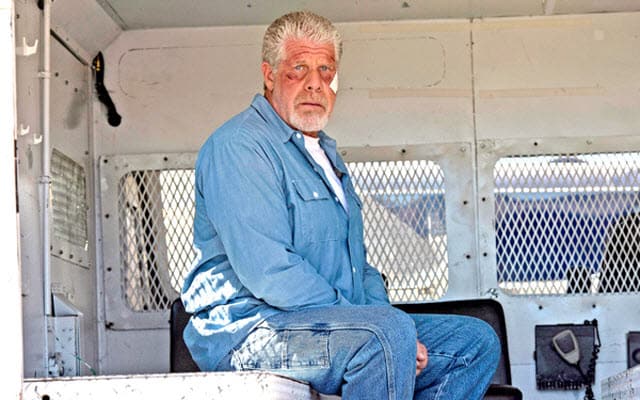 It’s hard to believe that Sons of Anarchy finally bit the bullet and had Jax kill Clay, but they did it in a rather strange way. The show felt like it probably should have killed Clay years ago, or if they let him live, have him rise to power again. But after prison, he was never the same, and seemed like lost soul right up until his execution, more or less. Yeah, it’s closure Jax got to do the deed, and the fact that he died was certainly a big moment for the show, but it did feel a bit anticlimactic given everything that had happened before.

Jax is having plenty of trouble with the Chinese in season seven now, and that was largely sparked by the events of season six where the Chinese gang and most of their leadership were slaughtered as Jax tries to get out of the gun trade. The Irish were mostly to blame, but Jax had to cover it up so the Sons didn’t seem like they were involved. I’d say it was shocking, but pretty much any time two gangs get together these days on the show, one of them isn’t leaving alive. 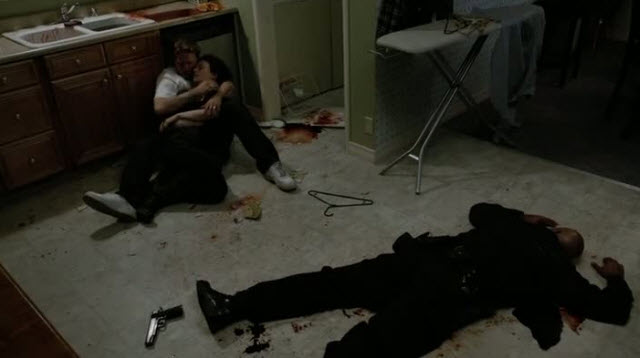 And naturally, we come to the biggest moment of the season, and certainly one of the biggest moments in the history of the show. Gemma and Tara’s rivalry had been building for six seasons to this point, but even still, I think few expected Gemma to actually brutally murder Tara the way she did. Gemma missed the memo that Jax was turning himself in to protect the club and Tara wasn’t turning on them, so she killed her thinking that would…do something. The local sheriff had the misfortune of being there too, but was killed by Juice as part of the coverup, and he’s now keeping Gemma’s secret in season seven. But if you think we’re going to get to the end of the series without Jax learning the truth about what happened to Tara, you haven’t been watching SOA the past six years. The lies always surface. Always.