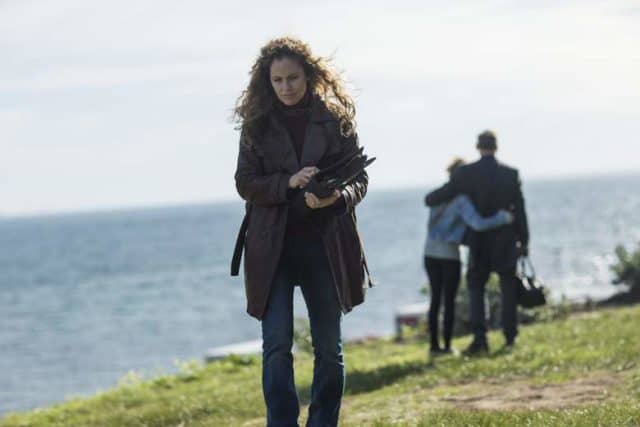 The return of The Leftovers starts the third season off with unsettling events. We can guarantee that it’s going to be a wild ride as the show enters its final season. This is sad news for loyal fans who will have the chance to become reacquainted with the characters in time to say goodbye.

Here are the 5 biggest surprises you can expect as the series draws to its close.Â  Be careful if you haven’t seen the show much this season, spoilers ahead:

1. The Book of Kevin

The opening episode of the third season gives a flashback moment to the last episode of the second season. Evie wakes in the Miracle Visitor Center and has an exchange with Meg before escaping. As she leaves, she sees an evacuation in progress. The military comes close to blowing up Evie and the Guilty Remnant crew. As luck would have it, the last car had pulled away just before the bomb was dropped.

Nora and Kevin had a wonderful time together, but afterwards, he began to lose it. In a shocker, Kevin covered his head with a plastic bag, taped it and attempted to suffocate himself. He was still suffering from the aftermath of the events he experienced ater the Departure. Nobody knows what is going on in Kevin’s head. He doesn’t show any outward signs to family or friends. He does his job well and is a pillar of the community. He has a lot of pull in the town, but will he be overcome by his pain?

3. Kevin is compared to Jesus

Matt is the leader of the devoted followers who look up to Kevin. He began to write a gospel that starts with Kevin’s life after Mapleton. The comparisons that he made liken Kevin to Jesus Christ. Kevin was unhappy about the text and was vocal about his dislike of the insinuations. Just prior to burning the sole copy of the text, he looked skyward along with the others viewing a message regarding the pending anniversary of the Departure.

Dean presents his theory about dog evolution and Kevin doesn’t take it on. As Tommy and Kevin leave the lake protest, Dean attacks the two with the intention of killing Kevin. Kevin escapes into the lake and as Dean was in hot pursuit, the gun malfunctioned. The climactic episode showed Dean holding a rifle on Kevin it seemed that this might be Kevin’s last episode, but Tommy appeared at the last moment to shoot Dean in the head. This event added more fuel to the fire as it seems that Kevin just cannot be killed.

5. Glimpse of the Future Nora

The final scenes of the first episode of season 3 conclude with a journey to Australia. It shows a jolting scene with an elderly woman bringing carrier pigeons to a woman of the cloth. She asks if the name Kevin means anything to her. She indicated that it didn’t and viewers then learn that she is an older Nora. The way this episode ends is puzzling and we all wonder if the show is going to jump ahead by several years. Could Nora end up telling the tales that lead to the finale and wrap up of the series? Tune in Sundays at 9/8 central time on HBO to find out.