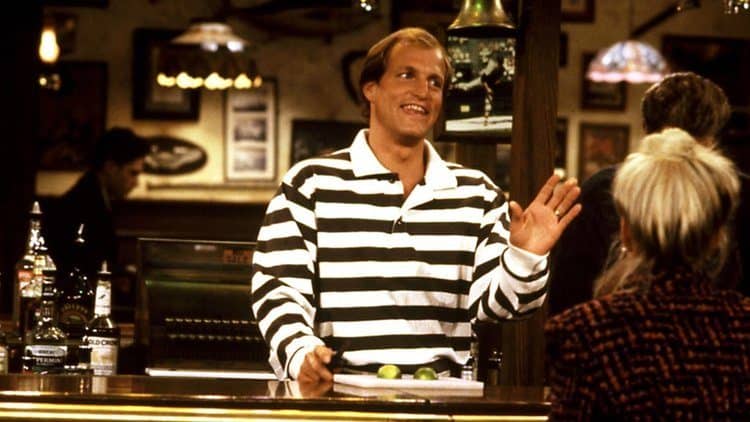 A lot of people have family members who are less than savory characters, but some celebrities have been seen to have family members that one might describe as evil in a very easy to define sort of way since some of the things they’ve done and the attitudes they’ve displayed have been all kinds of horrible. In some cases, it’s not quite that bad, but one can easily come to think that some of these people might have been better off getting away from their relatives and staying away since it sounds as though nothing is going to be fixed that easily. Of course, given that a lot of them have tried to patch things up or have at least done what they could to make things better, it says a lot about the celebrities in question, even if some of them are a big of a pain the backside themselves. It kind of goes to show as bad as a person can be, there’s always going to be someone to stick around in an attempt to make them better.

Here are a few celebrities that had truly horrifying relatives.

It sounds like the fortune that Macaulay amassed in his younger years was a huge detriment to how his family dealt with each other since he was seeking emancipation by the time he was a teenager. One has to wonder why in the world money would be such a huge issue when there’s plenty of it and the family is taken care of from a financial standpoint. It doesn’t help though that Macaulay was seen as a type of cash machine since his fame kind of started to fade not long after the Home Alone movies. Once he started getting older things just kind of fell apart, and his family fell apart as well.

4. Jennifer Aniston’s mother wrote Jennifer out of her will.

This is something you can’t help but raise your eyebrows at since being written out of a will is kind of petty to start with, but when one is talking about Jennifer Aniston as the one being excluded it’s hard to feel too sorry unless there’s a great deal of sentiment involved. The issues between her and her mother however were apparently too deep to be solved before her mother’s passing, which is hard to accept since few people want to pass away with that kind of ill-feeling between them and someone else, especially a loved one. But sometimes a feud is just too strong to be overcome in time.

This is, unfortunately, a pervasive issue in Hollywood and has touched the lives of many individuals that have been a part of the entertainment industry. One has to wonder why, but this tends to go into a discussion about stress, who can take and who can’t, different levels of stress, and will generally lead into a debate over what might happen to the average person versus a celebrity or anyone that knows a celebrity personally. The point is that drug-related crimes do happen to a lot of people, but when they can split apart families it’s a saddening thing no matter the status of a person.

2. Charlize Theron’s mother was sent to jail after killing her father.

It was said to be self-defense, but Charlize Theron’s mother was still locked away, which is likely something that had a huge impact on her since losing one parent and then losing another to incarceration would be a tough way to live. The idea given though is that Charlize’s father was abusive and along with her uncle was planning to kill her and her mother at one point. This prompted her mother to act in self-defense, but it wasn’t seen this way obviously since she was incarcerated and Charlize went on to live her life after that, though it’s likely that she still thinks of that time now and again.

Harrelson actually lost track of his father when he left his wife and three kids to go off and do his own thing. He didn’t hear about him again until his father was arrested and put in prison for killing a sitting judge, which is a hard way to learn your father’s whereabouts no doubt. But to this day he does go to visit his father in prison and he’s admitted that the man might be a better friend than a father at this time since for a long time he knew nothing about him. It does sound as though Harrelson’s father is well-read and very intelligent, but one has to wonder if that intelligence has come largely after his incarceration.

Just remember this if you ever think your family is messed up.