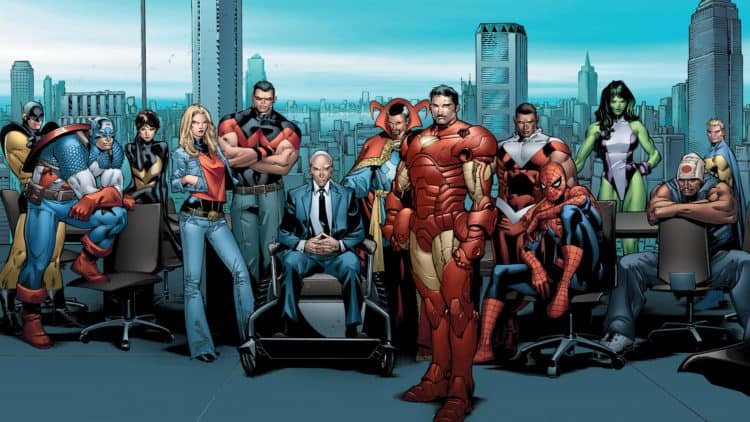 House of M is a fantastic Marvel storyline and it looks like WandaVision is taking heavy inspiration from the event. WandaVision has taken the world of Marvel and Disney+ by storm with its wacky, confusing, and sometimes outright horrifying episodes. Viewers seemed to hate the series at first, but now that it’s had some time to manifest and show viewers what it truly is (or seems to maybe, possibly be somewhat, kind-of) about. While we still don’t exactly know everything that’s going on in WandaVision, we do know that it seems to be taking quite a bit from a 2005 Marvel comic storyline called “House of M” in which Wanda “Scarlet Witch” Maximoff inadvertently kills a few of her fellow Avengers and creates an entire world separate from the real world with her powers. In the House of M storyline, there are plenty of characters from the Marvel Comics universe that make an appearance, but many of these characters have yet to be introduced into the Marvel Cinematic Universe. Here’s 5 characters we’d love to see from House of M be introduced into the MCU in WandaVision! Also, be warned for spoilers for WandaVision as well as House of M.

Surprisingly enough, Luke Cage is actually a pretty big factor in the House of M comic run from 2005. We first are directly introduced to Luke Cage after the X-Men and the Avengers head to the abandoned island of Genosha to find Wanda and decide her fate, unfortunately she ends up creating an entirely alternate reality where Wolverine ends up meeting a version of Luke Cage that has never even heard of the Avengers. This would be a fantastic way for WandaVision to introduce Luke Cage from the Netflix show into the Marvel Cinematic Universe, however I’m not exactly sure how realistic this would end up being.

Wolverine is also another major character in the House of M storyline as he seems to be one of the only characters that were sucked into this alternate reality created by Scarlet Witch who actually remembers the world before Maximoff’s attack. WandaVision would be a great way to introduce Wolverine into the MCU especially considering we’ve already seen the Fox X-Men version of Quicksilver portrayed by Evan Peters (also from American Horror Story) introduced into the Marvel Cinematic Universe through an in-universe recast. Since it seems like Hugh Jackman is putting away the claws for good, this would be a prime time to explain why Wolverine might look different in the MCU compared to the Fox universe.

Charles “Professor X” Xavier is the mutant leader of the Charles Xavier School for Gifted Youngsters, aka the X-Men Mansion, and he tends to be the man behind it all when it comes to mutant related activity. In House of M, he was the one that was attempting to keep Wanda Maximoff’s abilities under control by cancelling out her power by using his. Unfortunately, this was taking too much of a toll on himself, her powers were quickly overwhelming his, and he was unable to continue to control her. I would love to see Charles Xavier brought into the world of WandaVision in some way.

Okay, so Mephisto might not exactly be from the House of M, but it does look like WandaVision is also setting up his debut appearance in the MCU.  WandaVision has already seen Tommy and Billy introduced and the newly renovated Pietro even says “Unleash Hell, demon spawn” as he tells the children to go around town trick-or-treating. While this could just be a reference to the way that children tend to behave, I highly doubt that Marvel would put a line of dialogue in any of their projects that have even the slightest possibility at hinting at a greater meaning, if it didn’t actually have a greater meaning.

In the Marvel comics, Eric “Magneto” Magnus is the father to Pietro and Wanda Maximoff. In the Marvel Cinematic Universe, it is never clearly stated who their parents are, but with the Disney/Fox merger, I could believe that Disney is setting up the introduction of Magneto as their parents into the Marvel Cinematic Universe. Honestly, while Mephisto being introduced into WandaVision seems much more likely at this point, I would love to see Magneto be revealed as Pietro and Wanda Maximoffs’ father. It would be great if we could maybe even see the return of Michael Fassbender as Magneto (or James McAvoy as Charles Xavier), though I think that may be a bit of a stretch.

With only a few more episodes left in the current (and maybe only?) season of WandaVision, I think it’s very unlikely that we will get more than one maybe two big reveals by the end of the show, so it looks like we’ll probably see Mephisto manifest his way into the MCU in one way or another in the coming weeks.