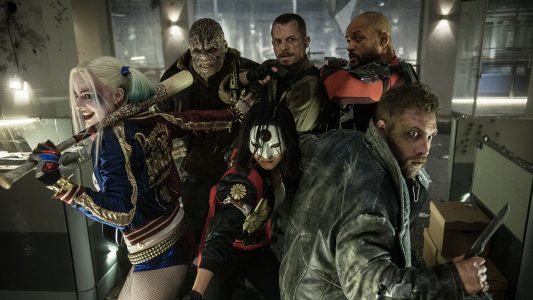 It might gall some people to think that there’s anyone in the DCEU that people could do without, or that might be easily forgotten if they were simply taken out of any future movies, but there are plenty of characters and it’s easy to think about a few of them. Like it or not, some characters just don’t add a lot to the story and are more like living props that are there to keep things on an even keel and give people someone else to look at when the camera is off the main characters. Every character usually has a very rich backstory that keeps them from being just another face in the crowd, but when there’s such a wealth of metahumans around it’s hard to think that every one of them is going to carry the same level of importance to every story they’re in. This has been made evident with various movies in the DCEU, which is still trying to figure out a working formula. It’s become clear that a few people could possibly be dropped and there wouldn’t be a single tear shed since it’s likely that people wouldn’t even notice. Hardcore DCEU fans might, but even they might have to admit that having fewer big-name characters in a movie is sometimes preferable.

Here are a few characters in the DCEU that might not be missed if they didn’t come back.

Katana has been talked up in such a way that it feels as though she should be a lot more important than she actually is. When the Suicide Squad came along it’s fair to say that only fans of the comics had known about her for that long, and she was kind thrust into the group without a lot of explanation and even the description of her blade was more of an ‘oops, have to put this in’ type of moment than anything. In other words, she was stuffed into an already full script and didn’t really fit with the rest of them since she might be a vigilante but it doesn’t appear that she was a villain at all.

It sounds terrible, but would one Amazon among the rest really be missed? Obviously she won’t be coming back at all since she was killed in the initial Wonder Woman, but it does feel as though she could have been left out and it wouldn’t have been that big of a deal since she didn’t add quite as much as people might like to think. In fact, it feels more as though the movie needed another famous face to make it work and as a result, another character was developed that could be used in a way to show Diana’s transition from naive Amazon princess to the strong-willed woman she would become.

The hope that Shazam would take on a villain that could match him when it came to power was kind of killed off when Dr. Sivana was brought in since the seven deadly sins were a great idea, but the execution kind of left a bit to be desired. Likely as not it’s because of the fact that this wasn’t the type of superhero movie that was going to get bloody or in any way disturbing, but letting the sins off the chain would have made a lot more sense and it would have given Shazam a little more to do since otherwise he’s left fighting an older man that can’t really defend himself if he doesn’t have his demon masters on hand.

For a character that was actually pretty cool in the comics, Killer Croc didn’t really do much when it came to the Suicide Squad and to be fair, his character didn’t have a lot of room to move around since he didn’t have the necessary tools to deal with the major threat. Once it came time to fight the final boss not a lot of the squad had anything that could hurt the main bad guys, even Diablo was only able to do so much. So what in the world was Killer Croc supposed to do, bite and claw everyone to death? His character just didn’t make a lot of sense, especially in the manner he was created.

Vulko made sense when it came to Arthur’s training, but as of now, it would probably be best to leave Willem Dafoe out of any future Aquaman adventures and just let him focus on other movies. He was good enough for the time he was needed, but the character added just enough and was then dispensable since by the time he became an advisor he wasn’t being listened to anyway. Plus, in a future Aquaman movie, it feels fair to say that he just wouldn’t be much help.

There are a few others that might not be missed, but as you can imagine it would create an argument over just how important they are.