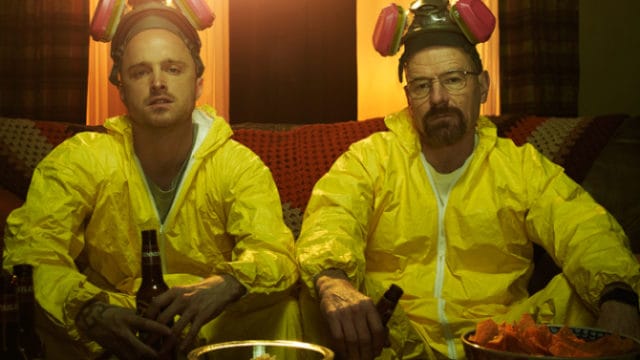 The 10th anniversary of Breaking Bad is coming up and in honor of missing one of the best shows ever created a lot of people might want to know what to watch now. The idea that any show could even come close to being worthy of mentioning in the same sentence as Breaking Bad is entirely subjective, but some people would vehemently disagree. What you might want to consider however is a story that has a good level of development with characters that don’t need a lot of add-on detail and back story to go with whatever you’ve already learned about them. Like I said, it’s subjective, but the shows listed below are at least worth looking so that you can begin to embrace another show as readily as Breaking Bad.

I know, it was a hard show to let go of.

This show has largely to do with government and the internal workings that more people want to know a great deal about. Mathison is convinced that Brody is a danger to the United States after being turned by the enemy. The entire story hinges on this premise even as it delves into other story lines and brings in different characters in order to flesh it out and give it the kind of life it needs.

4. Orange Is The New Black

OITNB is something for those that want a bit of comedy, drama, and outright messed up situations that a lot of people don’t know how to deal with. It shows the lives of the prisoners before they came to jail and what’s become of them afterwards. It’s a very interesting look at the life that prisoners have to lead and how they’re treated by different officers.

Black Mirror is a series of shows that are not related save for the fact that they take place in the same universe. A great number of the shows are said to be a bit controversial and even confusing at some points as each show is given its own identity and feel apart from the others. There is one episode that unifies them all however.

Aside from the number one pick this show is perhaps the closest to Breaking Bad out of all of them as it deals with the notorious Pablo Escobar and the burgeoning drug trade that he helped to grow even bigger. It’s not meth but it’s something just as dangerous and the stakes are just as high if not higher since this show takes place in the thick of the drug business, not just on the fringes.

This show is a direct descendant of Breaking Bad since we met Saul on the show when the guys needed legal counsel. You get to see a different side of the main character in this show however and figure out just how he came to be who he is in Breaking Bad. It’s a show that many people swear by and absolutely love.

I know, losing Breaking Bad was hard, but there are plenty of other great shows out there.