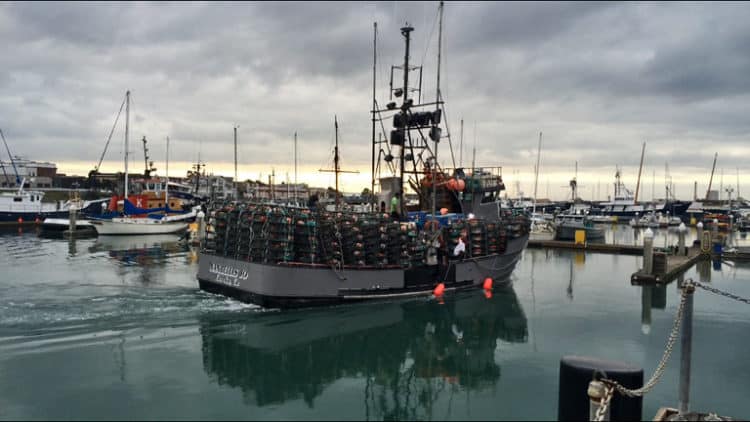 The crews on board the ships of the hit TV reality show Deadliest Catch operate in the risky world of the Bering Sea fleet in Alaska. The show was first aired April 12, 2005. The first season of this hit show marked the last season for the show ‘Derby fishing’. Derby fishing was centered on sea vessels that raced while attempting to haul as many crabs as they could; luck and hard work resulted in huge harvests for the best fishermen. Deadliest Catch premiered at a time when fishing regulations would impact the industry for many years to come. The Congress passed the Crab Rationalization Bill in 2005; the bill brought a number of regulations that reduced the number of sea vessels actively fishing from more than 250 to around 80. Of the 80 vessels, moreover, 65 or more are crab boats that are not featured on the show, and some viewers have questioned the equity behind this. The Deadliest Catch series has some of the most legendary and successful vessels in the fishing industry. The boat owners, captains, and crew members have gone through dangerous and competitive environments of crab fishing before even Discovery Channel began to air the show.

The success of Deadliest Catch was not foreseen; the Discovery Channel hit a jackpot by enabling it to air. It only makes sense for the media network to replicate such success through a well-thought spinoff. For instance, by the show’s thirteenth season, Discovery Channel began to focus on the relationships and personal lives shared by the crew members. The show, with all its treacherous seas, rough brawls, equipment failures, arctic storms, grinding schedules, deaths at sea, and painful injuries, is an epic saga. It is not a surprise that viewers storm through the adventures and cheer their successful undertakings.

Below are the top five Deadliest Catch spinoffs that might be successful.

This spinoff came into fruition 11 years after Deadliest Catch first went on air. Even though it might be a tall order for it to follow on the footsteps of its predecessor, Dungeon Cove offers enough promise to operate on its own with time.  It still needs to develop but we see no reason it can’t duplicate the success of the original.  As far as the rest of our picks?  These are speculative ideas.

Something Based on a Different Location

Obviously, a proposed spinoff will have to be filmed at a different place. Dungeon Cove, for instance, is located at Newport, Oregon along the Graveyard of the Pacific. This area stretches from British Columbia to Oregon, and it is among the last towns remaining in this area. The location is quite far from the Bering Sea, where Deadliest Catch is filmed, but the dangers remain the same if not more. A successful spinoff will definitely have to come up with a different location to shoot their escapades.

Something Based on the Fish Harvested

Deadliest Catch focuses on the Alaskan king crab. A good spinoff, however, should have to change its central focus; the Dungeon Cove show, for example, has centered its focus on the Dungeness crab fishing. A good spinoff would choose to go with the Dungeness crab: there is a big market for the species in North America, and it is quite popular for consumption. The Dungeness crab, moreover, is referred to as the king of the West Coast, and it is primarily found in the Pacific Ocean. This crab species is what drives and maintains the economies of numerous fishing towns along the states of Washington, California, and Oregon. Moreover, a Dungeness crab derby exists if you have never heard of it before. The crab derby represents one of the oldest fishery derby formats in the world. The spinoff show should try to harness the power of such an event since it attracts so many people from all corners of the globe.

Something Centered Around Family

One of the best ideas a spinoff would have is to involve family. Once fishermen leave home and go to the sea for months, they would far from their loved ones and survive through their tribulations by themselves. The spinoff should figure out a way of ensuring that the loved ones on land go through the same experiences as the fishermen on the sea. For instance, if there is a storm, everyone would feel it not just the fishermen on the sea. The families should also be afforded more time on the screens as compared to the original Deadliest Catch show.

Something Based on the ‘Behind the Scenes’ Events of the Show

The Deadliest Catch is, without a doubt, a successful reality show. The Discovery Channel was very lucky to stumble upon it once they started capturing the real-life drama that goes on aboard the boats. Crews constantly have to go through inhospitable and fierce environments in the hopes of making some good money. The waves toss the boats around, and with one mistake, the machinery could sweep an unsuspecting crew member out into the sea at any moment. This job is not designed for the faint at heart, and these struggles have always attracted many viewers over the years. Despite the high drama that is presented on the show, some of the best events happen off camera. The Deadliest Catch has a large cast and a large crew as well behind the scenes. With so many crew members, plenty of interesting drama is bubbled over the seasons. Whether it is high profile civil suits, breaking the law, or production trickery, there is always more to view than what meets the eye.

For instance, did you know that the show does not air the deadliest kind of crab harvesting? The life of a traditional fisherman was a lot deadlier than today. Increased precautions and safety measures have saved very many lives, and they continue to improve. However, there are still numerous risks associated with crab harvesting. Overall, fish harvesting comes in at number two in the list of dangerous occupations. This is despite there being a 74 percent drop in fishing fatalities in Alaska. Groundfish, like flounder and cod, still remain to be deadly.