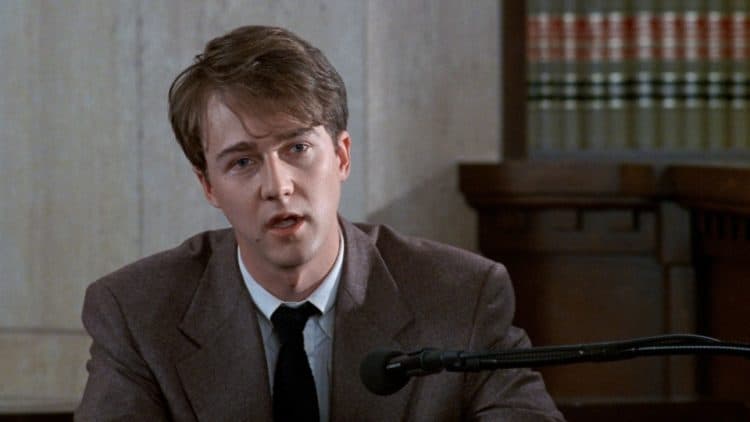 In order for an actor to really make an impact in show business, their debut performance has to be something special. If this isn’t the case then their career can go a number of ways once they’re fully integrated into the business. Of course, if their debut is great and they do nothing afterward they might be remembered for their first role and nothing else. But there have been debut performances that have blown us away and turned people on to true talents that have either continued to grow throughout the years or have slipped into memory due to various reasons since the individual might have fallen off the map or failed to live up to their own hype. In any case, the performances we end up remembering as one of their greatest become the first measuring stick that people tend to use when thinking of said actors and how great they are now or could have been had they continued onward in the same manner. It feels a bit unfair to judge someone by their past performances, but obviously life isn’t fair and this is what tends to happen on a regular basis.

With that said, here are a few of the best debut performances that really blew people away.

This is an example of a star whose career and life ended far too soon for the liking of anyone since he was considered to be one of the biggest talents of his time, and despite the fact that Rebel Without A Cause was considered one of his best movies, East of Eden is still his big debut role that had people talking about James as a star and someone that could possibly blow up even bigger if his life hadn’t ended so tragically. The fact that people still bring up his name is evidence that he’s been turned into a legend since as some might argue there’s no way to know if he could have been great. But the point is that he was great in his own time.

Some folks have actually had to question the idea that Natalie Portman was in this movie, but it’s true, she was. As the young girl, Matilda, she kind of stole the show at times since Jean Reno and Gary Oldman are without a doubt great actors and can perform circles around some folks, but Natalie was a big star in this movie and made it known. It did help that her life was a tragic tale since her character was routinely abused by her father, her sister, and looked down on by everyone but her little brother. Their deaths were horrific in a way since they were killed by law enforcement agents, but it definitely added to her performance since she was the last survivor, and her desire for revenge was what helped the ball to get rolling.

This movie could have sent Paul Hogan’s career skyrocketing to the top, but it was his one big hurrah to be realistic since the sequels that came after this one proved to be about as lackluster as they could possibly be and didn’t really do any justice to the first movie. For a time he was one of the biggest stars in Hollywood since Crocodile Dundee was a fun movie and something that inspired a few catchphrases that were spread around for a while. Even now the influence that this movie had on show business can be felt since there was a rumor that Crocodile Dundee was making a comeback, but of course, it never happened.

The saying ‘It’s not Christmas until Hans Gruber falls from the Nakatomi tower’ is more than just lip service to this great actor since Rickman played one of the most perfect villains of his time and managed to make a memorable character that’s still celebrated at this point. The fact that Rickman, unfortunately, passed away not long ago did nothing to change this fact since many people will still comment when the Christmas season rolls around. At the time the movie was released there wasn’t much chatter concerning the idea of it being a Christmas movie, but the argument was nearly settled a few years back.

‘Wow’ about covers it when talking about this performance since it was something that people weren’t fully expecting and it turned out to be great enough that it earned Edward Norton an Oscar nomination as well. The fact that there was a twist at the end was even better since it meant his acting had to be even more convincing given that the audience was of the mind that his character was truly disturbed. By the end of the movie, the thought was that no one had realized just HOW disturbed the character really was.

Sometimes the first performance is bound to always be one of the best.