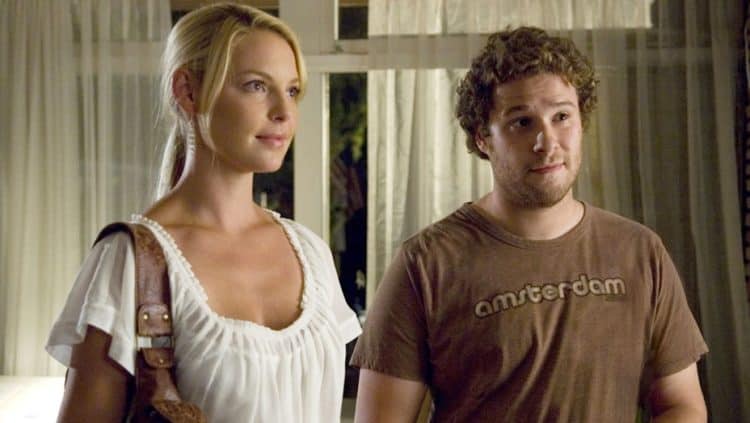 Whichever way a person wants to argue, the reality of the movies is that there’s almost always a double standard being pulled somewhere, but finding out just what it is and how it’s being used could make people care about it less and less. It might be a major plot point of the movie, or it might be so inconsequential that worrying about it is relatively pointless since there’s no need to really go on and on about something that people aren’t going to care about. How these double standards are used and how they’re presented is extremely conditional since if used correctly then people might laugh them off and not care, since like it or not there will always be at least a few double standards between men and women since we’re not one hundred percent equal thanks to our many differences. But when the double standards are used in a careless and irresponsible fashion then it’s time to call them out and wonder why the director thought that such a thing was a good idea. Until then though, it’s usually better to watch the movie and hope that the double standard is corrected at some point and doesn’t persist.

Here are a few double standards that exist in the movies.

5. A woman being beaten up by a man is hard to watch, but a woman beating up a man is funny or justified.

It sounds horrible, but women want equality in everything and while that’s agreeable since it should happen, it also means that being equal is going to come with some downsides as well. If a female character in a movie can get in there and slug it out with the guys then more power to her, but the fact that women beating on men is funny kind of depends on the context of the movie. if it’s supposed to be a comedy then sure, it’s not a big deal. But if women or men are shown to be beating on each other for no good reason then it’s horrible either way, but the women do tend to get more sympathy than men.

This isn’t something that always happens since there are plenty of female villains that don’t get the backstory that paints them as innocents that turned bad. Men though are usually seen as individuals that had no options and made the wrong choice and tend to become irredeemably evil. Again, it’s not something that happens with every movie, but it appears to be the norm since apparently, men don’t need much of a reason to go bad while women tend to bad because of something a man does. It’s a double standard with a pretty vicious bite since it can condemn a story pretty quickly.

3. Men tend to have more team-up movies than women.

This is hard to argue against really since the truth is that more teams are comprised of men in the movies, but there has been a desire to see more involvement from women as the years continue to go by. Plus, there have been some all-women teams, but they’ve rarely been seen to work as well for various reasons. Movies such as Bad Girls, Charlies Angel’s, and Ocean’s 8 have had varying success over the years. It’s not really that people don’t want an all-woman team, but it’s a movie that really needs to be well-constructed and definitely well-cast in order to really make it work. That’s why Ocean’s 8 was kind of confusing since the cast was pretty well-rounded, but it’s the fact that they didn’t switch up the format, at all.

2. Less than attractive men can be hired while beautiful women are usually altered to look unattractive.

Let’s face it, there are unattractive men and women in Hollywood, and they all need the work at times. But for one reason or another, the less than attractive guys tend to find roles while the less than attractive women don’t always find roles for various reasons. One happens to be that if a person tells a woman she’s unattractive and that’s why she got the role, suddenly they’re a pig for saying so. But telling a guy that he got the role because he’s ugly is just ‘meh’.

It does have to be said, mutual attraction is necessary for people to get together, and in the movies, there are some pairings made that really don’t make sense, but could possibly be explained later on. But the standard is that if an ugly guy gets with a pretty girl it means that he has some type of unique personality that she likes. If a good-looking guy does go with a less than attractive woman he’s either a fool, has a good heart, or something is up. But if it doesn’t happen then he’s just a pig and can’t see past physical appearance.