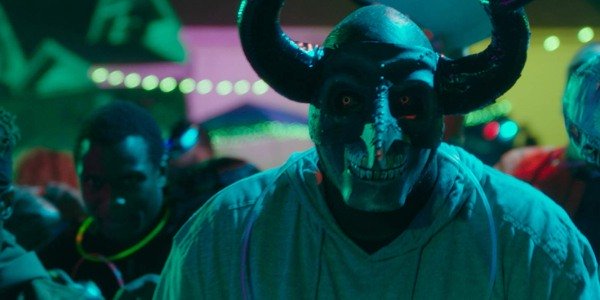 Home invasion thrillers are a great way to explore the differences between the haves and the have-nots. After all, the fundamental basis of the genre is predicated upon poorer people breaking into richer people’s houses in order to try and move up the class ladder.Â  Now with Best Picture winner Parasite containing elements of the genre and using it to explore the disparities in class between different members in South Korean society, it got us thinking: what other home invasion thrillers are class-conscious, using the tropes of the genre to comment upon the many inequalities that exist in society? Spanning from old to new, we have created a list of five essential home invasion thrillers that look long and hard at the kind of societal breakdown that even leads to a house being broken into.Â  Considering that three of these films on the list are from the USA – one of the most unequal societies in the West – one can see why critics and audiences alike could find so much to like in Parasite. Read on below to see what we picked. Don’t agree with our choices? Think we missed something obvious? Let us know all about it in the comment section below.

It’s worth stating that you have to hold a certain level of material wealth before you can even afford a panic room. Located in a beautiful brownstone house on the Upper West Side of New York City, the panic room of David Fincher’s eponymous film is a metaphor for the way rich people can lock themselves up and avoid dealing with the real problems of the world.Â  It stars Jodie Foster as the owner of the gorgeous house, which in both location and form, evokes envy in all who lay their eyes upon it. When it is broken into by three criminals, her character can escape into the panic room with her daughter, a young Kristen Stewart, and still be able monitor the movements of these crooks through multiple TV screens. The result is a thrilling exercise in form by Fincher that is as enjoyable to watch for its technical virtues as its satirical message. As we mentioned before, Panic Room is one of five reasons why he would be the perfect candidate to direct the upcoming HBO Parasite TV show.

Don’t Breathe turns the tables, making the invaders the sympathetic characters while portrayingÂ the man being invaded as some kind of a monster. The heroes need the money in order to move away from their deadbeat family and broken-down Detroit neighbourhood, taking the job to invade a house with $300,000 hidden inside it rather reluctantly. But once they get in, they find more than they bargained for, fighting for their lives against a brutal old man.Â  Innovative in form for the way it makes the old man blind, so he has to rely purely on sight to catch his victims, Don’t Breathe is a high-concept horror with something really pertinent to say. It also doubles up as an analysis of some American state’s quite lenient stand-your-ground laws – in which the owner of a house has the right to basically kill trespassers – showing that some cases simply aren’t that clear cut.

Funny Games satirises bourgeois society in brutal, lacerating fashion. Telling the story of two Austrian men who break into a vacation cabin and hold the mother, father and son hostage, it is a tremendously fascinating deconstruction of the home invasion genre.Â  Michael Haneke strips away the artifice of the invasion thriller, including any real sense of tension, to portray the amorality of these two men in an extremely raw fashion.Â  Commenting on the violence of movies themselves – which encourage us to enjoy such moments – with fourth wall breaking glee, Funny Games doesn’t want us to look away. It wants us to think about what we are actually watching. This critique of media violence doubles up as a critique of bourgeois assumptions, the naturalistic framing of the film itself asking other middle-class people to really consider what they would do if this happened to them.

Jordan Peele’s mesmerising follow-up to Get Out, Us switches a racial critique for a class one instead, telling the story of a young family attacked by their own doppelgÃ¤ngers. They are a relatively well-off family on vacation in Santa Cruz, enjoying their holiday until they are faced with another vision of themselves; distorted, angry, ready for violence.Â  The horror tricks of Us can be interpreted in many different ways, but the angle of class is a fascinating one. The concept of the tethered living underground waiting for their moment to rise can easily be read as a comment on the way the lower classes are put down by the rich: ignored, trapped, and unable to move up in the world. By using the theme of the double, Us shows how easily one could’ve been left behind by society; preaching the concept of tolerance and inclusion while delivering endless genre thrills.Â

The massively successful Purge franchise is predicated on a great idea: what if, for one night a year, all crime was legal? Based on the ancient concept of the carnival, in which people are given, at least for one day, a chance to purge their worst impulses, The Purge focuses on one family who believe that, thanks to the huge amount of technological resources they own, they will survive the night just fine.Â  It’s a deeply cynical film, with Ethan Hawke playing the man who developed the technology itself, making a mint by profiteering off this system. After all, in the world of The Purge, it is the richest families that are the best prepared for disaster, showing that lawlessness adversely affects the poor. The wider point here, of course, is that the people who make the laws are safe, while those with no power simply bear the brunt of its worst ideas. It has been immensely successful, inspiring a franchise that includes four films (with an additional one coming this year) and a TV series.