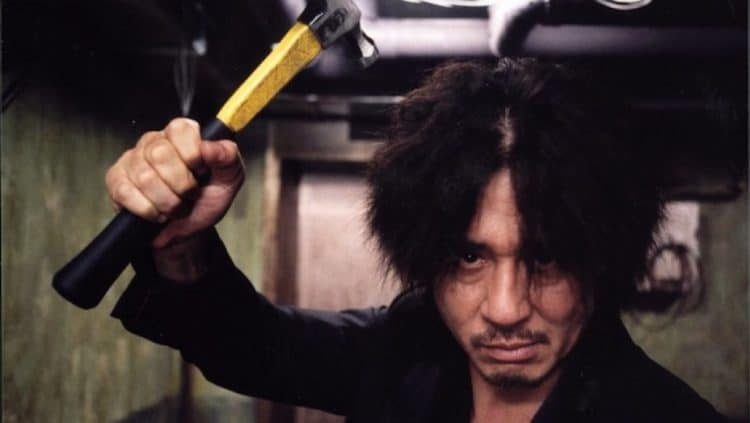 With the great news last Sunday night, Korean cinema has been officially put on Hollywood’s map. After not receiving a single nomination in the Academy Award’s 92-year history, Parasite has done the impossible and taken home the biggest prize of all, the Best Picture award, as well as winning Best Screenplay, Best International Film and Best Director. A true watershed moment for the award ceremony, especially considering that a foreign language film has never won Best Picture, it confirms an already unassailable fact: Korea has one of the best film industries in the world.

Whether you are new to the fantastic world of Korean cinema, or are simply looking to expand your sensibilities, we have five modern South Korean classics here for you to watch. Spanning from monster movies to epic revenge thrillers to enigmatic studies in class and sexual relationships, the variety of films on offer, all released within the last twenty years, truly show that Korea is one of the world’s most exciting filmmaking nations. Read on to see what we have picked. Think we missed something essential? Let us know in the comment section below.

Bong Jong-ho moves between different genres unlike any other director. The Host is a great case in point. A mixture of the familial drama, institutional failure exposé and the good old fashioned monster movie, The Host collides these different genres together with ease, providing something truly unique in the process.

Telling the story of a family uniting to recover their daughter after she is abducted by a gross and slimy river monster, The Host offers both the thrills of watching a city under destruction and the emotional resonance of a family working hard to undo its damage. Critical of the American military presence in South Korea as well as the failures of their own government to act quickly enough in disaster situations, its greatest strength is its complete lack of subtlety. Add in slow-motion sequences, musical moments and one of the most satisfyingly creatures ever committed to film, and The Host stands up alongside the original Godzilla movie as one of the best creature feature films ever made.

Hong Sangsoo is one of South Korea’s most prolific directors, delivering at least one film a year since his first film in 1996. A true humanist in nature and execution, his films always return to similar core elements: men’s problems with women, women’s problems with men, the difficulties of artistic expression and the way emotions can be quickly released after drinking too much soju. The best demonstration of this technique, and the possibilities it can bring, can be found in his masterpiece Right Now, Wrong Then.

Starring his muse and lover Kim Min-hee, Right Now, Wrong Then is basically two films in one; tackling the same situation twice, but with different variations. It tells of an encounter between a man and a woman, with the first unsuccessful and the second somehow succeeding, but not in the way you think. A clever and witty work, with shades of Sangsoo’s key inspiration Eric Rohmer, it shows his penchant for great dialogue, lengthy takes and deep inquisition into human nature.

The first film that introduced me and many others of my generation to Korean cinema, Old Boy has had a huge impact on action cinema worldwide. The second instalment in Park Chan-wook’s incredibly violent Vengeance trilogy, it tells the story of Oh Dae-su (Choi Min-sik), a man imprisoned in a hotel room-like cell for 15 years for reasons that he doesn’t understand. Once he is let free, he starts an journey across Seoul to discover the reasons for his imprisonment.

It is an incredibly raw work, its conclusion in particular revealing depths to human nature rarely plumbed so deeply or so successfully in film. It has had a huge influence on revenge dramas and action films in subsequent years. The iconic fight scene in particular, which simply tracks our hero in one side-on take as he fights multiple men with a hammer, presented a new and exciting way of portraying action; imitated by many, but rarely bettered.

Kim Ki-duk’s Spring, Summer, Fall, Winter… and Spring is contemplative, quietly philosophical cinema at its best. It tells the story of a Buddhist monk living in a monastery that floats on a lake in the middle of a forest, charting his life as it passes through the seasons, including childhood, early adulthood, middle age and old age.

It is a deceptively simple premise, Kim finding ways to express the mysteries of life through the use of repetition, silence and the presentation of classic Buddhist symbols — such as a variety of different animals. It invites the viewer to become a part of its flowing narrative and to contemplate concepts such as timelessness, transcendence, desire, awareness and death. It was also a major departure for the director, who was previously better known for violent action films. Without ever sermonizing, the film seems to just exist, making it so much richer in the process.

Burning’s success two years ago — such as its rapturous reception at Cannes — before just missing out on an Oscar nomination for Best Foreign Language Film, could be seen as something of a trial run for Parasite’s eventual success. Like Parasite, Burning is a fascinating study in class resentment, this time told through a deadly ménage à trois.

Based on the short story “Barn Burning” by Japanese author Haruki Marukami, it tells the story of a working-class young man named Lee Jong-su (Yoo Ah-in) who bumps into his childhood sweetheart Shin Hae-mi (Joen Jong-seo) and quickly falls in love with her. When she returns from a holiday in Kenya however, she brings in tow a rich, sophisticate from the notoriously wealthy Gangnam area. Played with relish by Korean-American actor Steven Yeun, he represents everything that Jong-su is not. What ensues is a devilishly clever slow-burn thriller that keeps the viewer guessing right until the brilliantly enigmatic final shot.