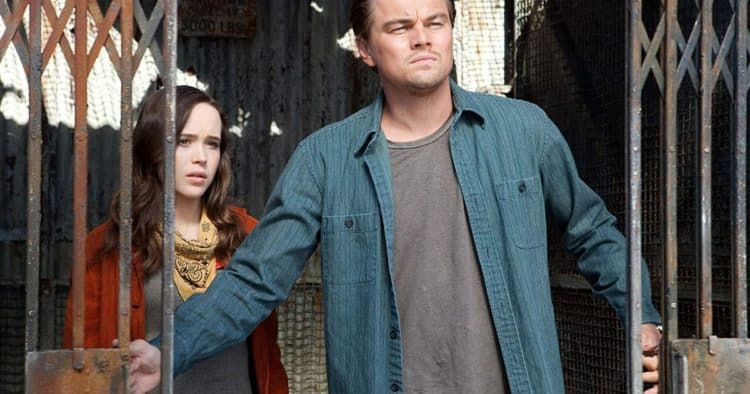 Some movies have what’s called an ‘open’ ending, meaning that they don’t really have an ending that one would call ‘the end’ since the story is bound to keep going, but we just don’t know where or in which direction, at least not when the movie first releases. Some of them have had sequels that just don’t stop coming and some were a one and done kind of movie, but the idea is that open endings are great since they allow the moviegoer’s imagination to fill in the blanks and discussions to abound since people actually want to know what happened and how, or if, the story would continue. In some cases, these movies would have been much better if they would have been left alone after the credits started rolling, but of course, some studios see and smell money and they can’t stop themselves from continuing forward as they eventually kill the franchise. But there are some movies that would have been great if left alone, and some that people gave up trying to think about when it came to wondering just how they would end.

Leonard is kind of a sad case since he can’t make any new memories and he loses them every few minutes if he doesn’t focus since a head injury damaged a part of his brain that makes it impossible to remember anything that he just did. Unfortunately what this means is that he’s easy to take advantage of and is searching for a killer that has already been dealt with, he just doesn’t remember. After following the many clues he leaves for himself he finally comes to a conclusion, kind of, that going forward, as much as he can, is the only direction he’s interested in. Of course, at that point, he’s simply following a trail that is bound to keep looping around and around without an end.

If only this movie had been left alone after the first one, the second and third one wouldn’t have been able to kill so much interest in it. The confusing metaphysical twists and talk about choice kind of soured the Matrix for a lot of people, but the ending to this one was perfect. It had already been established that Neo was now aware of his power, he was aware of the Matrix, and he was going to make people aware of it. He basically poked the bear at the end to let the metaphorical ursine know that he was fully aware, or believed he was and would be actively coming for the Matrix from that point on. That would have been perfect to leave with.

People are still willing to argue about whether this movie’s ending was a happy one or not since some people believe that DiCaprio’s character never left the dream, while others want to think that he did in fact get to go home and see his kids. If one is really looking, I mean REALLY looking, they’ll see the top beginning to wobble precariously near the end, but of course, the credits start to roll the movie that it looks as though the top will tumble a little further. Obviously, this was done on purpose to get people talking, but it’s easy to think that each person can believe what they want when it comes to whether or not the character managed to get a happy ending.

2. Pirates of the Caribbean: Curse of the Black Pearl

Captain Jack had the Black Pearl back, he had a crew that would sail with him, and Elizabeth and Will were together and were being allowed to make a getaway. Some would say that was a happy ending, but Norrington was bound to chase the Black Pearl eventually, and Will and Elizabeth were facing an uncertain future, so the ending was still pretty open. But the ending of this movie, from the moment, that Jack gets the Pearl back to the moment that he speaks the final line, is simply great, and it opens up the possibilities for the character and his crew in such a big way that one can’t help but think it would have been better as a one and done.

It was down to MacReady and Childs, and neither man knew if they could trust each other after the final fight. Childs had just disappeared, and MacReady might have been an alien for all he knew since it was seen that the men didn’t really know who they could trust. But many people are still divided on how this ended and how it could have ended. Was either man the Thing? Was neither of them infected? They were both goners it looked like unless someone was nearby that could have noticed the fire. It’s a good question.

Sometimes open-ended movies are the best.