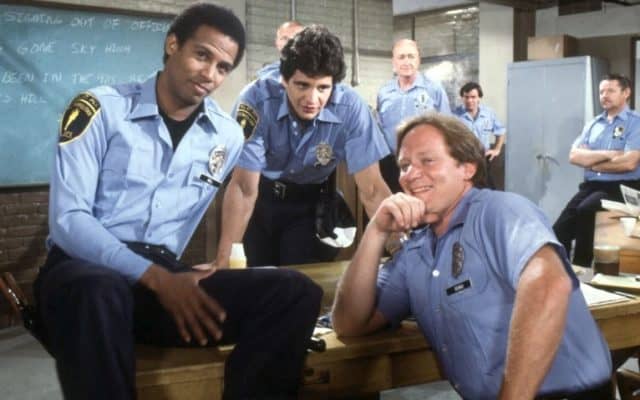 The 70’s seemed like an odd time for entertainment unless you were living in them. The TV shows and their themes however are the type that managed to stick in your head once you heard them and wouldn’t go away for a while. That tends to say a lot when it comes to just how memorable they were, though it’s a safe bet that a lot of people that watched them couldn’t tell you a whole lot about the episodes other than their favorites. On thing is for certain about he 70’s shows though, they seemed like they were a lot friendlier in nature than a lot of the shows that are on today.

Nowadays it’s more about quantity than quality in programming.

The story of a man and two women bunking together sounds like, in this day and age, something that would inevitably lead to a romance show that would offer up a tryst or two that might lead to a whole lot of drama. Honestly though while this show was laden with sexual innuendo it was about as funny as it could get since the characters were both animated and kind of over the top. It was fun while it lasted.

The Jeffersons was kind of an inspirational show since it featured two African-American individuals that were moving into a very fine establishment and were in a sense moving on up in life. It showed that those of color could in fact achieve something just like anyone else and was a part of a movement that allowed African-Americans to realize that the American dream wasn’t just the thing of pipes.

If you wanted a show that was rarely seen at port and took place on the wide open ocean where anything could happen so long as it was within the confines of the ship then this was it. Thankfully on a cruise ship there’s a lot of room to do a lot of things so the story never really suffered for content. It simply outlasted its time and even after a reunion and an attempt to bring it back it was time to say goodbye.

The Fonz was loved throughout at least two or three different generations since he was just the epitome of cool. By the 80’s though Winkler had to come up with a new act, as the aging hipster had finally reached the limit of his cool with the character and needed to move on. Thankfully he and the rest of the cast found another direction to go when the show was over, and several of them found their calling as they grew older.

The day this show said goodbye for the final time was one of the saddest moments in TV history. Whether you watched it for the drama or the comedy, or both, M.A.S.H. was without a doubt one of the greatest shows ever created. There were a couple of attempts to bring it back, but thankfully they didn’t pan out.

Sometimes the greats need to remain a fond memory.