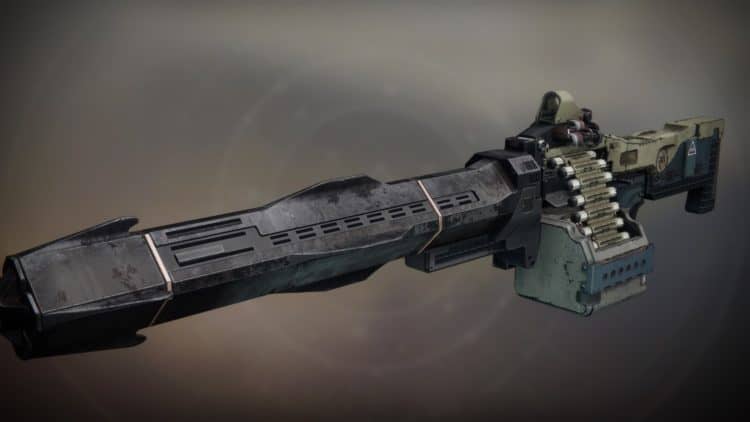 Destiny 2 is full of neat and exciting Exotic weapons like Ace of Spades, Witherhoard, Chaperone, Anarchy, and so many more. Bungie has also implemented another Exotic feature for these weapons known as Catalysts. These Catalysts give Exotic weapons a solid boost that makes them even more powerful than before; however they aren’t just handed out, you have to find them in certain activities like Strikes, Crucible, etc. and then complete the following set of tasks in order to complete the Exotic Catalyst. Certain Catalysts are easier to complete than others while certain Catalysts like the Sleeper Simulant Catalyst required thousands of kills while certain weapons were equipped as well as defeating 500 enemies with Sleeper Simulant. Not a very fun catalyst to complete. Quite a few Exotic weapons have Catalysts nowadays, but there’s still a few that are missing them, so what Exotic Catalysts do we want to see in Destiny 2?

Wish-Ender is one of those Exotics that have so much potential, but is so under-powered as it stands right now. It’s a Kinetic Bow that deals a devastating amount of damage and can also bypass elemental shields – sounds great right? Well, it used to be. Now, Wish-Ender is just another Bow that, when compared to Trinity Ghoul with it’s insane Catalyst, is just useless. I don’t really know how a Catalyst could work for Wish-Ender – it’s not like Bungie can give it more ammo in the magazine considering it’s a Bow. Maybe increase damage when the Exotic perk is active? Give it Killing Wind? I don’t know, but there’s definitely a lot of options.

Thunderlord is an Exotic that hasn’t really seen much love since Bungie threw it in with the 2018 Festival of the Lost event. I like using it, it’s fun, it’s good – to quote all of the Maxwell Lord memes, “but it can be better.” Whether it’s a magazine bump, reload speed increase, chain lightning chains to even more enemies, who knows? I still would like to see Thunderlord get a pretty decent Catalyst sometime in the near future.

Xenophage is by far one of the most asked for Catalysts by the Destiny community. Xenophage is by far one of the most powerful Exotic weapons in the game and it can put out some some huge damage. The biggest improvement that I can think of that would benefit Xenophage is a Catalyst that increases reload speed. That’s it. Give us a faster reload time and maybe some deeper ammo reserves and we’ll be happy; it doesn’t need more damage or better target acquisition, faster reload time and larger reserves are the best improvements that Bungie can implement with a Xenophage Catalyst.

I know I’m not alone when I say that I hope the illustrious grenade launcher that previously dropped at the end of the Scourge of the Past Raid, Anarchy, gets an Exotic Catalyst – and soon. Anarchy, while all-so powerful, has still gone Catalyst-less (Cata-less?) since its introduction to Destiny 2 and I think that it’s time that Bungie changes this. It’s already pretty powerful, so I don’t really think it needs a damage buff, although I wouldn’t necessarily say no to it, I can’t really say for sure what exactly I think it needs, but it needs…something. Full court maybe?

Hate me all you want – Chaperone is my favorite weapon to use in PvP. It’s fun, it’s good, and it takes some skill to use properly. The main thing that I would love to see on The Chaperone is even more range, although I think that’s probably a bit extreme as the range on the gun is already through the roof. More than likely, if and when The Chaperone receives a Catalyst, it’ll probably be something like the time to aim-down-sights is reduced or maybe Outlaw? Outlaw would probably be a bit too powerful, but I would gladly kill 1000 enemies with The Chaperone in Crucible just to get even more range or a reload speed perk slapped on there.

With Season of the Chosen being a week away and no word on any new Catalysts, except the new Season Pass weapon, I doubt we’ll get any of these or other Catalysts anytime soon. There’s always the chance that Bungie will surprise us with a few more, so here’s hoping that’s the case. Until we get some official Destiny news, however, I won’t be holding out much hope. What do you think? Do you want to see these Exotic Catalysts in Destiny 2 as much as I do? What Exotics do you want to see a Catalyst for in the future?