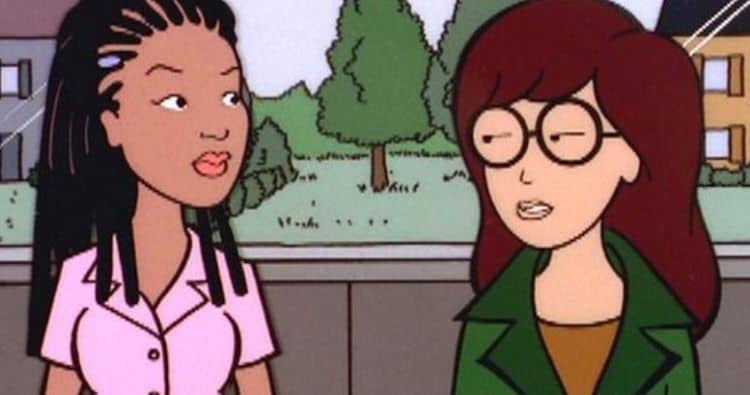 How many people remember Daria? It was a Beavis and Butthead spinoff that took off on its own and created a new buzz around a titular character that was extremely sarcastic and did her best to get through life with a popular but vapid sister and a host of characters that ranged from being just like Daria to being among the various faces that one might have recognized from high school. In a way it was the 90s version of the average teen, or what some people might have seen as the average teen. The spinoff of this show, Jodie, is going to explore things from another angle in an attempt to show the difference between those of color as it pertains to the world today. Some might be rolling their eyes and wondering how far things are going to go, but keep in mind that it’s an animated show and it’s very likely that the hilarity of it will continue to be one of the main points even as the rolling social commentary is bound to come up now and again. The point of the show is to bring up something new in a way that people will want to see after all.

Here are a few things that might be expected from the show.

5. The program will showcase struggles in the workplace.

Such subjects as this tend to be enough to make a lot of eyes roll, but the reality of it in an animated series can be pretty funny if it’s done in a way to stimulate humor and at the same time show a very real issue. With everything that’s been happening in society at this point and time it’s easy to think that it would be shown in just about any form of media that can accept it. Plus, in an animated show it’s likely to carry a little less of the sting that a live action show might carry simply because few people take animation as seriously as live action. Also, there are plenty of chances at humor in an animated workplace.

4. It will focus on many issues that Generation Z is currently facing in society.

One might want to laugh at the ‘issues’ that Generation Z is having to deal with in our current society, and it’s very easy to do, but there are plenty of issues that are very real. It’s not that easy for those born into this generation when there’s a great deal of pressure to believe one way or another, and it’s likely that placing it in an animated show is going to bring a certain level of humor but possibly a level of awareness as well that people might not fully expect. It’s not something one might notice a lot of times in an animated series, but there is the idea that such subjects could be broached in this manner and be given greater attention.

3. There will be some focus on social media.

Actually the likelihood is that there will be more than a little focus on social media since the technology that’s available now wasn’t available back in the 90s, and the ability to converse with and get opinions from people a world away should be something that factors heavily into the show. After all, social media is a big part of a lot of peoples’ lives at this point and it’s not too hard to think that it will be represented in a big way in this show if only to remind everyone of how integral it is to the lifestyle of so many.

2. The show will focus on the issues that young black women deal with.

Seeing as how this is a hot button topic right now it’s very apt to be something that will show up as one of the leading drives of the show and will permeate every part of it. In a way it does feel as though this will be one reason why a lot of people watch or don’t watch the show based on their desire to see what it might say and what other subject it might approach. Of course it’s going to have to bring each subject up in a way that won’t offend people too much, but it’s very likely that it will do its best to present a very unique experience.

1. Daria could make at least a couple of appearances.

Given that this show is a spinoff of Daria’s it feels only natural that she’d show up now and again, even if it’s only for a couple of quick cameos, almost as a way to remind people that her show was responsible for this one being made. Apart from that it’s also a way of passing on the torch from one show to another, kind of a respect thing that is nice to see every now and again.