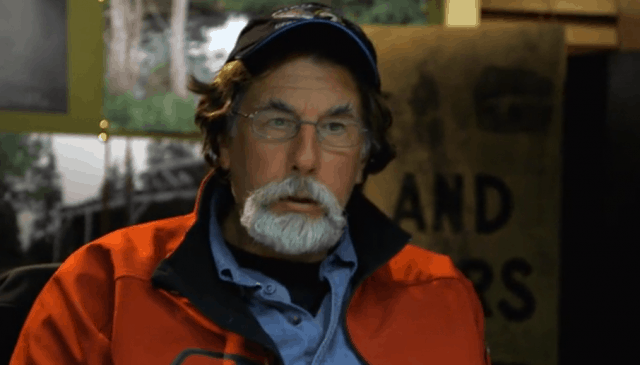 As everyone gears up for the finale of The Curse of Oak Island, starring brothers Rick and Marty Lagina, many people still wonder what’s actually going on over there.Â  How much is fable and how much is reality?Â  Obviously there’s no conclusive answer if it’s totally untrue because one could simply say “Just because they haven’t found anything doesn’t mean it’s not there!” But there are a lot of facts that suggest there isn’t in fact anything there despite people’s obsession and an entire show being based around finding whatever it is people are looking for.Â  And that’s what we want to explore right now.Â Â  But before that let’s talk about the legend of the “money pit” first.

It was the year 1795 when young Daniel McGinnis, a boy of only 16, rowed to Oak Island in Nova Scotia on a journey of exploration. On the eastern end of the wooded island he found something out of place: an old wooden tackle block suspended from a heavy branch, and on the ground below, a sunken depression.Â  Over the coming weeks they finally reached 30 feet – that’s incredible for three teenagers – and along the way found two more log platforms. By then the difficulty and frustration won, and they gave up.

But the local newspapers had made the pit something of a phenomenon. A few random people came and tried to dig further, and around 1803 a mining group called the Onslow Company took over the island and made the first really serious effort.Â  Ever since that time it’s been a race to see what people can find in what they call the “money pit.”

To make a very long story short, many companies and investor groups have taken over the island and launched major digging efforts, costing millions of dollars and the lives of six men killed in various accidents.Â  Is there anything even down there?Â  Evidence and theories may suggest the contrary.Â  Here are 5 theories that seem to be plausible.

Coconut fiber is a major element in the Oak Island story only there’s one problem.Â  Coconuts are not found in Nova Scotia, nor anywhere in the vicinity. The closest place coconuts were found in the 18th century was Bermuda, about 835 miles due south of Oak Island.Â  How would 300 year old coconuts get buried 50 feet underground when there was nobody around to do it, in a booby-trapped shaft that nobody had the technology to dig?

It’s really those flood tunnels that put the Money Pit over the top of anything you could expect pirates or anyone else to be responsible for, especially during a century when no Europeans were within thousands of miles. Divers would have needed weeks or months to cut subterranean tunnels from the bay nearby to the 90-foot level of the Money Pit.

Accompanying his map, Joe Nickell said “The artifacts are not properly documented archaeologically, and most would appear to derive from historical activity on the island or from subsequent excavation or hoaxing by workmen.”Â  This is referring to a stone tablet and as well as gold chain links and parchment.

Another sinkhole was found in 1949

In 1949, people actually found “another money pit” on the island. It too was a sinkhole, supposedly with a stone tablet, and when they started digging it too had flats of logs at regular intervals. But nothing ever came of it, not even to say it was a bust, only that it went no further.

What many people fail to realize is that there’s been over 40 pits dug since the first attempt was made. These pits have collapsed and filled in, leaving a lot of debris, mining equipment, timber and tools behind both over and under the ground. Over the years no one kept proper records of what they did or where exactly they dug, and the location of the original money pit is long lost. The whole area is just a mess of old mining pits, left over equipment, and to top it all in the sixties the whole area where the money pit was thought to have been was dug up, down to a depth of fourty meters and a length of 30 meters, turning the area into what resembled a large open pit mine. The removed dirt was dumped onto the beach where it was thought it might plug the famous booby trap tunnels from flooding.

So when you see various researchers try to make sense of the geography and find clues in the terrain keep in mind that they’re looking at a changed landscape, and any clues left there will have long since disappeared. The whole area and the ground beneath it where the now long lost original money pit once was (referring to the first digging effort, not the treasure) has been dug up, mined and drilled so thoroughly that its impossible for anyone to make sense of it anymore, let alone make a meaningful attempt at finding the original money pit.

Having said that, I watch the HC show with my ten year old nephew. He’s fascinated by the story, and I’m okay with ten year old boys having their imaginations filled with stories of buried pirate treasures.

You can also read, The Secret Treasure of Oak Island by D’Arcey O’Conner.Â  And obviously if you’re still interested you can always tune in to The Curse of Oak Island on Tuesdays at 8pm EST on History or check out the DVD.